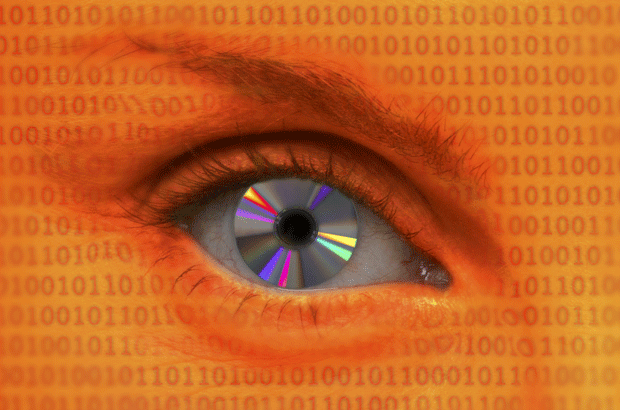 Internet freedom has declined for the sixth consecutive year, with more governments than ever before targeting social media and communication apps as a means of halting the rapid dissemination of information, particularly during anti-government protests.

Public-facing social media platforms like Facebook and Twitter have been subject to growing censorship for several years, but in a new trend, governments increasingly target messaging and voice communication apps such as WhatsApp and Telegram. These services are able to spread information and connect users quickly and securely, making it more difficult for authorities to control the information landscape or conduct surveillance.

The increased controls show the importance of social media and online communication for advancing political freedom and social justice. It is no coincidence that the tools at the centre of the current crackdown have been widely used to hold governments accountable and facilitate uncensored conversations. Authorities in several countries have even resorted to shutting down all internet access at politically contentious times, solely to prevent users from disseminating information through social media and communication apps, with untold social, commercial, and humanitarian consequences.

Some communication apps face restrictions due to their encryption features, which make it extremely difficult for authorities to obtain user data, even for the legitimate purposes of law enforcement and national security. Online voice and video calling apps like Skype have also come under pressure for more mundane reasons. They are now restricted in several countries to protect the revenue of national telecommunications firms, as users were turning to the new services instead of making calls through fixed-line or mobile telephony.

Social media users face unprecedented penalties: In addition to restricting access to social media and communication apps, state authorities more frequently imprison users for their posts and the content of their messages, creating a chilling effect among others who write on controversial topics. Users in some countries were put behind bars for simply “liking” offending material on Facebook, or for not denouncing critical messages sent to them by others. Offenses that led to arrests ranged from mocking the king’s pet dog in Thailand to “spreading atheism” in Saudi Arabia. The number of countries where such arrests occur has increased by over 50 percent since 2013.

Governments censor more diverse content: Governments have expanded censorship to cover a growing diversity of topics and online activities. Sites and pages through which people initiate digital petitions or calls for protests were censored in more countries than before, as were websites and online news outlets that promote the views of political opposition groups. Content and websites dealing with LGBTI (lesbian, gay, bisexual, transgender, and intersex) issues were also increasingly blocked or taken down on moral grounds. Censorship of images—as opposed to the written word—has intensified, likely due to the ease with which users can now share them, and the fact that they often serve as compelling evidence of official wrongdoing.

Security measures threaten free speech and privacy: In an effort to boost their national security and law enforcement powers, a number of governments have passed new laws that limit privacy and authorize broad surveillance. This trend was present in both democratic and nondemocratic countries, and often led to political debates about the extent to which governments should have backdoor access to encrypted communications. The most worrisome examples, however, were observed in authoritarian countries, where governments used antiterrorism laws to prosecute users for simply writing about democracy, religion, or human rights.

Online activism reaches new heights: The internet remained a key tool in the fight for better governance, human rights, and transparency. In over two-thirds of the countries in this study, internet-based activism has led to some sort of tangible outcome, from the defeat of a restrictive legislative proposal to the exposure of corruption through citizen journalism. During the year, for example, internet freedom activists in Nigeria helped thwart a bill that would have limited social media activity, while a WhatsApp group in Syria helped save innocent lives by warning civilians of impending air raids.

Freedom on the Net is a comprehensive study of internet freedom in 65 countries around the globe, covering 88 percent of the world’s internet users. It tracks improvements and declines in governments’ policies and practices each year, and the countries included in the study are selected to represent diverse geographical in its series, focuses on developments that occurred between June 2015 and May 2016, although some more recent events are included in individual country narratives. More than 70 researchers, nearly all based in the countries they analyzed, contributed to the project by examining laws and practices relevant to the internet, testing the accessibility of select websites, and interviewing a wide range of sources.

Of the 65 countries assessed, 34 have been on a negative trajectory since June 2015. The steepest declines were in Uganda, Bangladesh, Cambodia, Ecuador, and Libya. In Uganda, the government made a concerted effort to restrict internet freedom in the run-up to the presidential election and inauguration in the first half of 2016, blocking social media platforms and communication services such as Facebook, Twitter, and WhatsApp for several days. In Bangladesh, religious extremists claimed responsibility for the murders of a blogger and the founder of an LGBTI magazine with a community of online supporters. And Cambodia passed an overly broad telecommunications law that put the industry under government control, to the detriment of service providers and user privacy. Separately, Cambodian police arrested several people for their Facebook posts, including one about a border dispute with Vietnam.

China was the year’s worst abuser of internet freedom. The Chinese government’s crackdown on free expression under President Xi Jinping’s “information security” policy is taking its toll on the digital activists who have traditionally fought back against censorship and surveillance. Dozens of prosecutions related to online expression have increased self-censorship, as have legal restrictions introduced in 2015. A criminal law amendment added seven-year prison terms for spreading rumours on social media (a charge often used against those who criticize the authorities), while some users belonging to minority religious groups were imprisoned simply for watching religious videos at least two bloggers were killed after reporting on local corruption. The London-based magazine Economist and the Hong Kong–based South China Morning Post were newly blocked in mainland China, as were articles and commentaries about sensitive events including a deadly chemical blast in Tianjin in 2015.

Turkey and Brazil were downgraded in their internet freedom status. In Brazil, which slipped from Free to Partly Free, courts imposed temporary blocks on WhatsApp for its failure to turn over user data in criminal investigations, showing little respect for the principles of proportionality and necessity. Moreover, at least two bloggers were killed after reporting on local corruption. Turkey, whose internet freedom environment has been deteriorating for a number of years, dropped into the Not Free category amid multiple blockings of social media platforms and prosecutions of users, most often for offenses related to criticism of the authorities or religion.

These restrictions continued to escalate following the failed coup in July 2016, in spite of the crucial role that social media and communication apps—most notably FaceTime—played in mobilizing citizens against the coup.

Just 14 countries registered overall improvements. In most cases, their gains were quite modest. Users in Zambia faced fewer restrictions on online content compared with the previous few years, when at least two critical news outlets were blocked. South Africa registered an improvement due to the success of online activists in using the internet to promote societal change and diversifying online content, rather than any positive government actions.

Digital activism also flourished in Sri Lanka as censorship and rights violations continued to decline under President Sirisena’s administration. And the United States registered a slight improvement to reflect the passage of the USA Freedom Act, which puts some limits on bulk collection of telecommunications metadata and establishes several other privacy protections. ν