Posted at 11:17h in Media Development by Philip Lee 0 Comments 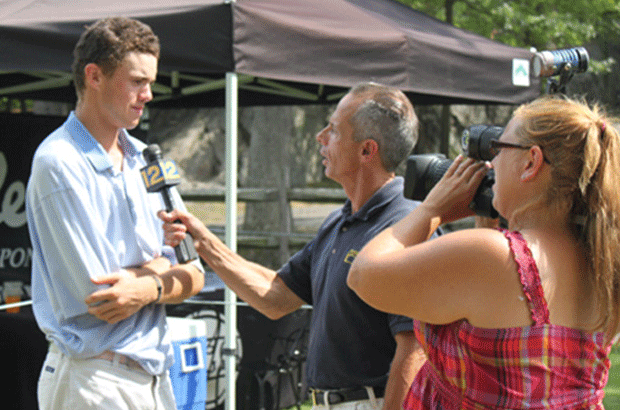 Rasmus Kleis Nielsen, Director of Research at the Reuters Institute for the Study of Journalism, writes:

“For more than a century, most people in the Western world have taken local journalism for granted. From small rural communities covered by weeklies to larger towns covered by their own daily, newspapers have been an integral part of local life, and their journalists have chronicled events from the mundane to the monumental, publicised local debates, and kept a more or less watchful eye on those in positions of power. Local media have represented their area and helped people imagine themselves as part of a community, connected in part through their shared local news medium, bound together by more than geographic proximity or politically defined administrative boundaries.”1

Today, profound changes in the newspaper and journalism industries together with technological convergence risk “seeing much weaker local news media that do less in terms of holding power to account and keeping people informed, less to encourage civic and political engagement, and less to foster community integration than they have in the past.”

With the availability of news 24/7 and limitless sources of information via the Internet, local media have more or less lost the battle for audience attention as well as the market sway they once had in terms of local advertising. This reversal of fortune is in marked contrast to media at the national level where so-called “legacy media” (those traditional means of communication and expression that have existed since before the digital era) have lost audiences for their analogue outlets but increased them for their digital platforms.

In 1980, when UNESCO published the report of the MacBride Commission − Many Voices, One World, subtitled “Towards a new, more just and more efficient world information and communication order” − it stressed the importance of local communication:

“More emphasis should be placed on these media and local activities for four main reasons: one, because they may be overshadowed and pushed into the background by the big media; two, because mass media have been expected to accomplish tasks and goals for which they are not fitted; three, because in many countries the neglect of a certain balance between big and small led to unnecessary wastage of scarce resources, by using inappropriate means for diverse audiences; four, because by establishing links between them broader horizontal communication could be developed” (pp. 55-56).

The MacBride Report also drew attention to the alarming concentration of media ownership in fewer and fewer hands in the form of horizontal and vertical integration of enterprises connected with the information and entertainment industries; the infiltration into media of enterprises operating in totally different spheres; and the merger of various information outlets into multi-media conglomerates.

However, what the MacBride Report could not have anticipated was the exponential growth of digital technologies; their global accessibility via the Internet and, consequently, their enormous networking potential; and their relatively low cost. In theory, the revolution offered by digital platforms and social media was the ideal answer to the communication problems identified by the MacBride Commission. In practice, governments and mass media oligopolies have not been willing to give up ownership and control without a prolonged struggle.

The importance of digital communications in the contemporary landscape was recognized by the European Court of Human Rights in 2012. It noted:

“The Internet has become one of the principal means for individuals to exercise their right to freedom of expression today: it offers essential tools for participation in activities and debates relating to questions of politics or public interest.”2

In this respect, the concept of open journalism or user generated content (typically created and circulated in an online environment by a range of different actors) or networked journalism seems to have great potential when it comes to addressing the needs of local communities. As Linda Steiner remarks in her article in this issue of Media Development:

“Digital tools enable all kinds of people to participate in information production and distribution. And many people who never went to journalism school and have no interest in being paid reporters are not only technically and technologically savvy but also have experiences and knowledge that are highly relevant to investigating newsworthy community problems.”

True, but that is not the whole picture. Editorial responsibility and liability for published content come into play as well as a range of contested values touching directly on news-making: objectivity, impartiality, truthfulness, transparency, reliability, and ethics. While the genie is out of the bottle, there are still tensions between journalism professionals and those seeking to exercise their communication rights by using digital technologies.

Yet, barring a global technical catastrophe, digital is here to stay and the local will continue to reinvent itself in whatever digital spaces open up. However, as Rasmus Kleis Nielsen concludes, these developments portend a future in which:

“We risk seeing much weaker local news media that do less in terms of holding power to account and keeping people informed, less to encourage civic and political engagement, and less to foster community integration than they have in the past (even as digital media offer both individual citizens and local communities many other benefits in other areas beyond news and journalism.”

1. Introduction to Local Journalism: The Decline of Newspapers and the Rise of Digital Media. Reuters/IB Tauris (2015).