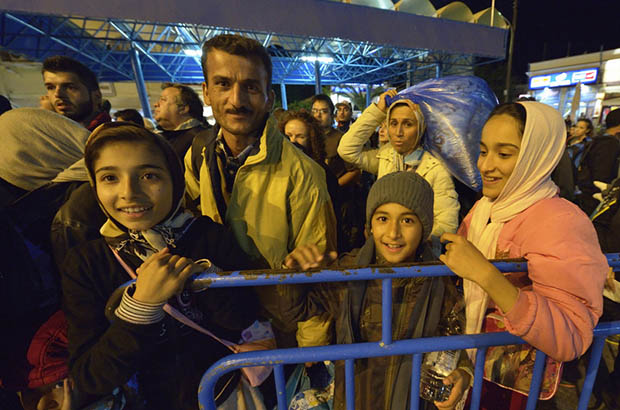 News media monitoring is a successful aspect of WACC’s work to promote the communication rights of marginalised groups and communities.

Following the launch of the report “Changing the Narrative: Media Representation of Refugees and Migrants in Europe” on November 16, Refugees Reporting organized a follow up discussion in partnership with One World Media and the British Red Cross.

“Unpicking the Refugee Narrative” took place in London on November 30 and identified a “pattern of invisibility” of refugees and migrants in news reports on asylum and migration in European media.

The London meeting involved key decision-makers in newsrooms. Several top media professionals were present among the 30 invited guests from the UK media landscape.

Highlights of the project findings focused in particular on the UK, followed by presentations by the Ethical Journalism Network and the British Red Cross.

Discussion centred on topics such as the lack of direct representation of refugees and migrants, the issue of terminology, diversity in the newsroom and the importance of having a migration expert within the newsroom.

It was agreed that when the stories are told directly by those involved and most affected, they are more powerful and better able to reach the public. One example cited was “Exodus”, the award-winning BBC-commissioned documentary filmed by refugees themselves during their journey to Europe.

The need to cover both positive and negative aspects of the migrant and refugee phenomenon was highlighted, underlining how a “romanticised” reporting of the 2015 situation contributed to the creation of hierarchies among refugees themselves.

In this context, Syrians, who tend to be more visible in stories, become the “good refugees” whose reasons for fleeing are much better understood by the general public.

In contrast, other people on the move – for example Afghans – are much less present in the news and might be considered less worthy of asylum because the situation in their home country is not so well known.

Participants noted that migration is a multi-faceted topic whose boundaries go far beyond the traditional division between national and foreign news desks. This often makes it difficult accurately to portray its many dimensions.

Traditional newsroom approaches are naturally compartmentalised and, in light of this, the importance of having a migration expert in the newsroom was repeatedly highlighted. Such an expert would be a person of reference for migration-specific articles as well as others dealing with the topic.

Diversity in the newsrooms was also repeatedly mentioned. There is considerable advantage in having mixed backgrounds and points of views around journalism decision-making tables.

Participants underlined a key message from the Refugees Reporting project: the important role of civil society organisations in facilitating contacts between refugees and migrants and media professionals and in ensuring respect and safety.

Refugees Reporting is a project of the WACC-Europe Region and the Churches’ Commission for Migrants in Europe (CCME).

Further information can be found in “Refugees Reporting in the Media” and in Moving Stories.

Photo above: A refugee family from Afghanistan waits as a ferry docks at night on the Greek island of Chios. They came to the island by crossing the Aegean Sea on a small boat from Turkey. Now they are moving on to Athens, and from there on to western Europe. By ACT Alliance/ Paul Jeffrey.