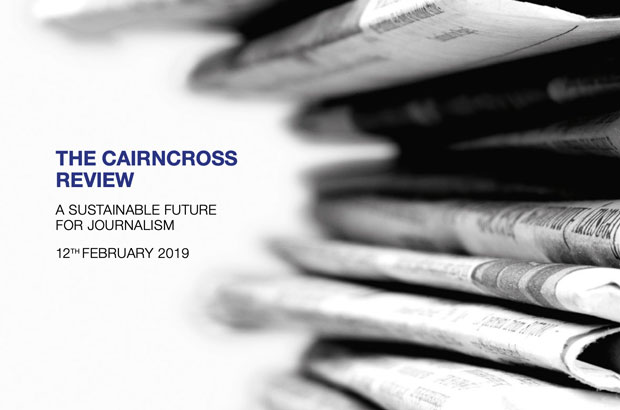 Trustworthy news and opinion is the Holy Grail of journalism today.

An independent report reviewing challenges facing high quality journalism in the UK has been published. The Cairncross Review: a sustainable future for journalism (12 February 2019) recommends a new regulator to oversee the relationship between news outlets and technology giants and urges a public investigation into the dominance of Facebook and Google in the advertising marketplace.

Cairncross also identifies an issue often overlooked: that many local newspapers which are vital to a functioning democracy are owned by debt-laden publishers which have cut investment and sacked hundreds of journalists in an effort to maintain profit margins.

Tackling trustworthiness and fake news, the Review notes that online platforms have already developed initiatives to help users identify the reliability of sources. However, more impartial oversight is needed since this issue is too important to leave entirely to the judgment of commercial entities. Oversight would come from a new Institute for Public Interest News, whose task would be to ensure transparency and genuinely independent scrutiny.

“Ultimately, the biggest challenge facing the sustainability of high-quality journalism, and the press, may be the same as that which is affecting many areas of life: the digital revolution means that people have more claims on their attention than ever before. Moreover, the stories people want to read may not always be the ones that they ought to read in order to ensure that a democracy can hold its public servants properly to account,” says the Report.

Commentators note that the Review has produced some innovative and potentially exciting ideas which – if properly and independently implemented – could genuinely deliver more diverse, high-quality public interest journalism, particularly at the local level where it is desperately needed.

Even so, it will require strong political will to resist a powerful print lobby motivated by corporate self-interest as well as some fancy footwork in relation to BBC online content and its Local Democracy Service, which uses licence payers’ money to pay for reporter contracts with local publishers.

For the sake of a functioning democracy, all this would seem to be a price worth paying.