Posted at 11:52h in Media Development by Laya Matindoost 0 Comments 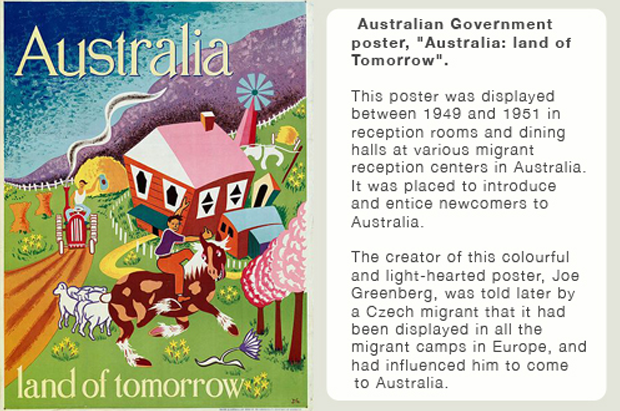 There is great contradiction between what a multicultural Australia promises its citizens – an egalitarian country that gives everyone a “fair go” irrespective of their race, religion and colour – and what the minorities and specifically Muslims face in the form of racism, discrimination, xenophobia and hostility which is prevalent both at the social and institutional level. This article provides a glimpse of marginalized “youth” who have never been heard of and provides insight into the challenges they have faced and are facing due to being a minority.

The frequent depiction of “Muslim Youth” by the media as individuals who pose a threat to the national security of Australia by being radicalized and ready to join “ISIS” is another step in marginalizing and excluding this minority group. The political discourse surrounding “Muslims” is associated and proliferated with terms such as “terrorism”, “honour-killing”, “oppression of women”, “anti-western”, and “anti-modernity”. All of this exacerbates their vilification and further magnifies and jeopardizes not only their religious identity but their personal and social identity.

However, the reason behind the disintegration of Muslim youth has never been questioned. There is great contradiction between what multicultural Australia promises its citizens as an egalitarian country that gives everyone a “fair go” irrespective of their race, religion and colour and what the minorities and specifically Muslims face in the form of racism, discrimination, xenophobia and hostility which is prevalent both at the social and institutional level in Australia and has been evident in “race riots”, “reclaim Australia riots” and the so-called famous “Cronulla Riots”.1

The radicalization and marginalization of “youth” who still have strong ties with their country of descent is an indication of the fact that they might not have any sense of “belonging” to this “land of opportunities”. More insight is needed into the challenges they face due to being a minority and what motivates them to take extreme measures to be heard.

Multiculturalism was brought into Australia to erode “open racism” and encourage cultural diversity and equality (Jupp, 2002). Although this diversity has seen equal rights for minority religions, attitudes towards Islam and most importantly its depiction reflect great contradictions in how acceptance and equality are demonstrated and enacted.

Integration of minority groups as “close co-operation with the agreement to differ” (Jupp, 2011: 143) has been accentuated by different governments in Australia. However, this peaceful co-existence of different religious groups has not always been observed or achieved. With the occurrence of major incidents around the world in the name of Islam and what is viewed as home grown terrorism, Islam is viewed as a threat to the national security of Western countries and Australia is not exempt.

Without a doubt the main culprit in the development of Islamophobic sentiments in Australia has been the media. This is due to portrayal of Muslims as extremists who want to “wipe out” the West. The rhetoric surrounding Islam as the religion supporting war and violence and opposing peace and justice proliferates. Islam has never been cast as a religion of peace in the West. It has rather been depicted as a religion that legitimizes violence and war. It is further believed that there is great incompatibility of values and norms in the “West” with “Islam” and that there is no harmonious relationship between the two.

There has always been a profound sense of fear of Islam which has been evident in an attempt to “Reclaim Australia”. Muslims are viewed as a group that has failed to integrate and “fit in” to Australian society. In addition, the predominant discourse surrounding immigration and the current anti-immigration political climate in Australia have evoked strong negative sentiments towards the minorities, especially towards Muslims who are viewed as an “other” whose values are markedly incompatible with the values and norms in the West. These great misconceptions about Islam and Muslims are the result of intolerance and ignorance of this religion to the extent that Senator Jackie Lambie, who vocally expressed that there is no place for Sharia Law in Australia, could not even delineate the word Sharia Law.

The prevalence of Islamophobia, unfair portrayal of Muslims in the media in general and youth in particular as well as anti-Muslim bigotry are all associated with media representation. These overt and latent vocal attacks are premised on ideas which are often put forth by Islamophobics who claim that it is the action of Muslims that is causing fear of Islam. These attacks are not only targeted at those who are involved in “terrorism” attacks directly but those who are vilified by it.

As clashes between the “West” and “Islam” intensify, Muslims are scrutinized more and greater salience is given to their religious identity disregarding the diversity of their backgrounds. This is a generalization that has impacted Muslims of different sociocultural backgrounds among which “youth” have been the major targets and victims. Conflating all Muslims with terrorism and Jihadists has brought a great sense of insecurity and fear to this group. Furthermore, the sensationalist headlines that have depicted a sinister picture of Islam and the discourse predominating the media in the aftermath of events such as 9/11 have demonized and devalued Islam and marginalized Muslims.

Stigmatizing, stereotyping and associating Muslims with backwardness, gender segregation and discrimination, child marriage, anti-Semitism, and Burqas is prevalent in the media and as such in the West. Muslim women have specifically been depicted as women who endure great inequality. Great resentment and hostility towards Muslims has arisen as a consequence, which is evident in racial attacks, attacks on mosques and campaigns against building mosques.

In contrast, attacks carried out by non-Muslims such as the Oslo massacre, the plane crash caused by the pilot of Germanwings, and the US cinema shooting in Colorado, to name just a few, are justified by depicting these people as having psychological problems and being mentally ill. This is a great reflection of double standards.

The rise of Islamophobia has been exacerbated by the current extreme actions of ISIS and the growing number of people from both East and West joining this terrorist group. The current manifestations of Islam and ISIS and the whole narrative constructed around them have led to a growing number of young people both from Australia and around the world joining this group or converting to Islam.

The fact that many Muslims themselves resent the acts carried out by ISIS is evident in their condemnations of this group. In addition, the struggle against ISIS by Peshmerga and Guerrilla Kurdish women fighters who go to the frontline and risk their lives to protect their countries and their people is further proof of not condoning the actions of ISIS.

Construction of identities during adolescence years is a key factor (Erikson, 1968). For Muslim youth this is made possible through the creation of “imagined communities” (Anderson, 1983) so as to keep their emotional ties with their own or their parents’ country of origin. A great sense of loyalty to the country of their descent has compelled them to prove their identity and has prompted an urge to fight for freedom of the people in those countries.

Therefore the fact that they are never fully accepted and are excluded in their country of birth, in this case Australia, makes their identification with their ethnicity stronger and as such their loyalty to it. Most Muslim youth have no choice but to be confined to the ethnic enclaves that give them a sense of belonging which is absent in this “land of opportunities”.

Further, the security umbrella of Western countries is used to justify military interventions against the so-called “war on terror” in order to protect their countries from terrorist attacks. These military and liberal or humanitarian interventions in places like, Iraq, Afghanistan, and Syria in the name of bringing freedom and peace to these countries has long been justified by deployment of the army to these areas which has led to enormous destruction and loss of human life. No moral duty has been attached on the part of the West.

There is a great paradox between how democracy and its values are expressed and how they are manifested on the ground. The escalation of war in the Middle East has happened in the name of democracy, liberty and freedom of speech, which has only led to the deterioration of the situation in the Arab nations. The self-interest of Western countries in carrying out military operations has always been concealed. Few alternatives to the war such as political alternatives or making use of social movements have been tried. Such alternatives have always been undermined. The so-called social and revolutionary movement of the “Arab Spring” was rapidly replaced by the war movement of the West.

These suggest that Muslim youth actions are politically rather than religiously instigated. Detachment and disintegration of Muslim youth is a reflection of many issues that these young people are faced with, including structural inequalities, discrimination, stigmatization, bigotry, being viewed as a second-class citizens and the “other” who does not belong and is inferior.

One wonders, therefore, whether multiculturalism is only a catchphrase adopted by Australia. If there is a claim on the part of the government that minorities have been beneficial to the growth and development of the country and have added to its prosperity, then the question is why such a strong anti-migration climate and stringent laws surrounding it are present in the country? These anti-migration sentiments are targeted especially at those who are “visibly different” and more strongly towards Muslims.

Although the “White Australia” policy has been abolished, intolerance of visibly different migrants is apparent. Migrants are classified hierarchically with some “more ‘alien’ than others” but none equal to the natives” (Roosens, 1989: 130) and “in most cases, assigning them to the lower decks of societal ships” (Kazemipur & Nakhaie, 2014: 611).

Generalizing, devaluing and stereotyping based on what is done in a few cases by extremists and not seeking out the voices of moderate Muslims have marginalized Muslim youth. Without a doubt extremists have been empowered by those who depict Islam as a religion of extremism. Yet the issues that cause people to turn to violence in order to achieve political objectives remain to be addressed: Lack of social support, lack of support from school and teachers, higher rates of unemployment, absence of engagement and interaction with the wider society have strengthened the feeling of being unwanted.

Australia as a “land of opportunities” should bring equal opportunities for people of all creeds. It is possible “to sing the praises of the ‘multiethnic community of tolerance’ to point to the ‘richness’ of the ‘cultural mosaic’ within a city or state – and most national leaders of multiethnic countries do so regularly” (Roosens, 1989: 18). Eradication of racism and bigotry is only made possible by embracing differences.

1. A series of sectarian clashes and mob violence in Australia, originating in the Sydney suburb of Cronulla, New South Wales, and spreading over the next few nights into other suburbs. On 4 December 2005, a group of volunteer surf lifesavers were assaulted by a group of young men of Arab appearance, with several other violent assaults occurring over the next week. These incidents were widely commented on in the Sydney media and are considered to be a key factor in a racially motivated confrontation the following weekend.

Anderson, B. (1983). Imagined Communities: Reflections on the Origin and Spread of Nationalism. London: Verso.

Kazemipur, A., & Nakhaie, M. R., (2014). The Economics of Attachment: Making a Case for a Relational Approach to Immigrants’ Integration in Canada. International Journal of Migration and Integration, 15, 609-632.