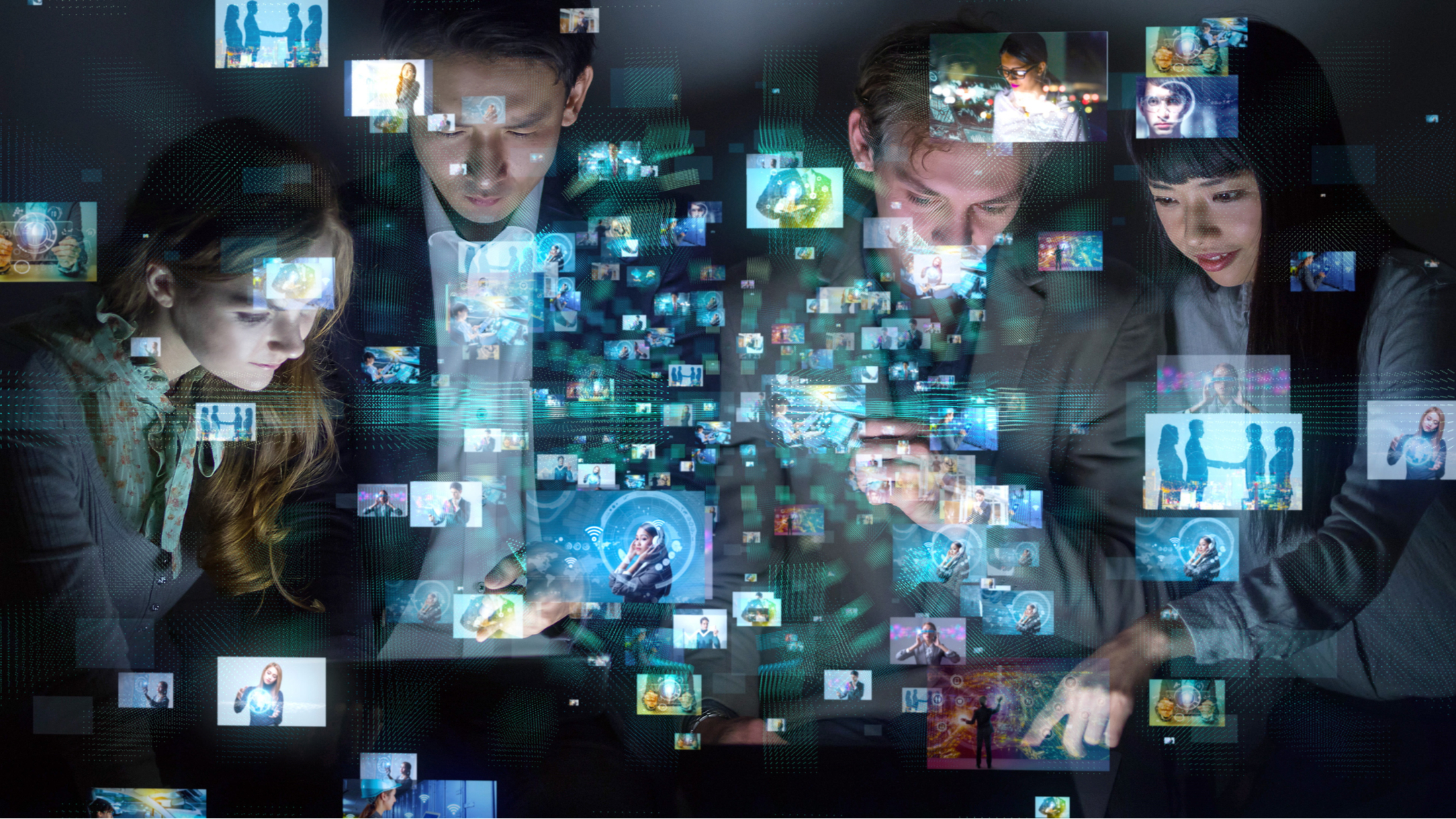 New models to fund and sustain the public interest media that the Internet disrupted are urgently needed. COVID-19 reminds us of just how pressing this need is.

The notion of a free and independent media sector has always been one of the cornerstones of liberal democracy. The idea of a media sector that is free to serve as watchdog vis a vis the state and other powerful actors, as well as to inform citizens and provide platforms for expression is central to the idea of a society based on democratic principles.1

These ideas have been reproduced throughout the world in the actions of international NGOs, governments, and UN agencies. Many of these interventions have been guided by the principles of Freedom of the Press and Freedom of Expression, as well as by tools such as UNESCO’s Media Development Indicators, which provide a framework to assess the extent to which media systems are independent and pluralistic.2

The emergence of the Internet as a key element of media ecosystems was initially received with much optimism by academics and practitioners. One such analysis proposed that the emergence of the Internet and social media platforms helped democratize media systems, allowing “citizens to report news, expose wrongdoing, express opinions, mobilize protest, monitor elections, scrutinize government, deepen participation, and expand the horizons of freedom.”3 This view was widely endorsed by the developments of the Arab Spring, in which activists used social media to help organize mass protests against authoritarian governments.4

Nevertheless, in recent years, there have been mounting concerns about the impact that the use of Internet-based communication tools is having on democracies around the world. “One of the most significant and ongoing impacts of digital convergence on journalism is its effect on media viability and sustainability… Far too few news organizations have been able to find a sustainable model for journalism online, which translates into less revenue and fewer journalists. A diminished supply of reliable news media can also be seen as a core contributor to the ‘misinformation’ society.”5

A key element of this equation is the global advertising market, which has seen as shift away from being dominated by media companies and is now ruled by Internet companies such as Google and Facebook, which together have a market share of 63% – roughly USD $61.6 billion per year. At the same time, global newspaper advertising revenue is expected to decline by USD 23.8 billion a year by 2021.6 These concerns have been accompanied by growing threats to freedom of expression and freedom of the press in many countries, with Freedom House data showing that “freedom of expression [has been] declining each year over the last 13 years, with sharper drops since 2012…In 2018, press freedom scores fell in four out of six regions in the world.”7

The crisis brought about by the COVID-19 pandemic reminded us of the importance of accurate information and public interest media coverage. Unfortunately, it also exposed just how unsustainable and fragile media industries have become in recent years as a result of the Internet’s disruption. For example, in the United Kingdom “the problem for commercial [TV] channels is that there are very few advertisements to show to these enlarged audiences [resulting from people being stuck at home during the lockdown], as companies cut their marketing budgets ahead of the impending recession. One insider at a commercial channel said British TV advertising is down 40% for the three months between March and June.” Similar impact is expected in the newspaper industry, with commentators stating that “thousands of journalists will lose their jobs.”8 The impact of the crisis is likely to be much greater in smaller markets and in developing countries, where media industries have already suffered greatly in recent years.9

Despite this disheartening context, two major developments took place in the first half of 2020 that give some hope to public interest media and to journalism’s business model.

The first one is the decision by the Australian Competition and Consumer Commission (ACCC) to develop a framework to force Google and Facebook, which take the lion’s share of Australia’s USD 11 Billion10 advertising market, to share advertising revenue with Australian media, which create a significant portion of the media content available online in that country. This decision come after a failed attempt to develop a voluntary code for tech companies to work with Australian media outlets in support of quality journalism.

“The mandatory code will have the same elements as the proposed voluntary code, but would also include penalties and binding dispute resolution mechanisms for negotiations between the digital platforms and news businesses. It will also define news content that would be covered by the code, and will encompass services beyond Google search and Facebook’s main platform, such as Instagram and Twitter…”11

The Australian model, which will be finalized in the second half of 2020, will provide a valuable set of best practices to other governments interested in regulating tech companies to encourage the sharing of advertising revenue in order to support public interest media. It will also yield valuable insights about the real ability and willingness of states to take on tech companies in order to advance the public’s interest.

Against this backdrop, perhaps it is time for the Internet Governance community to devote more energy to addressing some of these issues. These may include, among other things, working towards the development of mechanisms for ad revenue sharing or investing in Artificial Intelligence (AI) technologies that optimize the visibility of credible sources of news sources, thus reinvigorating media outlets whose work contributes to the public good.

The second development is the release of a feasibility study, developed by BBC Media Trust, into the possibility of establishing an International Fund for Public Interest Media. The idea is that this fund would be financed by international development agencies, tech companies, and the philanthropic community, and that public interest media from the Global South or in contexts where freedom of expression is at risk would be prioritized for funding. In the words of one commentator:

“The prospects for achieving the Sustainable Development Goals without informed and engaged societies are remote. An independent public interest media system is critical to democratic self-determination and to economic development… The mission of the International Fund for Public Interest Media will be to support the development, sustainability and independence of public interest media especially in resource poor and fragile settings. Public interest media is defined here as media that is free and independent, that exists to inform publics on the issues that shape their lives in ways which serve the public’s rather than any political, commercial or factional interest, to enable public debate and dialogue across society, and to hold those in power to account on behalf of the public interest.”12

The feasibility study explores several models to guarantee transparency and impact and envisions seed funding of 100 million USD coming from different sources, though its long-term objective would be to manage as much as one billion USD per year. Support would focus on national and local level media, investigative journalism, and regional and international media, and would be managed from four regional offices in Africa, Asia, the Middle East, and Latin America & Caribbean.

It remains to be seen how potential donors react to this idea, and it’s also not clear whether a centralized fund of this nature would really be the best way forward. It’s also not clear how or whether the fund would go about supporting non-commercial media, such as community radio networks, which often serve low income communities and usually struggle with financial sustainability. Nevertheless, the publication of this study reflects a growing understanding among development policymakers about the critical role that media and information play in the advancement of democracy and inclusive development.

While these two developments are still months or even years away from having a tangible impact on public interest media, they are certainly quite encouraging, especially at a time when the foundations of liberal democracy, which of course include the notion of a free and independent press, are being challenged.

For communication rights advocates and other actors interested in the viability of public interest media, the first step of this process should be to agree on key principles to guide these efforts, which should necessarily include the notion that media viability will need accountable and transparent mechanisms that prioritize democracy and human rights.

7. Freedom House (2019). Freedom in the World in 2019. https://freedomhouse.org/report/freedom-world/freedom-world-2019/democracy-in-retreat