13 Aug 2016 Networking for a stronger journalism

Posted at 11:13h in Media Development by wacc_kn 0 Comments 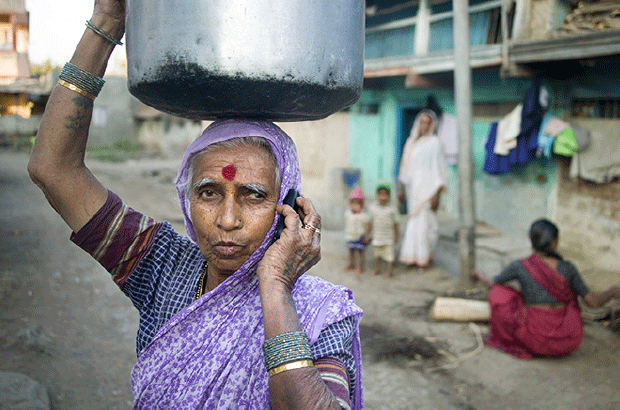 James Carey, a communication and journalism scholar who taught at the University of Illinois and then Columbia University’s Graduate School of Journalism, often highlighted how communication (and for that matter transportation) policies that privileged speed, efficiency, quantity, low cost, and conquering space did so at the expense of the local. This was a significant loss for a history-minded Irish story teller such as Carey, who was literally home-schooled in local taverns because doctors said he was too medically fragile to attend public school.

Carey’s contrast between space-jumping and time-binding technologies explains why we cannot walk across a highway to reach a post office two miles away on the other side, although we can easily drive up the highway ramp and drive 50 miles. We can log on to Facebook to wish happy birthday to friends half-way around the world, but we cannot easily find out from the chain-owned weekly, if it exists at all, who won yesterday’s school board election or whether our town post office is going to be eliminated. And if we send a snail-mail birthday card (which is unlikely), it can reach an address in a big city several states away as quickly as someone in the next town.

We haven’t lost altogether our ability to communicate with people close by; occasionally micro-level local techniques are reinvented. During Occupy Wall Street, political activists communicated orally and with hand signals to the rows in back of them, who in turn turned around and shared the message with the rows in back of them. During weather-related emergencies and crises, when driving is impossible and electricity may be out, people revert to ancient ways of communicating with one another and sharing news − that is, conversation with neighbours. Notably, restoration of normalcy and power brings back the usual communication and transportation patterns, often ending the communication with the people next door, at least until the next crisis.

So, nothing is new about a dynamic that generally prefers communication technologies that move more messages faster, more cheaply and across greater spaces, even if it works against richer, albeit slow-moving communication that is locally specific and that, as such cumulatively produces more diversity.

For a long time, newspapers have survived by using syndicated material if not by forming chains. And if we take the notion of “media” literally (i.e., not referring to journalism/news outlets), then we must acknowledge that outside major metropolitan areas, magazines, movies, books are almost never local. Their content, their audience, and their professional staffs are not embedded in the local. Much of what passes for and is labelled as local broadcast news, even in large markets, is pooled: IP-based so-called “store and forward technologies” and IP based news services allow large scale distribution of canned news packages, with a local anchor inserted literally only for show. No wonder, then, that local news reported by full-time professionals is decreasingly available and increasingly weak.

Carey’s point was that both citizens and policy makers should at least understand that we cannot have our cake and eat it too, i.e., that increasingly moving to even faster cheaper communications that moves across vast spaces in an instant required a sacrifice of the ability to communicate deeply and intimately in ways particularly tailored to those close by. If each place was different, it required specificity. So one possibility is that we never learned this lesson and now assume we can have both.

Alternatively perhaps we simply have attached ourselves to the cosmopolitan or to affective communities defined not by geographical proximity but by identification and loyalty to some identity group politics. We don’t necessarily commit to a transnational or global outlook, but the identification is not precisely local, either. Let’s just call it “non-local.” (In the interests of transparency, I should note three things. First, in New Jersey, where I live, people really do identify where they live by the turnpike exit number. Second, I work during the week 225 miles away from where I live on the weekends. Third, and perhaps as a result, I wouldn’t recognize the man across the street from me if I saw him in the grocery store; the only time I see him is when on a weekend during the winter we are both shovelling snow, bundled up in hat and parka)

The paradigmatic case is not me but that someone in Generation Y or Z who never had a landline, and whose mobile telephone number gives no clue as to geographic location, nor does the Gmail address. Whether from innocence or cynicism, as members of that generation jump from one (part-time, free-lance) job to another, they don’t care who the mayor is and don’t subscribe to the local newspaper, although they are willing to volunteer for charities in the places where they live.

The local/non-local binary has broken down

The people we get news about are the people that we identify with, and vice versa. In the past, we got news about local people and thus we became loyal to that local community, with a sense that both our histories and futures were linked. The local weekly or daily newspaper − sometimes a local radio station − helped bind a community together.

In the current moment, this local commitment is far less reliable and robust. Community boundaries are more porous. Our interests and tastes may have much more in common with people of a similar generation who are far away, than close-by people across generation. By getting, streaming, reading, and watching news online, by producing and sharing news online, we can participate in a feminist community, a black counterpublic, a gay and lesbian subaltern sphere, a religious counterculture, a political underground. That is, the local/non-local binary has broken down. That is not necessarily a bad thing.

Much of the cynicism about “the media” is unfair and unwarranted; many of the accusations about journalists’ packaging of news to sell audiences to advertisers, about partisan bias and carelessness and cowardice are unfair. Nonetheless, the recent example of the Tribune Company − owner of the Chicago Tribune, Los Angeles Times, Baltimore Sun and several others − does not bode well for local journalism, as indicated by its widely ridiculed “Corporate Rebranding.”

Apparently part of its efforts to fend off a takeover bid from Gannett, owner of more than 100 newspapers across the country, the Tribune management announced a new name tronc (sic) (apparently tribune online content), effective on June 20, 2016. The company’s press release asserted that tronc “captures the essence of the Company’s mission” as “a content curation and monetization company focused on creating and distributing premium, verified content across all channels….tronc pools the Company’s leading media brands and leverages innovative technology to deliver personalized and interactive experiences.”

Tribune Chairman Michael Ferro said the company will strive to “accelerate the transformation from a legacy news company to a technology and content company, including gaining access to over 100 machine vision and artificial intelligence technology patents for news media applications.” This would not seem to be a plausible solution for the crisis in credibility, status, and economic viability facing local news outlets.

One alternative is to consider the possibility is that professionals are not the only ones who can hold power to account, or at least that they need not do it alone. So far, efforts to use − in the best sense of the word − the efforts of citizens who are eager to be involved have been uneven at best. Although journalists claim they want to encourage civic and political engagement, they rarely use reader efforts in any genuine way. Their efforts appear to be more about branding and spin − or exploitation − than sincere attempts to take community integration and participation seriously and respectfully.

But tendencies to create hybrid forms, to blur distinctions between local and cosmopolitan and global, to understand a range of problems in terms of intersecting and interrelated issues and especially the popularity of participatory interactive technologies that allow for collaboration may explain why at least a few journalism experts advocate “networked journalism.” Among those suggesting networked journalism are as far-flung as Charlie Beckett, the broadcast journalist now at the London School of Economics; Jeff Jarvis, who has worked across many news platforms and teaches at the City University of New York; and Manuel Castells, the Spanish sociologist now at the University of Southern California and whose Information Age trilogy includes The Rise of the Network Society.

The concept of networked journalism encourages members of the public to be involved in news production alongside professional journalists. The approach leverages new forms of participatory media (including cell phones, websites, blogs, micro-blogging, and social networks) for crowd-sourcing and other user-generated structures. Experiments with this approach, to various extents and in various formats, can be found around the world. For example, CGNet Swara, a project in a tribal region in central India, enables people, even those who cannot read or write, to use mobile phones to both report and access news of local interest, including by sharing news with local and national professional journalists, who also access it by phone.

Clearly networked journalism has its ethical challenges. Not all of it will be good. Nor is it appropriate for every form of news (war reporting being a notable exception). But digital tools enable all kinds of people to participate in information production and distribution. And many people who never went to journalism school and have no interest in being paid reporters are not only technically and technologically savvy but also have experiences and knowledge that are highly relevant to investigating newsworthy community problems.

Clearly not everyone wants to participate in networked journalism. But the evidence suggests that the people most likely to be enthusiastic about involvement in news production are also likely to be interested in politics, including, possibly, local politics. To alienate them by ignoring their enthusiasm would be a shame. To refuse their talents, their knowledge, their experiences, perspectives, their concerns and suggestions for stories and sources (or, later, their corrections and additions) only further injures journalism.

This is decidedly not a claim that journalists are “mere” curators or moderators. It’s no brief for journalists abdicating their ethical and professional responsibilities as such. It is, however, a plea for journalists to be less arrogant and more humble about their work, less insular and more willing to collaborate. That is, networked journalism requires breaking down the silos between professionals and citizen partners. But those partnerships, collaborations, hybridizations, networking are what revive and strengthen journalism of every kind.

Linda Steiner teaches at the Philip Merrill College of Journalism at the University of Maryland. She is editor of Journalism & Communication Monographs and a former president of the Association for Education in Journalism and Mass Communication. Her most recent book is the co-edited Handbook of Gender and War.