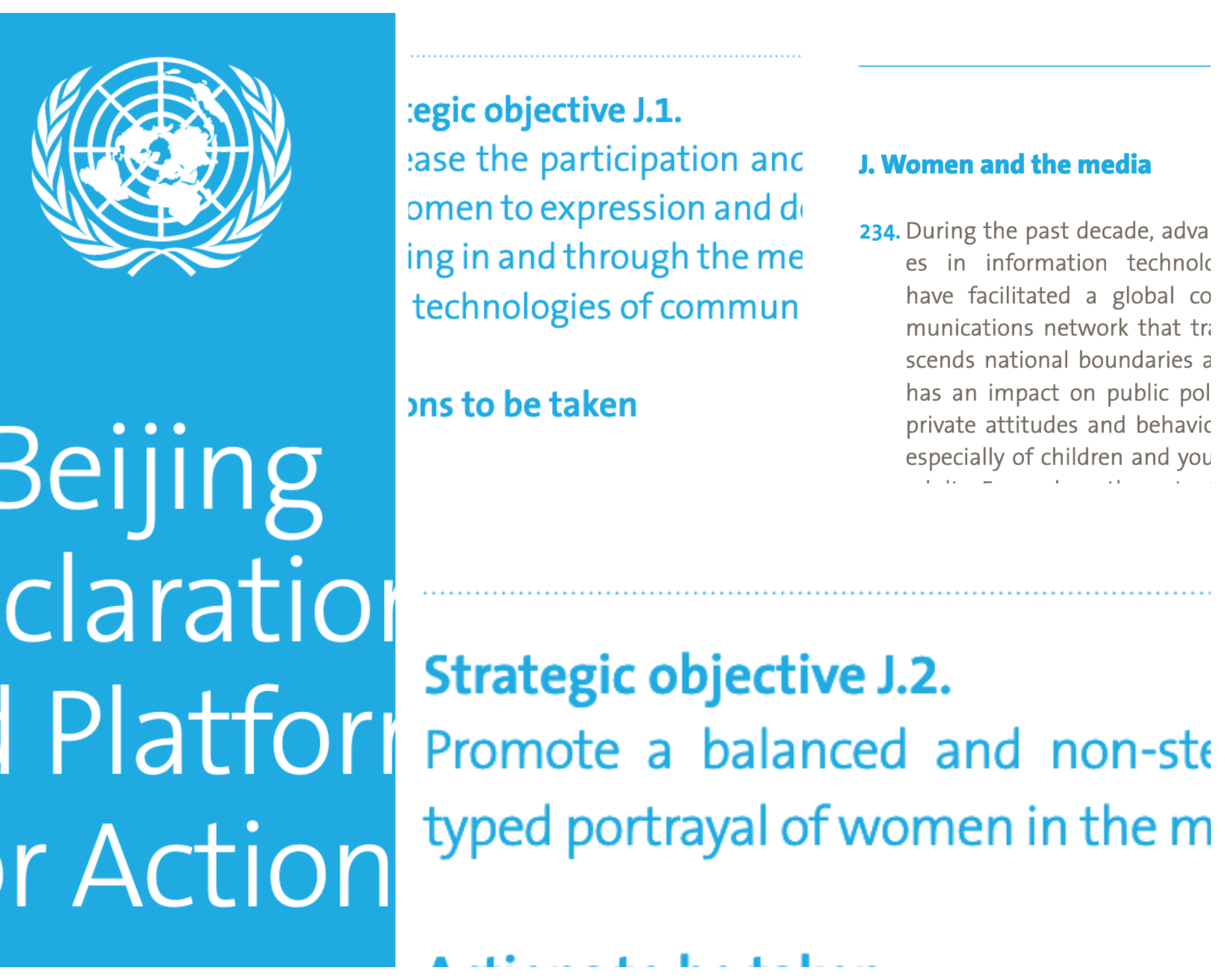 It is time to establish a new gender deal for media and digital communications, concluded participants at a conference co-convened by the International Association for Media and Communication Research (IAMCR) and the Global Alliance on Media and Gender (GAMAG) and hosted by Complutense University of Madrid, Spain, on 28–29 September 2022.

Such a deal would serve as a roadmap for the contemporary agenda on women’s rights and media in the post-pandemic world, said GAMAG chair Dr. Aimée Vega Montiel as the conference took stock of progress towards gender equality in and through the media and looked at current challenges for women’s communications rights.

Vega Montiel highlighted the risk of the Beijing Declaration and Platform for Action being erased from the global agenda. The Platform, which has acted as the global policy blueprint for gender equality since 1995, clearly outlines key thematic areas of concern—among them, the media. However, she said, the focus of action has become fuzzy in recent years as new development paradigms and challenges have emerged. She stressed that the need to “interrogate existing norms and reinforce mechanisms to strengthen gender equality within the media and digital sectors” is more urgent than ever.

Vega Montiel proposed that the new deal cover a range of actions to promote women’s communications rights. These should include gender and media policy research, frameworks for algorithmic transparency, gender-focussed media and digital literacy targeting in particular girls and women, steps to ensure safety for women journalists and media professionals, and measures to address offline and online gender-based violence.

Reflecting on the current state of and challenges to women’s communication rights, Sarah Macharia, WACC program manager for Gender and Communication, noted the mixed findings of the 6th Global Media Monitoring Project (GMMP) in 2020.

The results are both encouraging and disheartening, considered across a 25-year trajectory, Macharia said. “Encouraging on some indicators because we see steps forward, albeit very slow. Disheartening on other indicators because women’s voices continue to be drowned out in important news spaces, and communication rights are further out of reach for those who multiply marginalized.”

Macharia drew attention to the opportunities to engage with strategic international policy-making bodies and to utilize the growing pool of regulatory instruments to secure women’s communication rights. She highlighted the 2022 Joint Declaration on Freedom of Expression and Gender Justice, which calls for a “whole of society” approach, underlining gender equality and the right to freedom of opinion and expression as “mutually reinforcing, indivisible and interdependent.”

Speakers included further members of GAMAG and representatives from Advancing Gender Equality in Media Industries (AGEMI), the Council of Europe, the International Federation of Journalists, the International UNESCO UNITWIN Network on Gender, Media and ICTs, and various media organisations.

WACC has hosted GAMAG’s global secretariat since 2019 and is represented on the Alliance’s governing body.