On the screen
20628
post-template-default,single,single-post,postid-20628,single-format-standard,theme-bridge,bridge-core-3.0.1,woocommerce-no-js,qodef-qi--no-touch,qi-addons-for-elementor-1.5.3,qode-page-transition-enabled,ajax_fade,page_not_loaded,,qode-title-hidden,columns-4,qode-child-theme-ver-1.0.0,qode-theme-ver-28.6,qode-theme-bridge,qode_header_in_grid,qode-wpml-enabled,wpb-js-composer js-comp-ver-6.9.0,vc_responsive,elementor-default,elementor-kit-41156

Posted at 14:55h in Media Development by wacc_kn 0 Comments

At the 67th Locarno International Film Festival (6-16 August 2014) the Ecumenical Jury, appointed by INTERFILM and SIGNIS, awarded its Prize to Durak (The Fool) directed by Yury Bykov, Russia (2014). The prize carries prize money of 20.000.- CHF, donated by the Evangelical Reformed Church and the Roman Catholic Church in Switzerland. It is assigned for the distribution of the film in Switzerland.

Motivation: The film (still below) tells a powerful and inspiring story which denounces a conflictive and corrupt political system in one day of the life of a small Russian town. Dima Nikitin, a young father and determined worker-student, goes against the social current with courage, honesty, humility and deep sense of responsibility. Through compelling acting and photography, the film paints a realistic portrait of radical goodness.

Synopsis: Dima Nikitin is a simple and honest plumber who works in a small Russian town. Except for his unusual integrity, nothing makes him stand out of the crowd, until one night in a dorm mainly occupied by drunkards and outcasts, the pipes burst, endangering the occupants. Everybody needs to be immediately evacuated but nobody cares, so Nikitin sets off on a night-long odyssey to fight an entire system of corrupt bureaucrats. 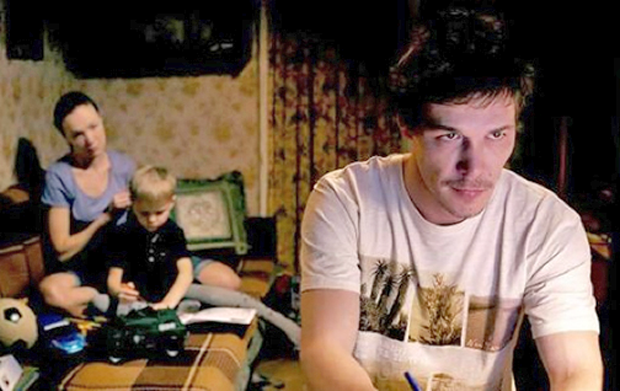 The INTERFILM Jury at the International Film Festival Venice 2014 has chosen as winner of the 4th INTERFILM Award for Promoting Interreligious Dialogue the film Loin des hommes directed by David Oelhoffen, France (2014).

Motivation: With the film Loin des hommes, based on an Albert Camus story, director David Oelhoffen tells a parable of human relationship overcoming hostility. Two men share a common faith in mutual dignity even though coming from different religious and cultural background and a unique friendship develops across cultural barriers. The director has managed to accomplish a film of clarity and ethical accuracy set in a striking Algerian landscape. The film displays the existential choice in every time to question corrupted cultural norms, prejudices and hatred. David Oelhoffens story provides a call to approve equality and life, acknowledging the other as your neighbour.

In addition, the jury decided to highlight the Out of Competition entry Words With Gods which shows the complex diversity of religious beliefs in different cultures and social environments. The power and the strength, the ambivalence and the danger, the consolation and hope of religion are put in nine different short stories directed by significant directors. This film is more than a personal statement or religious information about living faith; it is also a project for working on religious dialogue and tolerance.

“Each generation doubtless feels called upon to reform the world. Mine knows that it will not reform it, but its task is perhaps even greater. It consists in preventing the world from destroying itself” (Albert Camus in his Nobel Prize Speech, Stockholm 1957). 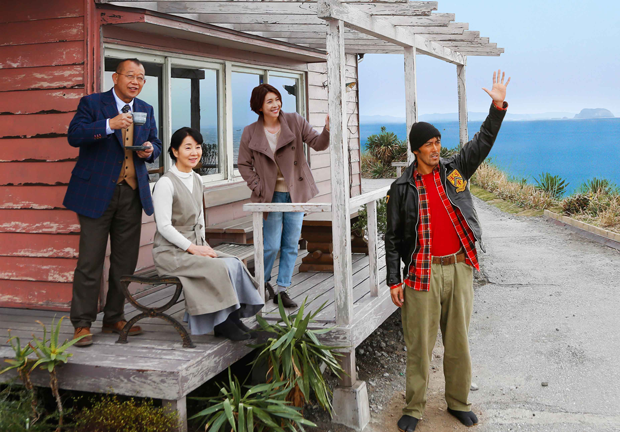 The Ecumenical Jury at the 38th World Film Festival Montréal 2014, appointed by SIGNIS and INTERFILM for the 36th year in a row, gave its Prize to the film Cape Nostalgia / Fushigi Na Misaki No Monogatari (still below) directed by Izuru Naroshima, Japan.

This is a gentle, high quality film about great moments of life – loss, love, friendship, and community in a Japanese coastal village. With humour and depth, the film celebrates humanity quietly and serenely. The photography is excellent, the direction assured and the film well balanced. In its conclusion, the movie moves away from nostalgia to embrace life.
The jury also awarded a Commendation to Melody directed by Bernard Bellefroid, Belgium / France / Luxembourg.

A struggling young woman decides to become a surrogate mother, and she is accepted by a businesswoman, who has longed for her own child. The film explores sensitively the different facets of motherhood and affirms strongly the importance of bonding and maternal commitment. The movie has quality direction, dialogue and acting.

The Ecumenical Jury at the Miskolc Cine Fest (12-21 September 2014) gave its prize to the film Bande des Filles / Girlhood (still below) directed by Céline Sciamma (France, 2014) because it shows a strong young woman staying hopeful in an otherwise hopeless situation.

Set in suburban Paris, and even though her circumstances such as poverty and living in a violent environment force her to make poor decisions, she stays true to herself and never loses the sense of what is right and what is wrong. She overcomes her personal struggles to find her place in life.

This film also shows the problems of many minorities around the world and supports the process of liberation. 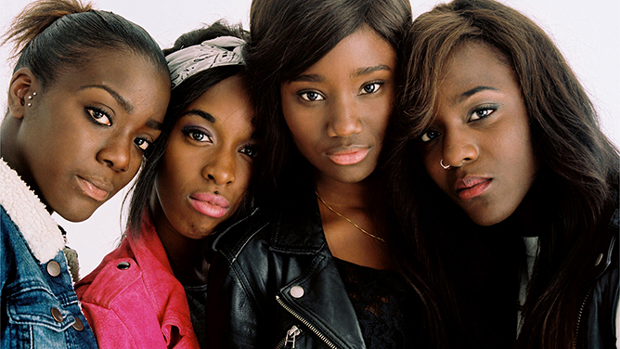 At the 30th Warsaw Film Festival (10-19 October 2014) the Ecumenical Jury, appointed by INTERFILM and SIGNIS, awarded its Prize to In the Crosswind (Risttuules) directed by Martti Helde (Estonia, 2014). The film (still on following page) has been described as a “cinematic requiem”.

Motivation: Erna is an Estonian woman writing to her arrested husband and telling the story about her deportation to Siberia. With a firm grip of the technical possibilities: specially the walk among the living sculptures, the director lifts the story to a higher dimension – to a contemplation of suffering, human eternal dignity and hope through an artful combination of pictures, words and music. A requiem for all the innocent people from Eastern Europe, who have suffered or died from oppression of the Soviet tyranny. We are not allowed to forget…

Synopsis: After Lithuania, Latvia and Estonia were incorporated into the Soviet Union, mass deportations of the native population took place. On 14 June 1941 at 3 a.m., the Soviet authorities began the deportation. Tens of thousands of people from Estonia, Latvia and Lithuania were sent to Siberia, first in lorries, then in cattle wagons. Among them was Erna, a philosophy student and happily married mother of a little girl. Separated from her husband, with her daughter and other women and children she travelled a long and tragic road to remote Siberian territories. There, humiliation, excruciating work, cold and hunger awaited them. She spent 15 years in Siberia. This riveting black-and-white, visually unusual film is based on letters, photographs, memoirs and interviews with witnesses of those events, the main inspiration coming from the diary of Erna, a young Estonian woman. (Festival information). 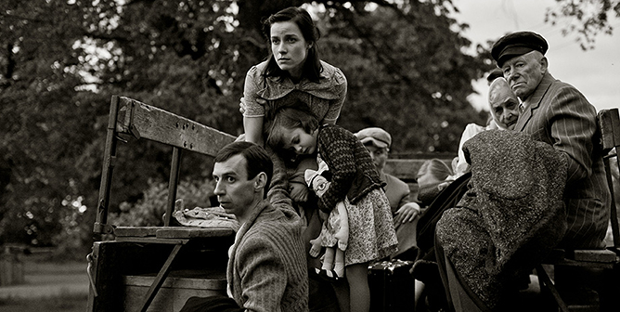 INTERFILM has a new web site

The Protestant film organization INTERFILM has developed a new website with a new structure, a new design and new tools. It offers a search facility for films given prizes by its juries, as well as a festival search; recommendations of DVDs, books, and film releases in cinemas.

Most entries are linked internally which allows visitors to find easily all information connected with a film, an award, a festival, or a person.

Founded in 1955, INTERFILM is an international network for dialogue between church and film, promoting appreciation of cinema’s artistic, spiritual and social significance and calling attention to the relevance of theology and religion for cinema.