On the screen
20719
post-template-default,single,single-post,postid-20719,single-format-standard,theme-bridge,bridge-core-3.0.1,woocommerce-no-js,qodef-qi--no-touch,qi-addons-for-elementor-1.5.3,qode-page-transition-enabled,ajax_fade,page_not_loaded,,qode-title-hidden,columns-4,qode-child-theme-ver-1.0.0,qode-theme-ver-28.6,qode-theme-bridge,qode_header_in_grid,qode-wpml-enabled,wpb-js-composer js-comp-ver-6.9.0,vc_responsive,elementor-default,elementor-kit-41156

Posted at 12:13h in Media Development by wacc_kn 0 Comments

At Visions Réel 2015 – the 46th international film festival held in Nyon (17-25 April 2015) – the Interreligious Jury awarded its Prize, to the film Mothers of the Gods (Madres de los dioses) directed by Pablo Agüero, Argentina, France (2015). The prize is endowed with 5000.‐ CHF contributed by the Swiss Catholic Church and Médias‐pro, the communication department of the Reformed Churches in French speaking Switzerland.

Mothers of the Gods sheds an exemplary light on the impressive spiritual search of five women trying to come to terms with the hardships of their lives while trying to share their newly gained strength with others. This film is artistically utterly convincing and tells its story in a very subtle way. Mothers of the Gods focuses rather on search than on closure which is, as we think, essential for a dialogue between different belief systems.

Synopsis: Five women who have not been spared by life, but who draw some of their strength from spirituality. They do not worship the same gods, but that does not matter: together they have decided to build an ecumenical temple in Patagonia.

In addition, the Interreligious Jury awarded a Commendation to Homeland (Iraq Year Zero) directed Abbas Fahdel, Iraq/France (2015). Homeland looks carefully and respectfully at the very challenging situation a family in Baghdad finds itself in shortly before and after the second Iraq War. The film penetrates the viewer’s consciousness and brings them close to the protagonists of Homeland. Visually they become part of their lives. The filmmaker took great risks in making the film and also saw himself confronted by a personal tragedy.

Synopsis: Two years in the life of an Iraqi family, before and after the American intervention. This powerful collective novel gives life to a saga that flows as slowly as the river that crosses Baghdad.

At the 61st International Short Film Days held in Oberhausen (April 30 – May 5, 2015), the Ecumenical Jury, appointed by INTERFILM and SIGNIS, awarded its Prize of €1500.- donated by the Evangelical Church in Oberhausen and the Catholic Film Work in Germany, to a film in the International Competition to La pasión de Judas directed by David Pantaleón (Spain, 2014).

The film takes up the local Spanish tradition of carrying an effigy of Judas through the streets at Easter and burning it. A group of disabled persons re-enact this event. The director stages the film in a way that creates a critical perspective on religious customs and inspires the audience to think about the ideological foundation of this holiday.

In addition, the Jury awarded a Certificate for a film in the International Competition for Children’s and Youth Films to Tišina Mujo (Quiet Mujo) directed by Ursula Meier (France, Bosnia-Hercegovina, Switzerland, 2014).

Ten-year old Mujo misplays a penalty kick, the ball lands on the neighbouring cemetery where he meets a woman with whom he strikes up a conversation about the people both have lost in their lives. The director manages with astonishing ease to link the past and present of contemporary Sarajevo, religions and generations with their contradictions. 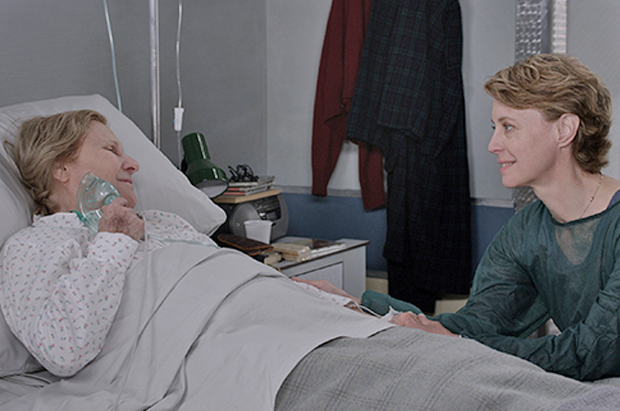 The 2015 Ecumenical Jury awarded its Prize to Mia Madre directed by Nanni Moretti Italy. A well-crafted, fine film suffused with humour that elegantly explores the human journey through loss to new beginnings.

The Jury also awarded two Commendations: to La Loi du marché directed by Stéphane Brizé (France) for its prophetical stance on the world of work and its sharp reflection on our tacit complicity in the inhumane logics of merchandising.

And to Taklub directed by Brillante Mendoza (Philippines) for the sensitive portrayal of individuals and communities working for life in the midst of suffering and death in the shadow of natural catastrophes in the Philippines.

At the 5th International Film Festival for Children and Youth Zlín (May 29 – June 4, 2015) the Ecumenical Jury, appointed by INTERFILM and SIGNIS, awarded its Prize to the film Behaviour (Conducta) directed by Ernesto Daranas (Cuba, 2014).

A bitter look at the harsh reality of growing up in contemporary Havana, this is a multi-layered and well-constructed story that shows how one person’s love, strength, and conviction can conquer the cold reality of an uncaring system determined to tear an 11-year old boy from the only way of life that he knows. This is a generous story of the human spirit and its ability to maintain dignity and hope while transcending the forceful truths of a modern society in flux.

Synopsis: Eleven-year-old Chala lives with his addict mother Sonia. School provides a stabilizing force in Chala’s life, thanks to his close relationship with his spirited sixty-something teacher, Carmela. When the boy is sent off to live in a “re-education facility” and Carmela mounts a campaign to have him released, she becomes the target of a witch hunt. But the idealistic, strong-willed woman remains defiant.

The Jury also gave a Commendation to Mina Walking directed by Yosef Baraki, (Afghanistan/Canada, 2015). Set amid the chaos of modern Kabul, this documentary-style tale highlights in dramatic fashion the incredible strength and resilience of one young girl and her resolve to care for her family at the expense of her own education, innocence, and youth. Her desperate journey is saddened as she chooses to become one of society’s faceless.

Young Mina needs to work in order to feed her Alzheimer’s stricken grandfather and her heroin addicted father. Her father forbids her to attend school, but she secretly attends classes, setting in motion a chain of events that change her life. 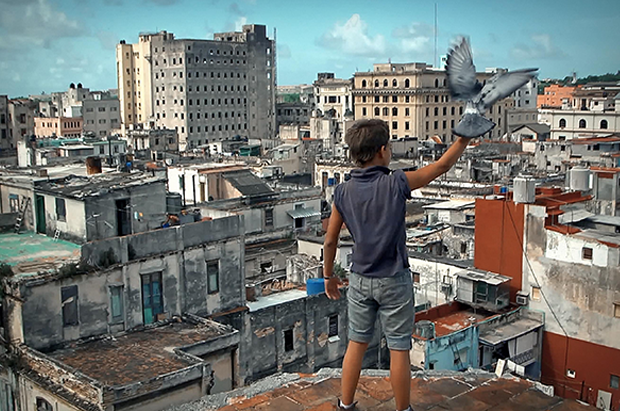 Is the international network for dialogue between church and film. It participates in festivals through ecumenical, interreligious or solely Protestant juries which award prizes to outstanding films. Besides Berlin, Cannes, Montreal, Locarno and Venice, INTERFILM is represented at numerous other festivals where church film juries award prizes to films which: are of high artistic quality lend expression to a human viewpoint corresponding with the message of the Gospels, or stimulate debate with the Biblical tradition make audiences sensitive to spiritual, social and ethical values.