On the Screen
20801
post-template-default,single,single-post,postid-20801,single-format-standard,theme-bridge,bridge-core-3.0.1,woocommerce-no-js,qodef-qi--no-touch,qi-addons-for-elementor-1.5.6,qode-page-transition-enabled,ajax_fade,page_not_loaded,,qode-title-hidden,columns-4,qode-child-theme-ver-1.0.0,qode-theme-ver-29.2,qode-theme-bridge,qode_header_in_grid,qode-wpml-enabled,wpb-js-composer js-comp-ver-6.10.0,vc_responsive,elementor-default,elementor-kit-41156

At the 12th Golden Apricot International Film Festival held in Yerevan, Armenia, 12-19 July 2015 the Ecumenical Jury awarded its Prize to the feature film in the section “Armenian Panorama” Moskvich My Love (still, below) directed by Aram Shabazyan (Armenia, 2014).

Jury Motivation: A well crafted film suffused with humour that sensitively explores a human journey through the loss of dreams to a new beginning by recognizing that one is loved.

Synopsis: Hamo, an old farmer, lives with his wife in a remote village in the mountains of Armenia. The money their son sends them from Russia just allows them to survive. But Hamo nourishes a dream of acquiring a Moskvich, the most beautiful car in the world, the one promised by Soviet power and that he never had. The Soviet Union is gone, but Hamos’ dream remains. He learns that there is one for sale in a nearby village…

In addition, the Ecumenical Jury awarded a Commendation to the film Sivas directed by Kaan Müjdeci (Turkey/Germany, 2014) in the section “Across Borders”. Motivation: For its questioning how a young boy can grow up in a brutal adult world and an invitation for a change to love and solidarity with the whole of creation.

Synopsis: 11-year-old Aslan saves an injured Kangal sheepdog named Sivas, a fighting dog left for dead after losing a brutal match. He then tries to use Sivas to impress his classmates, in particular the girl he likes, and even sets up an amateur fight with another boy’s dog. 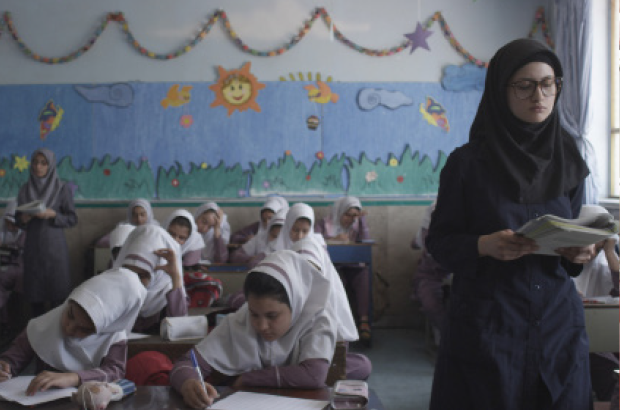 At the 72nd Mostra internazionale d’arte cinematografico, the INTERFILM Award for Promoting Interreligious Dialogue went to Wednesday, May 9 directed by Vahid Jalilvand (Iran, 2015). The film tells the story of Jalal, who wants to overcome his own pain by donating money to a needy person.

In a dramatically convincing manner, the film interweaves the fate of three people living in the city of Teheran in the present day. The dense pictures show the conflicts and suffering of characters who try to face their sorrow with charity.

With its pleading for compassion, charity and altruism against the background of an Islamic culture, the film demonstrates the universality of human values and encourages interreligous dialogue to start with ethical questions, not with dogmatics.

The jury noted the complex talent of Vahid Jalilvand, the good screenwriting and the impressive acting. The members of the INTERFILM Jury 2015 were: Brigitte Affolter (Switzerland); Dr. Jörg Herrmann (Germany, Jury President); and Thanat Pagliani (Italy).

At the 68th Locarno Film Festival (2-12 August 2015), the Ecumenical Jury awarded its prize to Ma Dar Behesht (Paradise) (still, below) directed by Sina Ataeian Dena (Iran/Germany, 2015). The prize is endowed with 20.000 CHF, donated by the Evangelical Reformed Churches and the Roman Catholic Church in Switzerland, and bound to the distribution of the film in Switzerland.

Jury motivation: A strong and courageous Iranian film about the daily life of Hanieh, a young female teacher working in a primary school in Teheran’s southern suburbs. Thanks to spare moments of freedom one can experience a sense of hope despite the oppressive conditions Iranian women have to endure.

In addition the jury awarded two Commendations. To Jiguemeun Matgo Geuttaeneun Tweullida (Right Now, Wrong Then) directed by Hong Sang-soo (South Korea, 2015). Motivation: A film about love, honesty, integrity and the courage to go beyond social barriers. With tender humour it shows how small variations open up wider possibilities.

And to Bella e Perduta (Lost and Beautiful) directed by Pietro Marcello (Italy, 2015). Motivation: A prophetic tale about a true story about respect and care for our “common house”. Not only a political statement, but also a poetic experience. 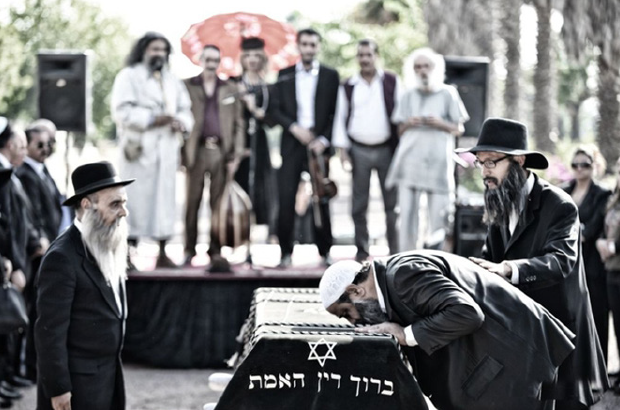 The film takes on the difficult topic of Jewish/Muslim relationships, with all its complexities, in an engaging and creative story that smashes common stereotypes with humour and compassion. A strong script with great characterizations allowsthe viewer to see beyond the impasses that often pass for the status quo to a new world where the Midnight Orchestra composed of all peoples will play a tune of common humanity.

The Jury awarded two Commendations. Un instante en la Habana (Havana Moment) directed by Guillermo Iván (USA/Cuba/Mexico/Colombia, 2015) tells the story of two brothers separated for 23 years when their mother> flees> Cuba> for the United States with> the younger boy. The> film shows us how pardon> and reconciliation are possible when the American brother returns to Cuba and the two discover the best of each other, despite how much separates them.

The jury wants to acknowledge the considerable and multiple talents of Guillermo Iván, the film’s director, writer and co-star.The jurors noted in particular the sensitivity and authenticity of his interpretation of someone affected by a degenerative illness.

Doroga na Berlin (The Road to Berlin) directed by Sergei Popov (Russia,2015) is a story of the horror of war and how it offers no simple answer. Yet in the midst of it, one young soldier retains his humanity in situations that are morally ambiguous. The strong script and directing tell of how trust and loyalty develop between a guard and his prisoner. A war film that gives hope.