On the screen (MD 2020/2)
23179
post-template-default,single,single-post,postid-23179,single-format-standard,theme-bridge,bridge-core-3.0.1,woocommerce-no-js,qodef-qi--no-touch,qi-addons-for-elementor-1.5.4,qode-page-transition-enabled,ajax_fade,page_not_loaded,,qode-title-hidden,columns-4,qode-child-theme-ver-1.0.0,qode-theme-ver-28.6,qode-theme-bridge,qode_header_in_grid,qode-wpml-enabled,wpb-js-composer js-comp-ver-6.9.0,vc_responsive,elementor-default,elementor-kit-41156 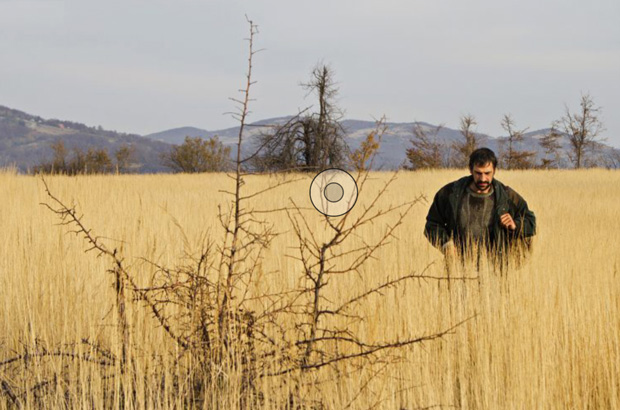 At the 70th Berlinale International Film Festival held February 20 – March 1, 2020, the Ecumenical Jury, appointed by INTERFILM and SIGNIS, awarded its Prize in the International Competition to the film Sheytan vojud nadarad (There is no Evil) directed by Mohammad Rasoulof (Iran, 2020).

The movie reflects upon the importance of moral conscience in four episodes, telling the stories of four men who are confronted with carrying out death penalties and the people surrounding them. Especially the stories of young men faced with this task during their military service, one escaping, another facing the task, and the complications and deep moral conflicts these killings bring about for them confront the audience with the disturbing reality in the Iranian political and judicial system. The actions of these men have a deep impact on the relationships to their loved ones and families, especially the strong female characters. The atmosphere of political persecution is unsettling.

In a very impressive way the film depicts the options that exist, and gives a sense of the possibility of decision and resistance even under political pressure. Thus it shows an impressive fundamental critique of the death penalty in general and especially of the oppressive system in Iran by means of outstanding storytelling and cinematography and intense acting. The film makes a strong statement about human dignity, which is what constitutes us as a person in Iran and everywhere.

In the Forum the Jury awarded its Prize, endowed with € 2.500 by the Evangelical Church in Germany (EKD), to Seishin 0 (Zero) directed by Kazuhiro Soda (Japan, USA, 2020). With subtle though effective use of cinematic means, especially of camera and montage, the film shows the impact the psychiatrist Dr Masatomo Yamamoto has on his patients and their fear of a future without him as he approaches retirement. With sensitive understanding of their distress and with gentle encouragement, he motivates and accompanies them as they seek to move forward.

In the second part, he is shown after his retirement, spending time with his wife now with dementia. Impressive in its seeming simplicity, the film is a landmark for human dignity and agency. Compassion and humility guide the action. A moving film about the value of human agency and care for loved ones in a society motivated more by financial and social success.

In the Panorama the Jury awarded its Prize, endowed with € 2.500 by the Catholic German Bishops’ Conference, to Otac (Father) directed by Srdan Golubović (Serbia, France, Germany, Croatia, Slovenia, Bosnia and Hercegovina, 2020). This road movie (still above) is based on a true story about a father who walks 300 km from the province to the Serbian capital to show his desperate will to get back his children. Because of the precarious economical family situation and a desperate irrational act of his wife, the children were taken care of by the youth welfare office.

The film shows that the Serbian system is still stuck in socialistic arbitrariness, corrupt structures, a strong urban-rural divide and an unbearable neglect of the whole country. Yet the father manages to deal with the catastrophic tension, his feelings of guilt and the challenges on his way to Belgrade in a reserved and non-violent way. In the character of the father, the jury recognized an attitude of persistence and search for justice without hurting anyone else. Thus the father becomes a hero without considering himself as a hero at all. 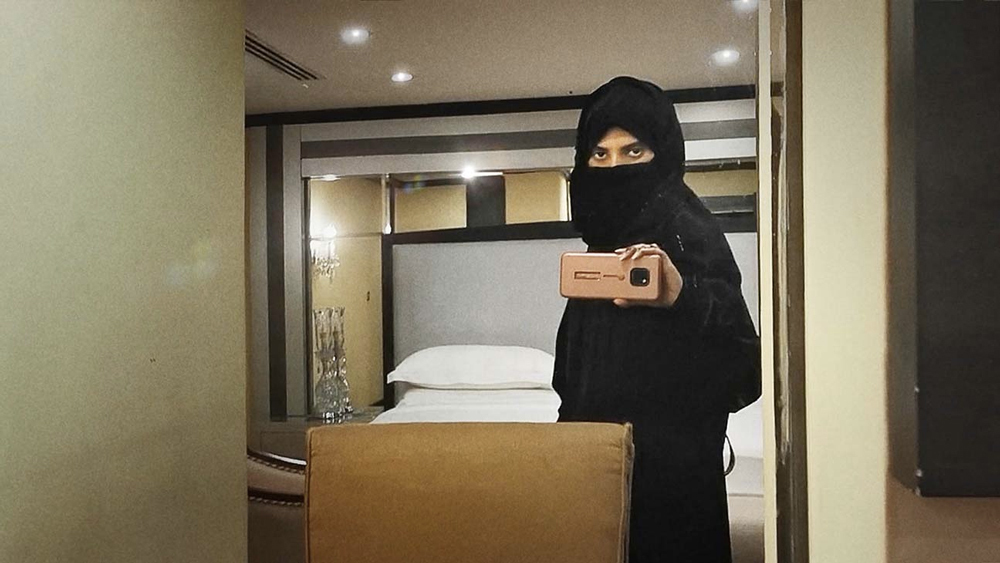 In addition, the Jury awarded a Commendation to the Panorama entry Saudi Runaway (still above) directed by Susanne Regina Meures (Switzerland, 2020). Her upcoming wedding day will change Muna’s life forever. It is the day she makes her decision, not about the groom already chosen for her, but whether to seek freedom outside of Saudi Arabia. A woman of courage facing dangers and challenges, Muna plots her escape from her paternalistic society. Precisely because she is a person of compassion and love for family values, she has to leave.

This coming-of-self-determination-story is real, authentic and touching, being totally put together using smartphone videos. Susanne Regina Meures as the director with Muna as the protagonist created more than a film. Together they added feminism to smartphones and cast the dignity of women as a bridge instead of a border. Together they added a young woman to Germany who is happy about the sun of freedom inside – and so very fine about the rain outside.

The winner was chosen by Mikko Hieta, deputy board member of the Church Media Foundation, and communications director in the education company Hyria that focuses on visual expression and training media professionals.

The motivation for the award states that “Lady Time” is simultaneously timely and timeless. It invites the viewer to pause and ponder big issues like loneliness, life without children, the perishability of everything and the things that truly matter in life.

An old lady has died with no one left to remember her. The filmmaker has purchased her apartment and everything the lady owned remained there and passed on to her. If she would throw everything away would the woman’s life disappear in oblivion?

In this documentary, the filmmaker becomes a modern-day Good Samaritan who volunteers to help selflessly an unknown person. With that, the viewers get lured into a mind-boggling journey through the time, through happiness and sorrow.

“Surely every one of us ends up thinking what will remain, when I am no more. This film is deeply touching, humane and a consoling reminder that life itself is meaningful even if the memories later on will be lost in the timestream”, Mikko Hieta says.

The Church Media Foundation Award is given to a domestic film every year at the Tampere Film Festival, and is endowed with € 1.500.

Photo at top: In the Panorama the Jury awarded its Prize, endowed with € 2.500 by the Catholic German Bishops’ Conference, to Otac (Father) directed by Srdan Golubović (Serbia, France, Germany, Croatia, Slovenia, Bosnia and Hercegovina, 2020).