On the screen (MD2018/2)
21231
post-template-default,single,single-post,postid-21231,single-format-standard,theme-bridge,bridge-core-3.0.1,woocommerce-no-js,qodef-qi--no-touch,qi-addons-for-elementor-1.5.6,qode-page-transition-enabled,ajax_fade,page_not_loaded,,qode-title-hidden,columns-4,qode-child-theme-ver-1.0.0,qode-theme-ver-29.2,qode-theme-bridge,qode_header_in_grid,qode-wpml-enabled,wpb-js-composer js-comp-ver-6.10.0,vc_responsive,elementor-default,elementor-kit-41156 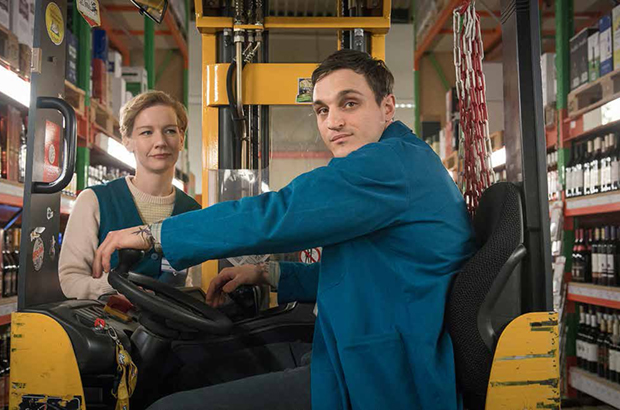 At the 39th Film Festival Max Ophuels Prize Saarbrücken (22-28 January 2018) the award of the Ecumenical Jury – endowed with € 2500 by Catholic and Protestant Adult Education in the Saarland – went to Landrauschen (The Murmur of the Country) directed by Lisa Miller (Germany, 2018).

Motivation: People are different. Adaptation is necessary. “Adapt to you or to me?” A dynamic rhythm and a lot of humour create a loving kaleidoscope of all possible contrasts, city and country, man and woman, old and young, tradition and modernity, locals and strangers, convention and courage, diverse forms of love – and all this in Bubenhausen! “Home is where you find yourself,” says Lisa Miller in “The Murmur of the Country”.

Synopsis: After many years Toni and Rosa meet again in their old home village in southern Germany. But the new start for Toni goes completely wrong. Instead of a job as an editor she gets an internship in the local section of the regional newspaper and her old restlessness returns. The rural idyll begins to crumble. Toni and Rosa develop an explosive relationship until they reach a point, where both have to make a decision.

At the 68th International Film Festival Berlin (February 5-25, 2018) Prize of the Ecumenical Jury in the International Competition went to In den Gängen (In the Aisles) directed by Thomas Stuber (Germany, 2018). Motivation: When life is a supermarket what we need is not found on the shelves but in the aisles. The film (still below) shows in an artistically convincing way what is meant by: “Blessed are the pure in heart”.

A Commendation went to Utøya 22. juli (U – July 22) directed by Erik Poppe (Norway, 2018). In a single take, with a hand held camera, the filmmaker creates a claustrophobic engagement with tragedy of the shocking attack that took the 69 lives of young people outside Oslo. The film plunges the audience into the anxiety and despair of the participants, and suggests the possibility of compassion and hope in the face of tragedy.

The Panorama Prize of the Ecumenical Jury, endowed with €2500 by the Catholic German Bishops’ Conference, went to Styx directed by Wolfgang Fischer (Germany, Austria, 2018). Styx caught the attention of the Ecumenical Jury for the way it discovers the biblical story of the Good Samaritan in the challenge the European Union faces with the arrival of desperate immigrants from Africa. It is a film of high artistic quality, which tells a tale of suspense, and confronts us with the ethical dilemma that individuals and nations must face when we are asked, “Who is my neighbour?”

The Forum Prize of the Ecumenical Jury, endowed with € 2500 by the Evangelical Church in Germany, went to Teatro de guerra (Theatre of War) directed by Lola Arias (Argentina, Spain, 2018). More than three decades after the conflict has ended, British and Argentinian veterans and young actors explore the stories of the war in a setting that transcends theatre. In this reenactment, the Falklands conflict stands for all wars and their traumatic consequences. War ends lives but here humanity prevails. 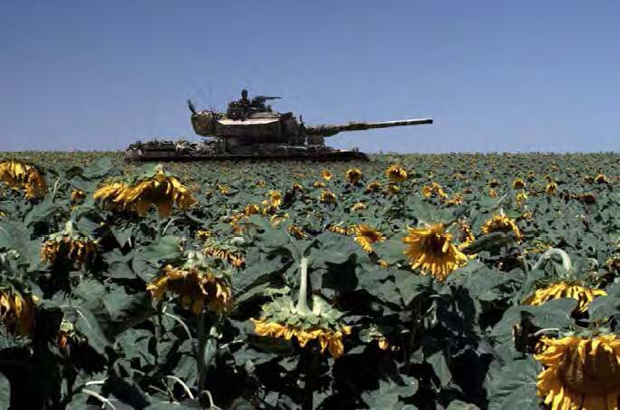 At the 32nd International Film Festival (16-24 March 2018) the Ecumenical Jury awarded its Prize, endowed with 5,000 Francs by the Swiss church aid organisations “Bread For All” and “Lenten Offering”, to the film Foxtrot directed by Samuel Maoz (Israel, Switzerland, Germany, France 2017).

Motivation: What are we passing on to our children? What are children passing on to us? Our traditions and our hostilities. Our hopes and our loves. In an intense film made up of poignant images and biblical motifs, the director relays both history and personal stories in tragicomic style.

In addition, the jury awarded a Commendation to the film Black Level directed by Valentin Vasjanovich (Ukraine 2017).

Motivation: This is a courageous and innovative film with profoundly technical and symbolic dimensions.