On the screen (MD2019/1)
21346
post-template-default,single,single-post,postid-21346,single-format-standard,theme-bridge,bridge-core-3.0.1,woocommerce-no-js,qodef-qi--no-touch,qi-addons-for-elementor-1.5.6,qode-page-transition-enabled,ajax_fade,page_not_loaded,,qode-title-hidden,columns-4,qode-child-theme-ver-1.0.0,qode-theme-ver-29.2,qode-theme-bridge,qode_header_in_grid,qode-wpml-enabled,wpb-js-composer js-comp-ver-6.10.0,vc_responsive,elementor-default,elementor-kit-41156 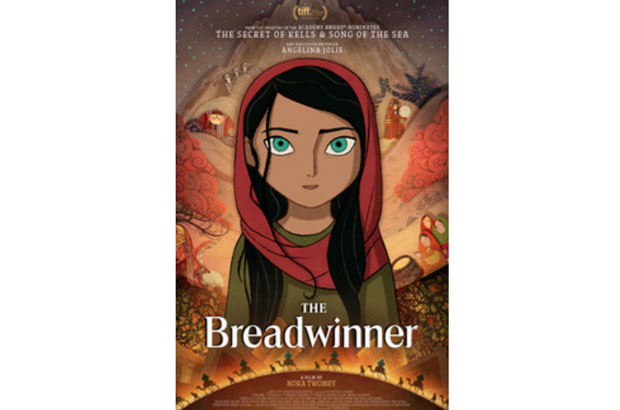 The Ecumenical Jury at the 23rd SCHLINGEL international film festival for children and young audiences in Chemnitz (1-7 October 2018) awarded its Prize to The Breadwinner directed by Nora Twomey (Ireland, Canada, Luxembourg, 2017).

Motivation: The Ecumenical Jury awarded its prize to a film whose content and aesthetics are thoroughly convincing. The movie is set in the year 2001 and depicts a family’s struggle for survival in Taliban-controlled Afghanistan from the perspective of an 11-year-old girl. The successful connection of real events and a timeless fairy tale makes this animated film appealing to both younger and grown-up audiences.

In addition, the jury awarded a Commendation to Meerkat Moonship (Meerkat Mantuig) directed by Hanneke Schutte (South Africa, 2017). Motivation: The movie is particularly suitable for older children, because it manages to depict the fears of a 13-year-old girl in a cinematographically and aesthetically convincing way.

At the 34th International Film Festival Warsaw (October 12-21, 2018), the Ecumenical Jury, appointed by INTERFILM and SIGNIS, awarded its Prize to Irina (directed by Nadejda Koseva (Bulgaria, 2018).

Motivation: The film raises the controversial bioethical topics giving cause for conservation about fundamental human values and still being an example of original approach of the artist.

It tells a story about rediscovering the world by bringing new life into it and as such is an affirmation of life itself. The main character, Irina, slowly learns how to love and forgive.

In addition, the jury awarded a Commendation to Delegacioni (The Delegation) directed by Bujar Alimani (Albania, France, Greece, Kosovo, 2018).

Motivation: By the high artistic quality displayed the film dramatises the theme of the struggle for truth and justice.

At the 60th Nordic Film Days Lübeck (30 October to 4 November 2018), the INTERFILM Jury awarded the Church Film Prize, endowed with € 5000 by the Protestant Church in Lübeck and Lauenburg, to Kona fer í stríð (Woman at War) directed by Benedikt Erlingsson (Iceland, France, Ukraine, 2018).

Motivation: The INTERFILM jury awarded its prize to a film that upgrades the creation order. The preservation of the environment and of the whole planet is made an intrusive and humorous as well as content-wise and formally convincing topic. In addition, the film asks what opportunities the individual has within the limits of democratic action or beyond.

At the 61st International Leipzig Festival for Documentary and Animated Film (29 October to 4 November 2018), the Interreligious Jury awarded its Prize to Avevo un sogno (I Had a Dream) directed by Claudia Tosi (Italy, France, 2018).

The Prize is endowed with € 2500, donated by the Interreligious Roundtable Leipzig and the VCH-Hotels Germany GmbH in the “Verband Christlicher Hoteliers e.V.” including the Hotel MICHAELIS in Leipzig.

Motivation: According to our scriptures women and men are created equal as in Genesis 1:27 and in respect for each other as in Sura 9:71. Hope and the obligation never to give up are substantial parts of our religions. The film we have chosen not only contains hope but produces it. Our choice also fulfils the original requirements of a documentary. It shows a sense of responsibility to make the world a better place inspiring the next generations. Two lady politicians and a lady director had such a dream.

Motivation: The Interreligious Jury is entering Neuland according to the motto of DOK Leipzig 2018. It awards for the first time a Special Prize to a documentary film that has convinced its members. It does not belong to the Official Competition but to the Late Harvest. In a well researched complexity it presents five brave women of five world religions who fight against violence and repression towards women.

At the 67th International Film Festival 15-25 November 2018, the Ecumenical Jury, appointed by INTERFILM and SIGNIS, awarded its Prize, endowed with 2500 € by the Evangelical Church in Germany (EKD) and the Catholic Film Organisation in Germany, to the film Orange Days (Rooz-haye Narenji) directed by Arash Lahooti (Iran 2018).

Motivation: The prize of the Ecumenical Jury goes to a film about having the strength to care for others when you risk losing everything and being a true partner and real family in the midst of adversaries. With simple but visually appealing images, close-ups that highlight the actors’ talent and a narrative that includes suspense, tragedy and humour the director tells a unique and moving story about family, love, respect, and oranges.