Posted at 11:47h in Cinema, News by Philip Lee 0 Comments 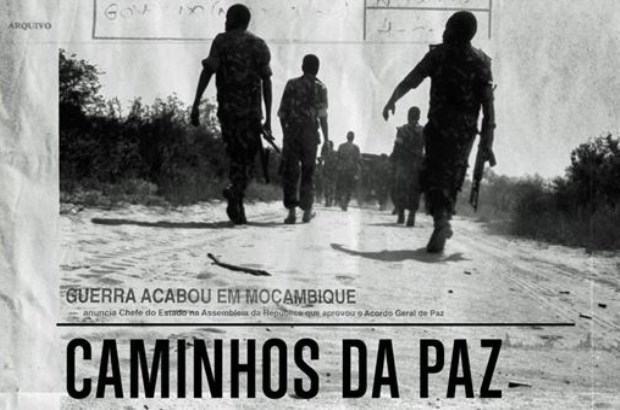 Caminhos da paz (Paths of peace) directed by Sol de Carvalho has won the SIGNIS-WACC Human Rights Award 2013. A feature-length documentary, the film highlights the role of the churches in the peace process in Mozambique.

Sol de Carvalho was born in 1953 in Beira, Mozambique, studied at the Conservatório Nacional de Cinema in Lisbon and worked as a journalist, editor and photographer. On his return to Mozambique he joined the independence efforts of FRELIMO and was nominated as the director of the Serviço Nacional da Rádio Moçambique.

In 1984 he was involved as an assistant in the first feature-length production in the history of Mozambique, a co-production with former Yugoslavia. This was followed by 56 episodes of Kuxa Kanema, a documentary series initiated by President Samora Machel in order to promote the national film industry.

In 1986 Sol de Carvalho finally took the decision to become a filmmaker. Since then he has made many films, for the most part documentaries and TV movies. O Jardim do Outro Homem (Another Man’s Garden) was his first feature-length film. He was also a founding member of the production company Ébano, together with Pedro Pimenta and Licínio Azevedo, although he eventually withdrew from it in order to establish the Promarte Production Company in Maputo.

Sol de Carvalho’s work is socially committed and often deals with taboo subjects like HIV/Aids or domestic violence. Being a strong advocate for participatory processes, he is often on the road in Mozambique showing his films in villages and talking with the people.

Caminhos da Paz covers a section of Mozambican history beginning with the colonial war between the Portuguese army and the supporters of independence and moving onto the civil war that followed. It was a war that lasted more than 10 years that some have described as a war of religions.

After Mozambique achieved independence from Portugal in 1975, the country remained at war. Mozambique was a threat to Rhodesia and South Africa, which set up a movement for rebellion, RENAMO (Resistencia Nacional de Moçambique) to lead the struggle against the new Marxist-Leninist State run by FRELIMO (Frente de Libertação de Moçambique).

The ferocious civil war left hundred of thousands dead and a country in ruins. Gradually, FRELIMO began to soften its anti-religious stance and sought better relations with the Protestant Churches, from which had come a number of officials named to key-posts in Mozambican organizations.

But the war continued raged on. The big problem was that FRELIMO did not know its adversary. No one knew who directed RENAMO or where they could be found, so no one knew with whom to negotiate peace.

Everything changed with the intervention of the Sant’Egidio Community. From the beginning of the 1980s, this community had given material aid to Mozambique to aid famine in the war-torn country. This humanitarian effort contributed to improving relations between the Catholic Church and the regime. But the Community was aware that the only real help would come from reconciliation between the warring parties. It was they who succeeded in contacting RENAMO to conduct the first negotiations.

Caminhos da Paz recounts concerted efforts on the part of the Roman Catholic and Protestant churches to bring about the peace accords signed in Rome on 4 October 1992. It is one of the rare examples in recent decades of a conflict resolved by negotiation in Africa.

According to Guido Convents of SIGNIS, “Sol de Carvalho has made his documentary like a suspense thriller, with interviews with all the protagonists and extracts from audiovisual archives. Sometimes one wishes it would last longer than two hours! A real achievement and a story full of emotion showing that hope exists.”