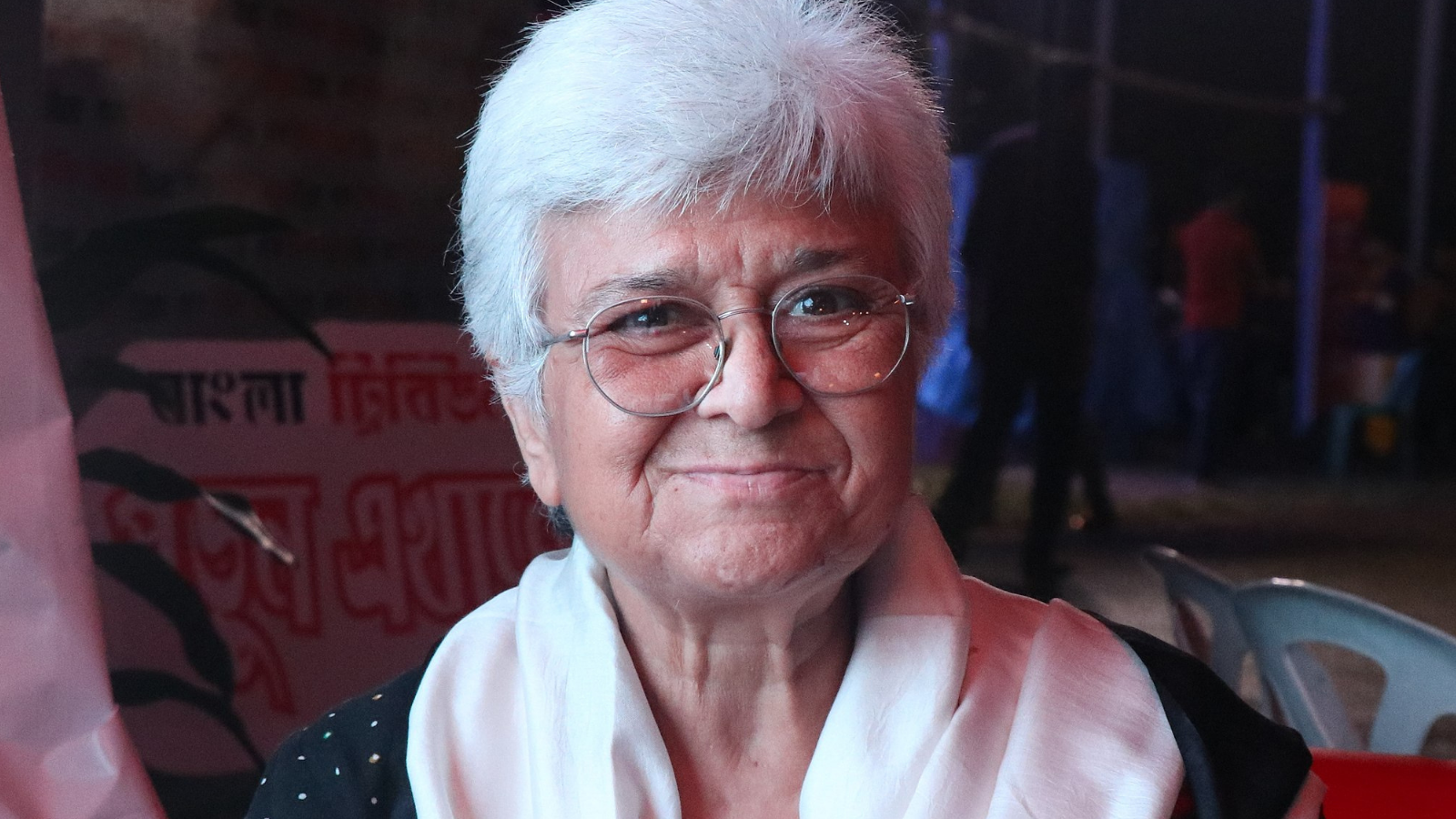 Kamla Bhasin, a beloved pioneer of the women’s rights movement in South Asia who also wrote poetry, songs and books about feminism and human rights, died in Delhi on Friday, September 25, after a short bout with cancer. She was 75.

Bhasin who described herself as “a social scientist by training,” founded Sangat, a South Asian feminist network, and co-founded Jagori, which sought to bring “feminist consciousness” to rural areas in India.

She was also the South Asian co-ordinator of the One Billion Rising Campaign, “the biggest mass action to end violence against women,” which launched in 2012.

Bhasin was a keynote speaker at WACC’s landmark 1994 conference, Women Empowering Communication, held in Bangkok, which led to the Bangkok Declaration that underscored the need “to promote forms of communication that not only challenge the patriarchal nature of media but strive to decentralize and democratize them.” It was at this conference that the Global Media Monitoring Project (GMMP) emerged, becoming the world’s longest running research and advocacy initiative for gender equality in and through the news media.

According to Philip Lee, WACC General Secretary, Bhasin’s assertion at the conference that “communication alternatives need to emerge from feminist critiques of the present world order and vision for the future” remains true today.

In India, Bhasin is known for improvising the “Azadi” [plea for freedom and dignity], “which she picked up from Pakistani feminists, as well as for her poems written for children, the most notable being, ‘Because I’m a girl, I must study,’” according to The Indian Express.  “She wrote more than 30 books on women’s rights and eight children’s books, along with several songs and poems.”

Born in 1946 in Shahidanwali village, Bhasin studied at Rajasthank University and later moved to Germany to study sociology. She returned to India in 1972, and joined Seva Mandir, a grassroots NGO in Udaipur, which focuses on development projects in Rajasthan’s poorest populations. She later worked with the UN’s Food and Agriculture Organization, during which “she reached out to women across the country,” said The Indian Times.

Described by many as “a joyful activist,” Bhasin was noted for her warmth and vibrant spirit.

“I can never forget the sight of Kamla climbing the traffic police booth in the middle of the road, her full-throated slogan meri behne mange azaadi (my sisters demand freedom) reverberating in the air,” wrote Indian social entrepreneur Kalpana Viswanath, in a tribute published by The Wire. “It was a slogan Kamla had heard from feminists in Pakistan; she popularised it and made it into a feminist anthem which continues to be used in movements even today.”

“Her deep and unshakeable belief in a South Asian solidarity led to the birth of lifelong friendships and collaborations across borders including with Sri Lankan feminist activists, artists, academics, writers and students,” wrote Sangat Sri Lanka, who also noted Bhasin’s commitment to peace in South Asia and Sri Lanka. Bhasin was convenor of the Forum 1000 Peace Women, and was also part of the Women’s Initiative for Peace in South Asia, South Asians for Human Rights, among others.