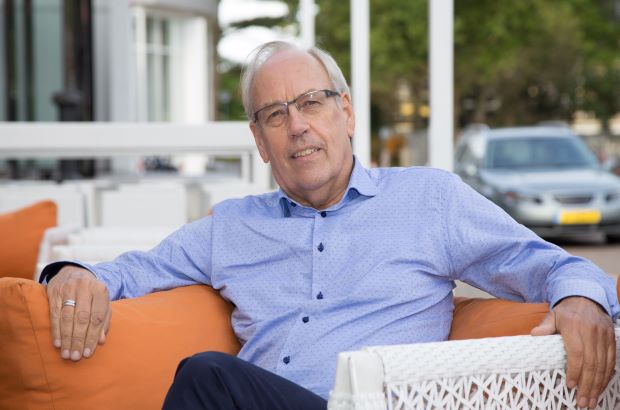 Living in a post-truth era, where people disregard facts or cherry-pick those that bolster their own beliefs, is the biggest challenge facing communication rights of people around the world, says Piet Halma, one of WACC’s honorary life members for 2018.

It becomes all the more crucial for organizations like WACC, to challenge governments and world bodies like the UN to address issues that impede peoples’ right to be informed, to communicate, and take part in open and democratic debate.

“I see communication rights as a fundamental right for all people,” says Halma, who has a broad experience in public broadcasting, communications and peacekeeping. Halma, who served as WACC vice-president and president of WACC Europe, served at the ecumenical broadcast IKON and the Council of Churches, both in the Netherlands.

Halma first got involved with WACC in 1996, when he represented IKON at the assembly in Fiji, where he was also elected as WACC vice-president.

He was and remains convinced of the role played by ecumenical networks like WACC “to work for a better world,” says Halma.
Halma says when he first joined WACC, communication rights wasn’t prominent on the agenda of bodies like the UN. While it has made advances, he says there’s still a need for organizations like WACC to popularize the issue. WACC should reach out to similarly-minded organizations, make available spokespersons who can talk about communication rights, and have more presence on social media, says Halma.

“The Christian principles of communication are still viable and important,” says Halma “Please find ways to communicate them in a more understandable way for a broader public. Make more use of social media.”

Halma, who retired in 2015 and now serves as a volunteer on patient advocacy boards, was also chair of the European Television Festival of Religious Programmes in Kristiansand, Norway, in 2007. He was advisor of the board and management of PAX, an NGO in the Netherlands that works for peace, reconciliation and justice in conflict areas around the world.

Halma is also a member of the board of Interfilm and has been a member of several ecumenical juries at Karlovy Vary, Leipzig, Kiev, Cottubs, Locarno and Berlin.

Photo above: “I see communication rights as a fundamental right for all people,” says Piet Halma, one of WACC’s honorary life members. By Harold van Beele