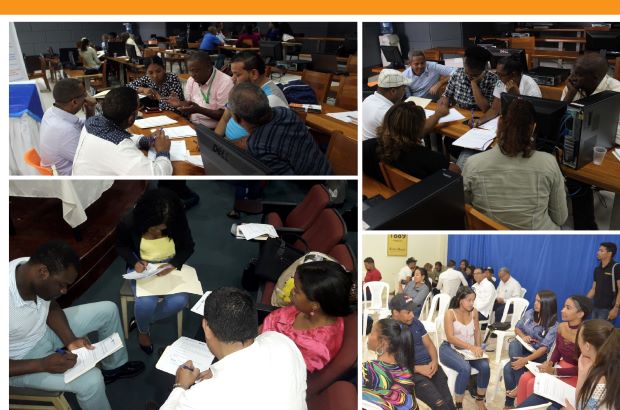 In response to rising xenophobia and racism in the Dominican Republic, WACC partner Espacio de Comunicación Insular has launched an awareness raising campaign on the issue and is developing a guide for ethical and inclusive journalism.

“In recent years, and especially since the 2015 court ruling that undermined the citizenship rights of Dominicans of Haitian descent, there has been a noticeable growth in racist and xenophobic discourse in traditional media and digital platforms in the Dominican Republic,” noted Espacio de Comunicación Insular, a civil society organization established in 2005. The organization’s mandate is to advance communication rights, encourage inter-cultural dialogue, and promote the rights of migrants, especially in relation to Dominican-Haitian relations.

Espacio de Comunicación Insular, though its online community radio station Radio Cimarrona, and in partnership with CSOs, “has played a key role in creating spaces for intercultural exchange about human rights between and among young Dominicans and Haitians,” said Lorenzo Vargas, WACC manager for Communication for Social Change. About 60 journalists and students from different universities in Santo Domingo, Santiago, and El Cibao participated in various activities organized by Espacio de Comunicación Insular, and one of its partners, the national association of journalists, Colegio Dominicano de Periodistas (CDP). These included three workshops on human rights coverage and intercultural interactions based on mutual respect and awareness of the cultural identity of every individual.

A rights-based guide to inclusive communication is currently in the works. “We believe that the power of journalism must be put at the service of the construction of a new citizenship, of a society based on respect for people on equal terms,” Espacio de Comunicación Insular said in its report. The document will work within the framework of the project, “Promotion of a democratic culture, with zero tolerance for racism and xenophobia in the media.”

The fact that discrimination based on gender and sexual diversity was not among those mentioned first is “significant,” the project said, noting that this “could lead a greater invisibility of this discrimination.”

Workshops were conducted with the help of CSO representatives working to address various forms of discrimination. A trainer on the issue of human sexuality, for instance, urged participants to learn more about the general concepts around the issue, including knowing the difference between orientation, identity and sexual preference.

When covering the aging population, a representative of The Grandfather Institute, a local CSO, urged participants to not only look at public policies aimed at addressing their needs, but to check whether they themselves were involved in identifying their needs. The presentation also emphasized that more often than not, older adults contribute to the social and economic development of their society. They are often the ones who look after their grandchildren and do household chores so that their children can work outside the home, said the representative.

Photo above: Students and journalists in the Dominican Republic participate in workshops aimed at promoting a democratic culture “with zero tolerance for racism and xenophobia in the media.”