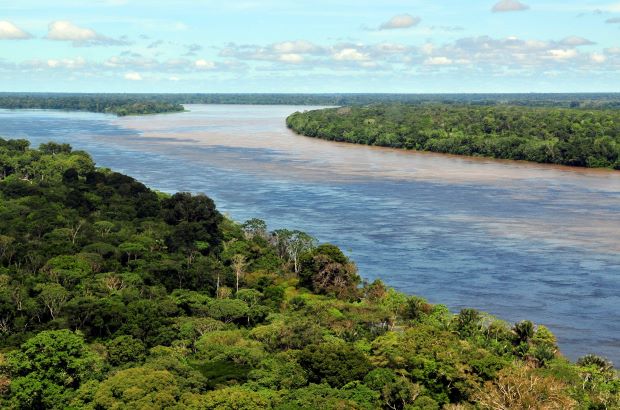 WACC-Latin America has joined other civil society groups around the world in raising concerns over threats facing the Amazon rainforest, including a recent uptick in deforestation and record-setting wildfires.

Smoke from the raging wildfires have covered half of Brazil, according to CNN.

“…Care of the environment, in particular of the Amazon, which is the largest and richest ‘lung’ in the world, is an area that concerns us all,” WACC-Latin America’s regional executive committee said in a statement. The Amazon is often called the Earth’s lungs because it produces 20 per cent of the oxygen in the planet’s atmosphere.

The institute said it had detected 72,843 fires this year, an increase of 83 per cent compared to previous year’s data. Since August 15, the institute said satellite images spotted 9,507 new fires in Brazil, reported Reuters. While wildfires are common in the dry season “ they are often deliberately set by farmers illegally deforesting land for cattle ranching,” institute researchers told the news agency.

A few weeks after the data was released, Bolsonaro accused the institute’s director, Ricardo Galvão, of peddling “lies,” and sacked him.

Bolsonaro, who has been called the “Trump of the Tropics,” has vowed to “sensibly extract the riches” in the rainforest, of which 60 per cent is in Brazil.
The Amazon rainforest is “the world’s largest terrestrial carbon sink and plays a crucial role in regulating the global climate, according to Amazon Watch.

It is “the only rainforest that we have left in terms of size and diversity,” according to the World Wildlife Fund. It is the world’s “richest and most-varied biological reservoir, containing several million species of insects, plants, birds, and other forms of life, many still unrecorded by science,” according to brittanica.com

Deforestation, fossil fuel extraction, mining, and the construction of large-scale hydroelectric dams have, however, put the Amazon at risk. More than 20 per cent of the rainforest, which covers an area of 2,300,000 square miles, has been deforested, says Amazon Watch.

The Amazon is home to 34 million people, including 385 Indigenous groups, many of whom rely on the forest for their livelihood. Their lands been under threat from large-scale infrastructure projects, mining, petroleum, timber production, cattle ranching and soy farming, among others.

Indigenous people, whose land ownership rights are recognized under international law, often resist the appropriation and destruction of their ancestral lands and have suffered abuses as a result.

In calling for the protection of the Amazon, WACC-Latin America noted that Goal no. 15 of the UN Sustainable Development Goals calls for the restoration and promotion of “the sustainable use of terrestrial ecosystems,” and for putting an end to desertification, the degradation of lands and the loss of biological diversity.

Photo above: 2011 Aerial view of the Amazon rainforest, near Manaus, Brazil. By  Neil Palmer/CIAT – Flickr