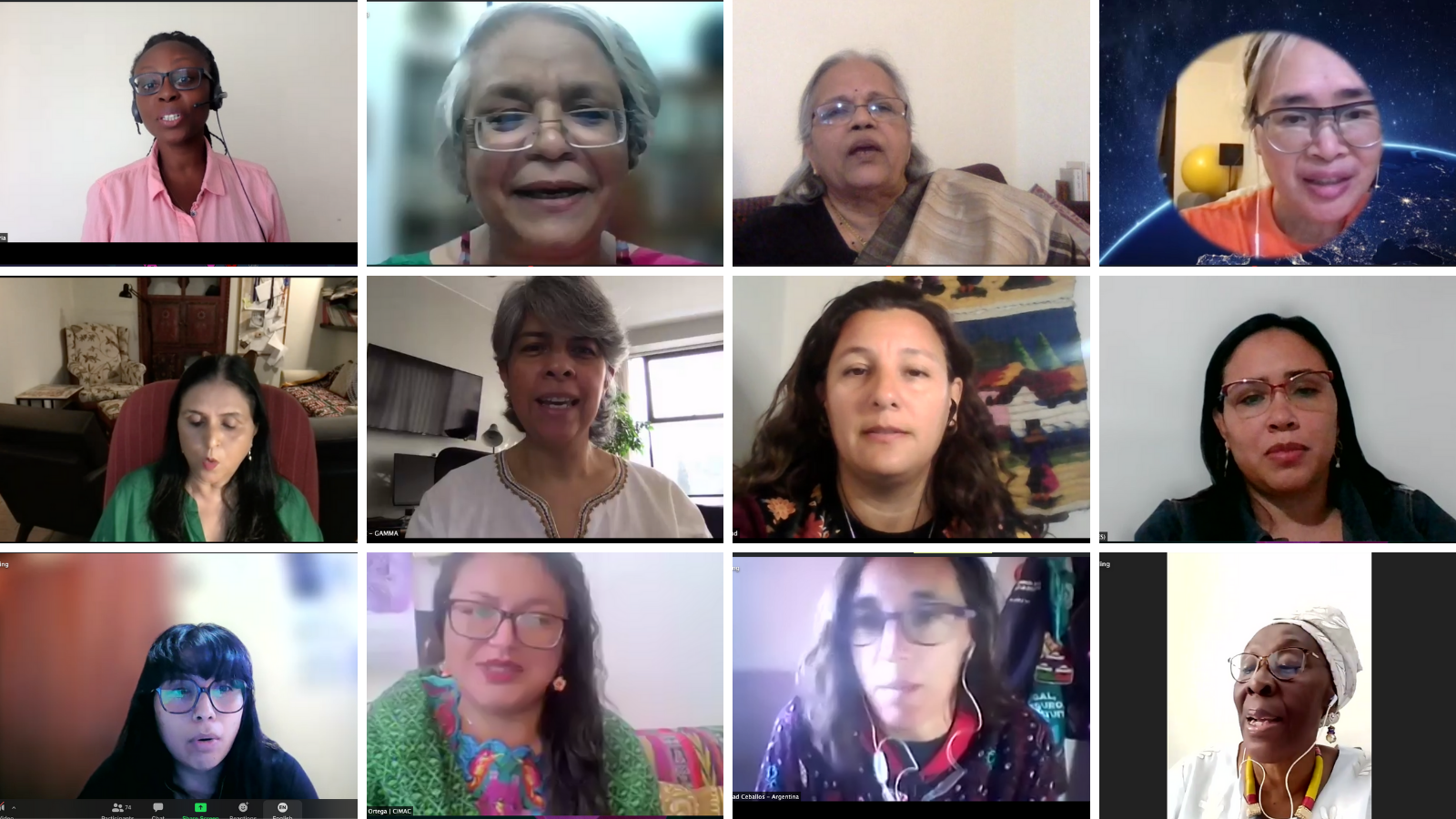 As countries look ahead to a post-Covid pandemic world and aim to build back better, it is more important than ever to hear and read about women’s perspectives and expertise on all issues in the news media, said participants at a WACC-organized NGO CSW forum held online on March 25.

As such, they urged media houses to establish a policy that promotes gender ethical practices in their newsrooms and to present regular status reports on their progress, which they identified as one way of addressing the unequal representation of women and men in the news.

They also underscored the importance of engaging with government, media houses, research institutions and civil society organizations to help them recognize the power and influence of media in development.

The forum, Media: Building back better with women and girls at centre, was held in the context of the 2022 Commission on the Status of Women parallel events and discussed the findings of the 6th Global Media Monitoring Project as well as ways to move forward. It also discussed the absence of the gender perspective in climate change analysis and reporting.

GMMP regional and national coordinators from Asia, Latin America, Africa, and the Caribbean reflected on the GMMP results in their own contexts and what changes need to happen to realize gender equality in and through the media.

“Covid-19 exposed and exacerbated inequalities in our world,” said Dr. Sarah Macharia, GMMP Global Coordinator, in her opening remarks. Through the GMMP, she said, “we gained an understanding about how gender inequality played out in news content disseminated during the pandemic, as well as content that is specifically about the crisis.”

Prof. Dr. Gitiara Nasreen, Asia regional coordinator, noted that while the percentage of women as news subjects and sources in Asia increased from 14% in 2005 to 21% in 2020, this was still below the global average of 25%.

“It is clear that a lot of changes need to be done,” she said.

In China, GMMP national coordinator Feng Yuan from the Media Monitor Network, noted that while there was some progress in the presence of women as news subjects and sources, men still dominate the news. While women make up the majority of frontline volunteers during the pandemic, for example, this has not been reflected in the news, she noted. Chinese news media also had no stories that clearly challenged gender stereotypes, she added.

Tasneem Ahmar, founder and director of Uks Research Centre and GMMP Pakistan coordinator, said the Covid-19 pandemic saw more women making use of digital spaces to become entrepreneurs and their stories were highlighted by women journalists. “We saw women take up the burden of caring and feeding their families, as they always have,” she said, noting that young journalists set up their own YouTube channels while others set up home-based and non-traditional businesses. Women started using motorbikes, previously unseen in a conservative society.

However, she said, “the flip side to that is that women journalists who featured these kinds of stories were being trolled, some received death threats.” 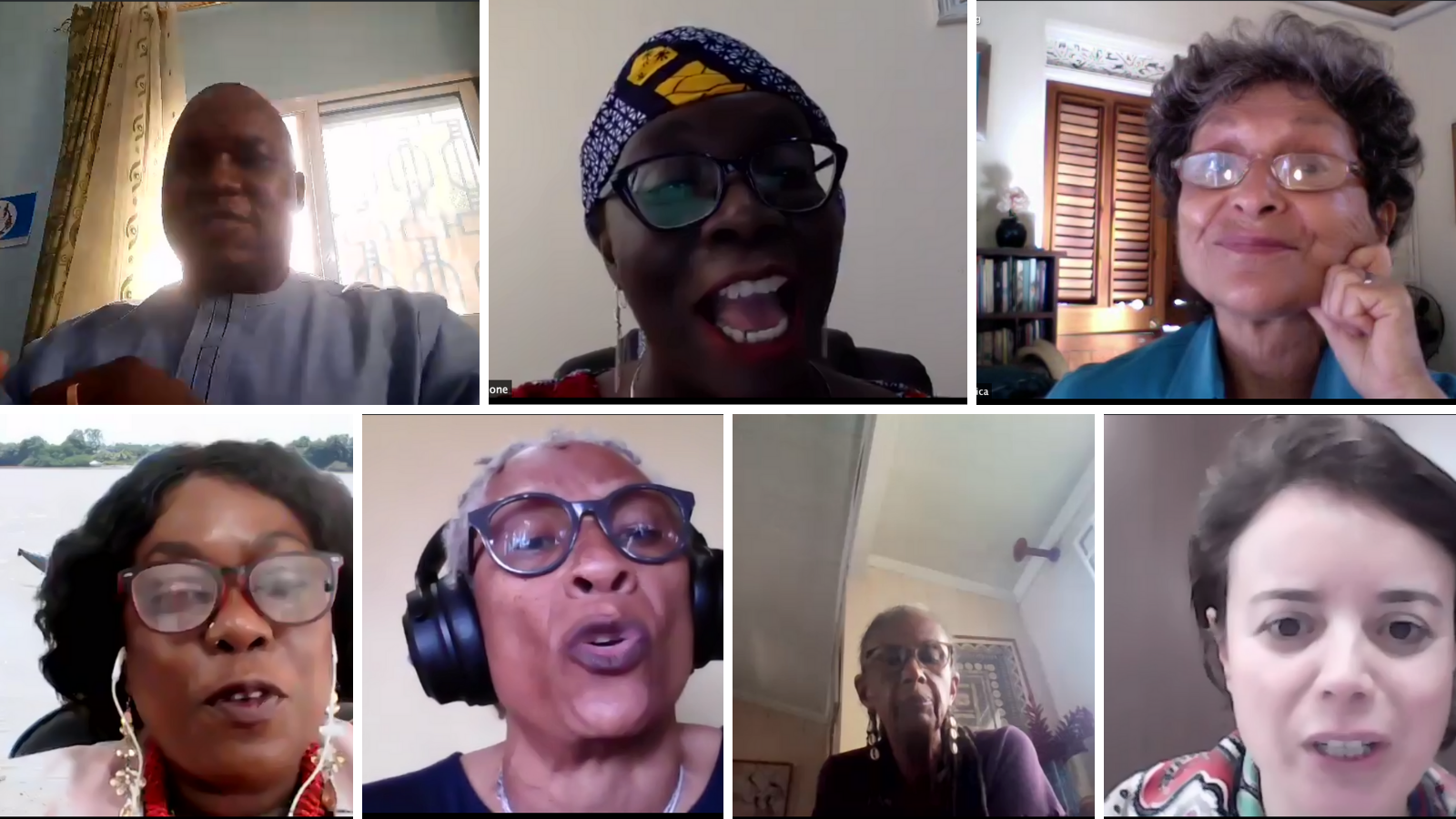 Luciana Aliaga, GMMP coordinator in Peru, noted that while Indigenous women in Peru have been playing a critical role in preserving ecosystems and defending their land, but their contributions and issues are not visible in the news. “We want to see women leading in news about climate change,” she said, noting that women are often relegated to the role of eyewitnesses and victims, and are often only featured in occasions such as International Women’s Day.

Cirenia Celestino Ortega, strategic communications director at Comunicación e Información de la Mujer AC (CIMAC), said that a study conducted by a media observatory in Mexico used the GMMP methodology and found that stories about defense of land and territory were not a priority on the news agenda. In fact, they constituted less than 1% of stories, and of these stories, women appeared in only 2 of 28 stories monitored. “One was an academic woman and other one was without a leadership role,” she said.

“What do we see in the news? We see the killing of defenders,” she said. “We see masculine voices that predominate in the subject and on television. We never see anything related to the defense of land by women. In spite of the violence, in spite of everything that defenders go through and the struggles that they carry out, they are not even a minimal part of the news agenda.” Ortega stressed the need to “give more visibility to the risks that women face.”

Soledad Ceballo of the GMMP Argentina coordinating team, suggested that the next GMMP look into climate change coverage and how or whether women are being represented in stories.

Gender-based violence in the news

Meanwhile, Amie Joof, GMMP technical advisory committee member, director at FAMEDEV, the Inter-African Network forWomen, Gender Equity and Development and GMMP regional coordinator for West and Central Africa moderated the panel discussion about the barriers to social inclusion that African women and girls face, as well as the portrayal of gender-based violence in the news.

Mbailassem Constat, GMMP coordinator in Chad, lamented that despite laws prohibiting marriages of girls under 18, this remains a big issue, along with rape and other gender-based violence. Gender-based violence is also treated lightly in the media, he said. And when news media report about them, they’re often from the perspective of men. Men talk on behalf of women, “rarely are the women invited to express themselves on those issues,” he said.

Hillary Nicholson, of WMW-Jamaica, GMMP Caribbean regional coordinator and member of the GMMP technical advisory committee, moderated the panel led by representatives from Suriname, Jamaica and Trinidad & Tobago. She noted some progress in the region’s performance in the GMMP, saying that media representation matters and gender stereotypes have to be addressed.

Jacquie Burgess of the Trinidad and Tobago GMMP team said it was important to keep media houses engaged and encourage them to train journalists on how to better represent women in the news.

She also said that having a GMMP once every five years is “a bit too long,” and perhaps studies can be conducted by countries on their own using the project methodology.

Jamaica-based gender specialist Judith Wedderburn proposed a strategic collaboration with research institutions interested in a project on gender equality in the media.

Latifa Tayah of the Moroccan media regulator Haute Autorité de la Communication Audiovisuelle (HACA) ended the session by saying, “we have to go beyond the sensitization of media actors […] we have to foster the participation of local communities and civil actors. We have to work together.”