Regulations are a bigger threat than fake news
21148
post-template-default,single,single-post,postid-21148,single-format-standard,theme-bridge,bridge-core-3.0.1,woocommerce-no-js,qodef-qi--no-touch,qi-addons-for-elementor-1.5.6,qode-page-transition-enabled,ajax_fade,page_not_loaded,,qode-title-hidden,columns-4,qode-child-theme-ver-1.0.0,qode-theme-ver-29.2,qode-theme-bridge,qode_header_in_grid,qode-wpml-enabled,wpb-js-composer js-comp-ver-6.10.0,vc_responsive,elementor-default,elementor-kit-41156

13 May 2017 Regulations are a bigger threat than fake news 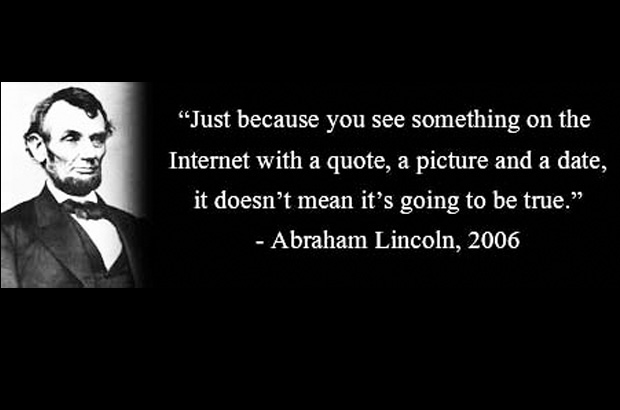 Fabricated or inaccurate news stories are not new; they are the inevitable price we pay to be able to enjoy our precious right to free expression. Education, not regulation, is the path forward.

There’s nothing new about fake news, except, perhaps, its name; lies, government propaganda and erroneous reporting have been making unwelcome appearances in newspapers − thereby misleading readers and undermining journalism’s essential role in scrutinising the powerful − since the dawn of print media. The year 2016 was the one in which fake news was considered to have had such an impact on political events around the globe that U.S. President Barack Obama felt compelled to speak out publicly against it, and high ranking politicians in Germany, the USA, Italy and Spain called for it (especially in social media form) to be banned or ‘regulated.’

Fake news can be damaging (it inflames hatred and arguably contributes to the already declining public trust in the media), but suggestions that states should somehow control it pose a far  lished on the internet. In order to maintain the integrity of an independent media and protect our precious right to freedom of expression, journalists, free speech advocates and news consumers must address fake news.

Defining fake news can be a contentious business, forcing us to address the changes that are taking place in journalism and to consider the role of political partisanship. Everyone recognizes the popular notion of what fake news is: reports that are knowingly fabricated, often vicious, politically-motivated, promoted on social media and sometimes created in the Balkans by teenagers for cash.

However, if journalistic veracity is the prime motivation of pro-regulation politicians, that opens up a far wider debate. Governments routinely lie and media outlets sometimes reproduce government falsehoods uncritically: is that fake news? Is one-sided journalism fake news? Is poorly fact-checked, inaccurate reporting fake news? Big stories often change as new facts emerge: is the well-intentioned, hard-working journalist who files copy that later proves to be inaccurate a producer of fake news too? Is the intention to deliberately mislead the essential ingredient of fake news?

If we accept that the defining characteristic of fake news is the deliberate fabrication and sharing of information with the intention of deceiving the public, then fake news is not ‘news’ by any accepted standard; it is merely false information communicated to others. ‘News’ – produced by journalists − should adhere to a range of professional standards, including that the facts be independently corroborated and that the story be in the public interest (lying to the public is not in its interest).

However, the internet − as it does with everything − complicates this picture. It does this mainly in two ways.

Firstly, the internet has blurred the boundaries around what is considered journalism. The huge growth of online bloggers, citizen journalists and other non-traditional news deliverers is a wonderful example of how the internet has democratised global communication. Some of these voices provide an essential service (especially when the mainstream or state media is ignoring an important story), but many of these voices blur report with comment (without warning) and operate without adherence to, or knowledge of, the professional journalistic standards that make a story reliable ‘news.’ A 2010 survey showed that while a majority of journalists depended on social media for research, 49% of them felt that stories published on social media did not meet journalistic standards.

Secondly, the internet, the 24 hour news cycle, the competition for readers and diminishing revenues have all combined to put enormous pressure on traditional journalists to get the story first rather than get it right. This sometimes leads to stories (including fake ones) being plucked from the internet, re-written and then published without having been properly fact-checked.

Both creators and consumers of the news are implicated in the rapid spread of lurid, dishonest stories that takes place in times of crisis. Turbo-charged by social media, these stories feed off and exacerbate an already strained atmosphere in which fear, cynicism and hysteria dominate: tribalism takes over, reasoned debate breaks down and standards of proof often fall by the wayside.

A good example of all this in action is the still-evolving drama surrounding the US intelligence agencies’ assertion that Russia directly interfered with the 2016 U.S. presidential elections (using hacking and fake news) in order to determine the result. The New York Times noted that this claim was not yet satisfactorily backed up by the publicly available evidence and Masha Gessen, the US/Russian journalist and critic of both Trump and Putin, has poured scorn on the official intelligence report. However, much of the U.S. media reported the intelligence agencies’ opinion uncritically.

Worryingly, a list of news providers alleged to be acting as Putin’s ‘propagandists’ was also published. Before Gessen published her article, Glenn Greenwald − though he agreed that Russia might have meddled in the electoral process − also criticized the weakness of the evidence presented and called for a greater degree of journalistic scepticism when addressing hacking claims made by the U.S. intelligence community. For demonstrating this scepticism himself, Greenwald was targeted by public figures who accused him of being, among other things, Putin’s stooge; the high-profile democratic senator Howard Dean (showing that Donald Trump is not alone in his attempts to undermine the independent press) even insinuated that The Intercept (of which Greenwald is a founding editor) might be in the pay of Russia or Iran.

This is the kind of discord, cynicism and distrust of the free press that the deliberate spread of intentionally false information is intended to generate.

Responding to lies and fabrications

So how should journalists and defenders of free expression respond?

Firstly, we must accept that lies and fabricated or inaccurate stories are the inevitable price that we have to pay to be able to enjoy our right to communicate freely. Attempts by governments to determine and regulate what is (or what isn’t) fake news should be rejected. In a recent article about social media and fake news, Article19 points out that effective self-regulatory mechanisms already exist for the maintenance and promotion of journalistic high standards; government interference, it says, would be both dangerous and impractical:

“….prohibition of ‘fake’ or ‘false’ news has often served as an instrument to control the media and restrict editorial freedom…. Any legal prohibition of ‘fake’ news would inevitably create a chilling effect upon the media and anyone that contributes to public debate. Facts are by their nature complex and intricate, to the point that it is truly impossible to avoid slight inaccuracies in reporting. Demanding that journalists only publish reports that are absolutely true would simply be impractical.”

Similarly, the independent press must be defended from cynical attempts by public officials to undermine it; suggestions that independent journalists are traitorous, working with or paid by a hostile power or attempting to incite social discord are often an early step on a road that eventually leads to a crackdown on the media.

We all need to become more sophisticated consumers of news. As the World Association of Newspapers and News Publishers reports, ‘news literacy’ projects are already underway. The aim of these projects is to teach young consumers of news and associated material on social media how reliable journalism is created and how to critically assess what they read: they are encouraged to look at sourcing and evidence and also to consider what might be missing from a story.

Education is the way forward, not regulation. And if all the current alarmism leads to more skilled, critical thinking about the news that we report and consume (false or otherwise) then fake news will have inadvertently provided a useful service. ν