A few months before the 2013 elections, many Cambodians began to break out of their culture of fear, silence and political ignorance and embrace civic engagement. They participated in opposition campaigns, demonstrations, and the elections themselves. The public domain has become a place for political discussion and the expression of dissatisfaction with the government, despite threats and warnings from the authorities (Khoun, 2013). As a result, the ruling party majority in the National Assembly was heavily reduced – from 90 in 2008 to 68 in 2013 – with the Cambodian National Rescue Party (CNRP) benefiting. What has changed?

The rise of social media as an alternative to, if not an outright replacement for, pro-government media means that information and these shortcomings can no longer be monopolized or concealed. Internet access becomes less of a luxury in the country, and the cost of smartphones is plummeting by the day (Colin, 2013). Six years ago, fewer than 10,000 Cambodians had a web connection, and it was extremely slow. Today 3.8 million people or nearly 40% of the population have access to the Internet, mostly via their smartphones. Of those, nearly two million users have Facebook accounts (ECDGS, 2014).

Additionally, the rising popularity of international broadcasters (among them the Voice of America, Radio Free Asia and Radio France International, citizen journalism, donor-driven media initiatives, foreign-language newspapers (such as The Cambodia Daily and Phnom Penh Post) gives news consumers more options and access to independent coverage. As a result of this trend, the opposition now dominates in most of the populous provinces and cities where access to the Internet and information is most prevalent. 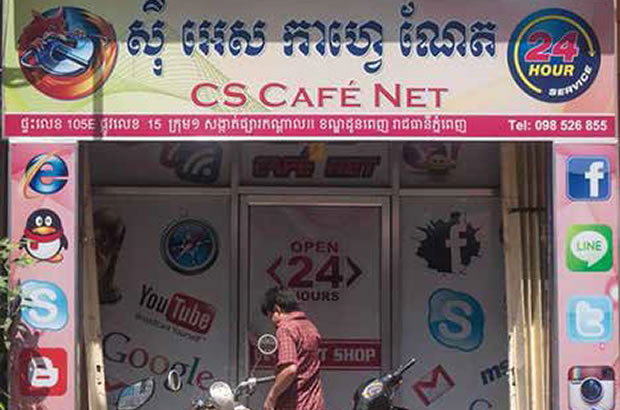 Why reform is rational

The diminishing role of traditional media in aggregating electoral support triggered a need for comprehensive media reform, for the sake of both the government and its media allies. Continuing to generate one-sided news will ultimately push more and more news consumers to new media alternatives. Already the opposition CNRP can point to a total vote that is almost on a par with that of the ruling CPP, at 2.9 million to 3.2 million. This support will only grow without comprehensive reform, including media reform. Any attempt to muzzle criticism will only strip traditional media of their relevance and further the divisions within society. In this sense, media reform is an efficient way for the government to restore credibility.

Moreover, although information posted online is timely, pluralistic and interactive, it is often unreliable, misleading and provocative, while generally favouring the opposition. Should the CPP fail to respond to this threat, it will likely face further losses at the next elections. Yet suppressing Internet freedom is unrealistic, and would prompt outrage from young poeple, academia and the international community. Indeed, rights workers and many Internet users regard the ongoing drafting of a cyber-law as an attempt to suppress their Internet freedom (Khoun, 2012).

A few days before the 2013 elections, the Cambodian government issued a directive that temporarily banned programs from international broadcasters, including Khmer services of Voice of America and Radio Free Asia. Cambodians immediately condemned the move through Facebook and other social media, echoing criticism by the U.S. government and international media outlets, forcing the government to reverse the ban the following day (Soeung, 2013).

Instead of these ham-fisted attempts at restricting social and independent media, a more effective measure would be to strengthen the value of traditional media, which is more supportive of the CPP.

Media reform is also a moral and professional responsibility. While social media have a significant function in contemporary society, it should not be the only source of news for citizens in a democracy. William E. Todd, U.S. Ambassador to Cambodia once said, “They [Cambodian citizens] expect the media to act as their eyes and ears, investigating issues and problems that are important for the people to know about” (Todd, 2013). This vital social bond should be reinforced, as informed citizens are the foundation of any democracy.

Restoring trust is probably the most challenging task for Cambodia’s ruling elites and traditional media, but it is feasible. First, the government and the traditional media should work in parallel to achieve this by providing more timely and accurate information to the public and providing a platform for different and even critical views. However, professional content cannot exist with restrictions on freedom of expression. Verbal, physical and legal threats to independent media lead to self-censorship and should thus be minimized.

Second, meaningful and constructive debates and policy discussion on a wide range of social issues should also be on the agenda. Silence or attempts at concealment serve the interests of neither the ruling party nor the traditional media. Rather, both should learn to recognize their limitations, make demonstrable efforts to address them, and just as important, justify their actions if problems remain unresolved. Holding officials accountable via traditional and non-traditional media is fundamental to building trust and embedding a culture of transparency.

In early December 2014, Prime Minister Hun Sen surprised many long-time Cambodia watchers with an unprecedented speech recognizing many shortcomings under his leadership that have frequently been cited by government critics including trade deficit, weak infrastructure and poor human resources (Kevin & Meas, 2014). While this is commendable, many other lower government officials should also be encouraged to speak out faithfully with minimized repercussion.

Last but not least, information also needs to be made more accessible. Access to information in Cambodia is customarily overcome through personal contact rather than through institutionalized and transparent mechanisms (Raymond, 2009). Information that is in the public interest should be made public for verification, and legislation giving citizens and media the right to access it should be introduced in the name of open government, public debate, and social integrity.

A freedom of information law has been proposed for 10 years, but to date its drafting process is very sluggish despite the government’s repetitive pledges to push for its adoption by this mandate (Hul & Colin, 2013).

There are other signs of change. Some local television stations, newspapers and radio stations have begun to cover land grabbing, opposition demonstrations, and sensitive issues. This should be applauded. However, there is still significant room for improvement in terms of professionalism and balance. Equally important, the ruling party has agreed to offer a television license to the opposition CNRP under the 22 July 2013 deal between the two political parties.

The television station is expected to be operational by 2015, which will be the first opposition television of its kind as the country’s nine existing analogue television stations are all either owned by CPP officials or aligned with the ruling party (Alex & Hul, 2014).

The government has also expressed its commitment to some other comprehensive reforms, covering the media and freedom of expression, and aims to pass the law on freedom of information by this mandate. For now, though, this is still in the realm of rhetoric. Its true commitment to credible reform remains to be seen.

For a thousand years, Cambodia has been characterized by a culture of secrecy, hierarchical rule and patronage among rulers and government. Any reform in this regard cannot take place overnight. It will require patience, political commitment and a collective push for change.

Theara Khoun is a Research Fellow at the Cambodian Institute for Cooperation and Peace (CICP) and a former Foreign Affairs and Political Reporter for the Voice of America (VOA) Khmer Service. He earned his BA in International Studies in the honors program from the Department of International Studies, Royal University of Phnom Penh (RUPP) and in Law from the University of Cambodia (UC) in 2012. Khoun is the recipient of several scholarships and fellowships, international exchanges and trainings, and research grants to attend international conferences.