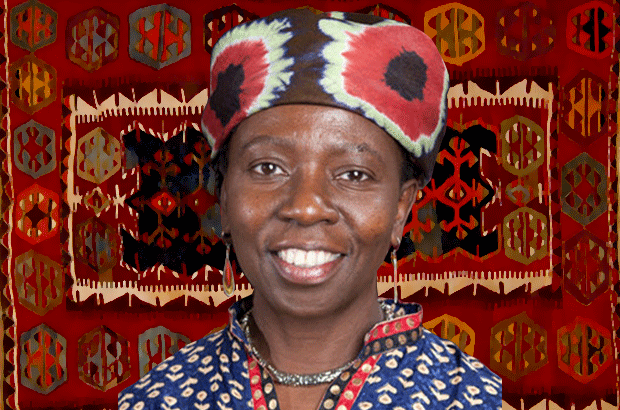 Posted at 08:48h in Communication Rights, News by Staff 0 Comments

The shrinking space for civil society, increasing religious fundamentalism and the rise of far-right populism around the world are major developments that hinder people’s right to communicate, says Dr. Musimbi Kanyoro, one of WACC’s honorary life members in 2018.

People affected by poverty, conflicts and disasters also continue to be excluded and deprived of their communication rights, adds Kanyoro, a Kenyan social and human rights advocate who has served as President and CEO of Global Fund for Women since 2011. (The Global Fund for women is one of the world’s leading non-profit foundations for gender equality.)

Communication should be a “two-way traffic,” Kanyoro says in an email interview. The right to communicate means that “all people need to be heard, their interests and concerns addressed,” she says. When communication is not framed as a basic human right “those in power often take the stage and speak for the powerless,” she adds.

Kanyoro describes the advocacy for communication rights as “a struggle – one step forward and two steps backwards,” but says she is encouraged by the fact that there are people who “claim the spaces through campaigns, rallies, protests, etc.”

In the face of challenges that threaten communication rights, WACC “has to continue its catalytic as well as accompanying role,” to ensure that people “marginalised by poverty, gender discrimination and conflict are not neglected,” says Kanyoro. But she adds, “to play in the current world where communication technology has grown immensely and people have choices other than WACC, there is a need for WACC to rethink its place in the world.” (Founded in 1968, WACC is an international NGO that works with all those denied the right to communicate because of status, identity or gender. It advocates full access to information and communication, and promotes open and diverse media.)

Kanyoro was president of WACC from 2002-2008. She became involved with the organization while working in the ecumenical circles in Geneva. “WACC was the best ecumenical organization with a focus on communication,” she says. “I was also inspired by its global nature.”

Named by Forbes Magazine as one of the “10 Power Women Brands” in 2015, Kanyoro currently serves on the CARE Board, the UN Women Civil Society Advisory Board, Landesa, and the World Bank Group’s Advisory Council on Gender and Development.

She received a bachelor’s degree from Nairobi University, Kenya; a PhD in linguistics from the University of Texas, Austin, and a doctorate in Feminist Theology from San Francisco Theological Seminary.
In 1998, Manyoro became CEO of the World YWCA, the first non-white woman appointed to the position in the organization’s 150-year history.

She has written, published and spoken in various forums, such as the UN General Assembly and TED talks, about matters affecting the lives of women and children.

She was a visiting scholar at Harvard University, and has received several awards, including a leadership award from the Kenyan government.

Photo above: Dr. Musimbi Kanyoro, President and CEO of Global Fund for Women is one of WACC’s Honorary Life Members.