Posted at 14:32h in Media Development by wacc_kn 0 Comments

“The jury is still out on the Chinese dream. It is the favored slogan of the General Secretary of the Chinese Communist Party, Xi Jinping, who took over as paramount leader in early 2013. Even for hardened apparatchiks, it seems a bit vague,” writes BBC correspondent Joe Boyle (2013) in his overview of the 11 slogans that changed China.

However, more so than in “democratic societies”, where dreaming is “free” and extensively discussed, the authoritarian Chinese government and Communist Party seems to have a problem as these slogans do not resonate with the broader public, neither nationally nor internationally. At an international level it is often combined with the concept and strategy of Soft Power.

In all societies, power is based on two main fundaments. The very first is the naked “political power (that) grows out of the barrel of a gun”, a famous quote attributed to Mao Zedong. No social order can persist without the monopoly of military might that is entrusted to the state. One only has to refer to the past or recent events in Iraq or Afghanistan, or to the current situation in Thailand, to find sad examples for such a claim.

The second important factor is the consent of the governed. Both elements are needed to achieve a stable social order. No government can survive based on might alone and this is particularly so in democratic societies, where the consent of the governed has to be explicitly given every few years during more or less democratically organized elections. The discussion on power and its disguises shows us that the majority has to share a common world view claiming that the current social order is the best, the only one possible, or at least, the lesser of evils.

Such a worldview depends to a large extent on information and knowledge, which may or may not contradict the existing predominant world view. A small amount of dissonant information is not a problem as such dissonance can be explained away. A large amount of dissonance, however, may invariably lead to a questioning of the status quo (further elaborated in Servaes, 1981, 1989, 2013). In addition, “Two great power shifts are occurring in this century: a power transition among states and a power diffusion for the world of nation-states and the world of non-state actors” (Nye, 2011: xv).

The former dean of Harvard University’s John F. Kennedy School of Government, Joseph Nye, who introduced the concept of soft power in 1990, has argued that culture, political values and foreign policies have become new dimensions for international relations which are not directly dependent on the hard power of economics and military might. Soft power exercises influence indirectly by creating a certain climate, which may result in changes in influence over diplomatic decisions by the public opinion rather than by political elites only.

For countries with differences in political, economic and cultural systems, the best way to influence public opinion is to increase mutual understanding and respect of differences through positive media messages, and to encourage more cultural, educational and business exchange between countries (Cohen, 2011; Naim, 2013; Semetko, Kolmer & Schatz, 2011).

The initial concept of public diplomacy refers to state-driven activities such as scholarly exchanges, cultural events, and state-supported broadcasting to foreign audiences. Over the past decade, a new public diplomacy perspective has developed which refers to activities that are beyond state actors. It has become a more fluid concept in the context of the new media and Internet environment (Servaes, 2012b). Nevertheless, it remains universally acknowledged that public diplomacy is targeted at influencing directly and indirectly public attitudes and opinions; and its ultimate purpose is to promote the national interest.

China versus US soft power

At present, the public diplomacy tools adopted by both China and the US are varied. However, according to a number of observers (see Brzezinski, 2012; Jacques, 2012; Shambaugh, 2013; Xiong, 2013), China has a number of disadvantages: (1) these public diplomacy tools are trying to win a foreign public’s appreciation, but are not open to discussion because China remains an authoritarian regime; (2) most tools’ policy effects are difficult to control or evaluate; and (3) at least until recently, China could not enjoy the “appeal” that Western nations, especially the US, had in the rest of the world: cultural capital and “national brands” such as Hollywood, Silicon Valley, Broadway, great sporting events, mega-stars and celebrities.

As has been pointed out in some of the articles in a special issue on US-Chinese Mass Communication and Public Diplomacy (Servaes, 2012a), the staging of the Beijing Olympics, the Shanghai Expo, the opening of Confucius Institutes, the emerging interest in learning Mandarin, and the growing popularity of CCTV programs and blockbuster movies may have triggered the start of a change in this regard.

The Chinese Dream between ethics and strategic communication

However, the Chinese Dream and Soft Power aspirations may also be shattered by the reality on the ground. That’s where the interplay of ethics and strategic communication becomes important. While China may be learning fast how to move from propaganda to public relations or strategic communication, it still loses out in the battle of winning the hearts and minds of people (especially in the West, but increasingly also in other parts of the world – including China itself – see i.a. Barme, 2013; Hayden, 2012; Rawnsley, 2014; Schlosberg, 2013) on moral grounds (Wronka, 2008).

Let’s take two recent events, which were reported in the media: China’s anti-corruption campaigns, and the Confucius Institutes.

Corruption is not typical to China; it undermines communities, institutions and countries in many parts of the world. The Corruption Perceptions Index 2012 of Transparency International (2012) ranks countries and territories based on how corrupt their public sector is perceived to be on a scale from 0 (highly corrupt) to 100 (very clean). While no country has a perfect score, two-thirds of countries score below 50, indicating a serious corruption problem. China is one of these, it lists as the 80th with a score of 39.

“The well-publicized trial of Bo Xilai, a former politburo member and populist politician, for corruption and abuse of power does not prove China is serious about fighting corruption. Nor does it show that no one, not even a powerful politician, is above the rule of law. This elaborately choreographed prosecution is simply an exercise in demonstrating where power lies in an authoritarian state”, notes Transparency International (2013).

The regular stream of reports on crackdowns on corruption may make you believe otherwise. For instance, on just one day – 3 July 2014 – the Hong Kong based South China Morning Post published four articles related to corruption in China. However, to further complicate matters, one can also read about the arrests and sentencing of anti-corruption activists for advocating that officials in China publish asset declarations (Denyer, 2013; BBC, 2014). In these cases the rule of law was used to thwart people who were actually proposing a policy that is known to help expose corruption, and, hence, in support of Xi Jinping’s official anti-corruption campaign, one might think. 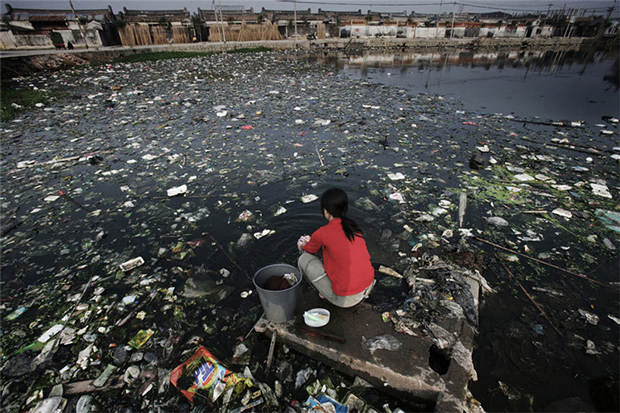 Not so. “Chinese leader Xi Jinping launched an anti-corruption drive when he took over in 2012. But he has also overseen the broadest crackdown on grassroots activism that China has seen in recent years”, concluded the BBC (2014).

One explanation may be that the Communist Party considers the anti-corruption campaign an internal affair. Therefore, “citizens have no right to judge them, they are fighting corruption on their own,” said lawyer Liang Xiaojun, who is representing one of the arrested activists. “But the one-party system has never been good at fighting corruption on its own. The contradictions just get increasingly sharpened” (quoted in Denyer, 2013).

An editorial in the South China Morning Post of 4 July 2014 seems to confirm this assumption: “It seems that graft is seen as so extensive that, for now, the symptoms should be tackled and contained in order to buy more time to tackle the root causes”. No wonder that activists claim that Xi’s anti-corruption talk is merely a smoke screen for the president that allows him to crack down harder on dissent.

They may have a point if one takes recently imposed restrictions on press freedom into account. For instance, on 9 July 2014, it was reported that China’s State Administration of Press, Publication, Radio, Film and Television, banned reporters from sharing unpublished material on the internet or with overseas media: “The regulation would in effect ensure information is reported only after going through the tight censorship process” (Jing & Chen, 2014: A3).

The other case I wish to mention is the recent call by the American Association of University Professors (AAUP) to re-evaluate their relationship with the Confucius Institutes in the name of academic freedom and integrity (Qin, 2014).

Officially, Confucius Institutes started in 2004 as non-profit public institutions affiliated with China’s Ministry of Education to promote Chinese language and culture, support local Chinese teaching internationally, and facilitate cultural exchanges. (Confucius Institute Online, http://www.chinesecio.com/). The program is overseen by Hanban (officially the Office of Chinese Language Council International) and governed by a council whose top-level members are drawn from Communist Party of China leadership and various state ministries. Worldwide there are more than 1,100 Confucius Institutes, based in and affiliated with academic institutions of higher education in 122 countries.

Confucius Institutes like to compare themselves with other cultural promotion organizations such as the British Council, Alliance Française or Goethe-Institut. However, unlike these organizations, Confucius Institutes are managed by the Chinese government and operate directly on university campuses. This has raised concerns over their influence on academic freedom, the possibility of industrial espionage, surveillance of Chinese students abroad, and concerns that the institutes present a selective and politicized view of China as a means of advancing the country’s soft power internationally as political and controversial subjects like human rights and democracy, or Tibet and Tiananmen, are censored from the programs. For instance, under the title “Beijing’s Propaganda Lessons”, The Wall Street Journal of August 8, 2014, reported on the removal, stealing and censoring of academic materials during a recent conference of the European Association for Chinese Studies in Portugal.

Additional concerns have arisen over the institutes’ financial and academic viability, teaching quality, and relations with Chinese partner universities. As a result of such criticisms, administrators at several institutions, such as the University of Melbourne and University of Chicago, have opposed the establishment of a Confucius Institute. For more information, read an often-quoted article published in The Nation by Marshall Sahlins (2014), professor emeritus at the University of Chicago.

Therefore, the American Association of University Professors (AAUP, 2014) has argued that the use of Confucius institutes in schools and universities raises questions about academic freedom and also makes U.S. universities complicit in cases of discriminatory hiring and censorship.

The Economist in a special issue on the Future of China sums it all up:

“Economically and militarily, China has come a long way towards regaining the centrality in Asia it enjoyed through much of history. Intellectually and morally, it has not. In the old days it held a ‘soft power’ so strong, according to William Kirby of Harvard University, that ‘neighbours converted themselves’ to it. Now, Mr Xi may know how to assert himself and how to be feared, at home and abroad. But without the ability to exert a greater power of attraction, too, such strength will always tend to destabilize” (The Economist, 2014).

In other words, there is still some way to go for China before its Dream comes true and its Soft Power will be appreciated and endorsed by people around the world (including China) as ethically sound and strategically commonsensical.

This is an abridged and revised version of the paper presented during the 7th Forum on Public Relations and Advertising, Mahidol University, Bangkok, 13-15 August 2014.

Jan Servaes is UNESCO Chair in Communication for Sustainable Social Change, and Chair Professor and Head of the Department of Media and Communication, City University of Hong Kong. Email: jservaes@cityu.edu.hk