Solidarity with Dorian victims in the Bahamas
21501
post-template-default,single,single-post,postid-21501,single-format-standard,theme-bridge,bridge-core-3.0.1,woocommerce-no-js,qodef-qi--no-touch,qi-addons-for-elementor-1.5.6,qode-page-transition-enabled,ajax_fade,page_not_loaded,,qode-title-hidden,columns-4,qode-child-theme-ver-1.0.0,qode-theme-ver-29.2,qode-theme-bridge,qode_header_in_grid,qode-wpml-enabled,wpb-js-composer js-comp-ver-6.10.0,vc_responsive,elementor-default,elementor-kit-41156 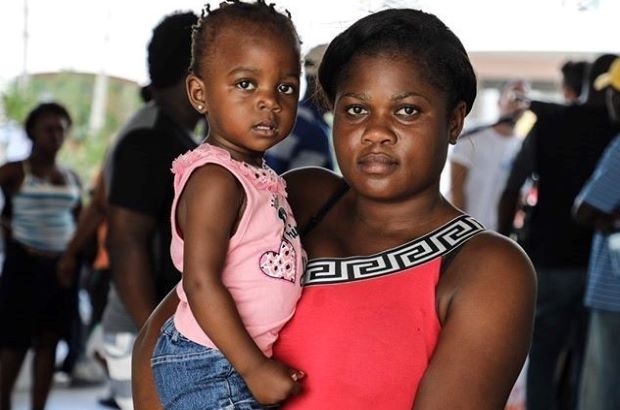 25 Sep 2019 Solidarity with Dorian victims in the Bahamas

Posted at 13:15h in News, Statements and Calls to Action, WACC Caribbean by Staff 0 Comments

The following statement was issued by Ary Regis, President of WACC-Caribe, on September 20, 2019.

This hurricane season in the Caribbean region has begun ferociously as Dorian devastated   parts of the Bahamas with sustained winds of 185 mph (295 km/h; accumulation of over 3.0 ft (0.91 m) of rain, and giant storm tides. Besides its category 5 wind speed, much of the damage was caused by the storm’s 3-day protracted stay over particularly two of the islands of the Bahamas.

The situation was further worsened when two weeks after Dorian, another storm brought additional rains to the islands. The destruction of the physical and communication infrastructures means, among other things, that the true extent of the damage will not be known for months.

As at   the time of   writing, there are 50 confirmed deaths, 70,000 people have lost their homes, thousands are reported missing and estimates of damage to property range from US$3 to US$7 billion. The devastation to the infrastructure makes rescue efforts more difficult. Social tensions have heightened as thousands of people are attempting to flee to parts of the Bahamas that are less damaged or to Florida.

Antagonisms are also evident among those who have chosen to stay in order to try to find shelter, water and food near their devastated homes. In this context, Haitians and Bahamian-Haitians have been the main targets of acts of hatred and exclusion from rescue efforts.

Men, women and children from this minority group were particularly impacted by the hurricane since their homes and neighborhoods had the weakest infrastructure,  and they are now facing the hatred of the other victims.  We are asking all our members and regions to support the relief efforts from their own countries.

Within these efforts we are asking WACC and its members  to help raise awareness of  the need to strengthen our compassion, concern and respect for all the people of the Caribbean, and particularly for Haitians and Haitian-Bahamians who have become the targets of racism and xenophobia.

Please take the time to speak out in your country—to your neighbors, in church, your workplace, community organization, social media and traditional media—on the need for material support and solidarity for all Bahamians.

The WACC Caribe REC also believes that the hurricane that devastated the Bahamas and the subsequent xenophobia that has shamelessly been exhibited by many sectors of that country, is added evidence of the many links between global warming and mass migrations.

We are, therefore, respectfully requesting WACC Global to urgently redouble its efforts in addressing the many links between those two trends. Concretely, this approach would mean making the connection between the two trends explicit in our workplans, in our projects and in our text and multimedia publications.

Photo above:  Shirley Benemé and her one-year-old daughter Guyana,in a temporary shelter in the Bahamas. They were among those whose homes were destroyed by Hurricane Dorian. By  UNICEF Instagram/© UNICEF/UN0342028/Moreno Gonzalez