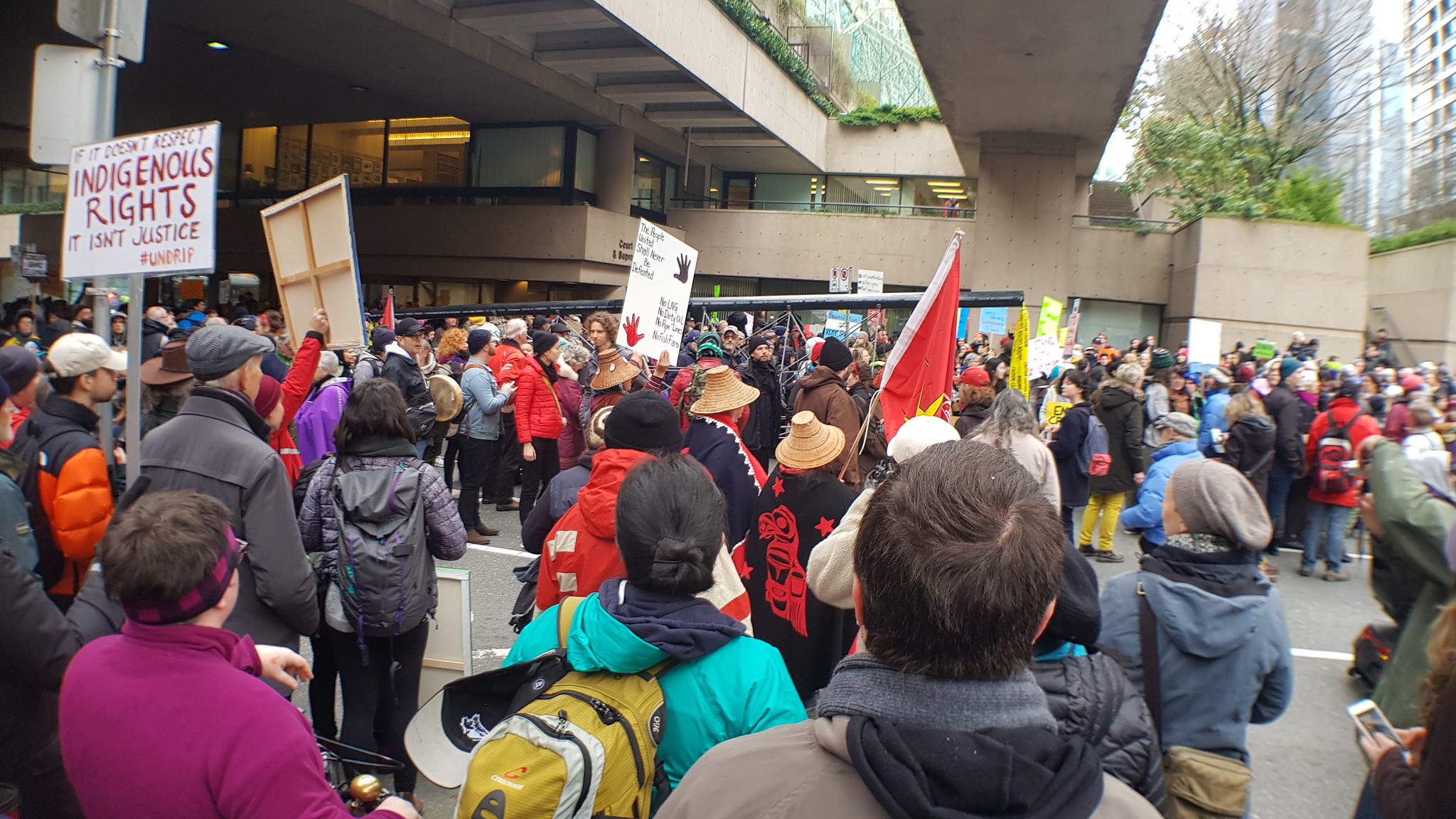 An analysis of news coverage of the Wet’suwet’en and Coastal GasLink Pipeline conflict by nine Canadian media outlets shows that they have not only reported the issue differently, but that only two of them practiced a “more neutral and objective” reporting, says a recent media monitoring study conducted by three University of Toronto students, in collaboration with WACC Global.

“How Indigenous people in Canada are represented in the media is vital to public perception of issues that affect their lives,” commented Philip Lee, WACC General Secretary. “The relevance of WACC’s expertise in media monitoring is crucial to understanding the role of writers, editors, and program makers.”

The research, Indigenous Representation in Canadian Media_ A Critical Analysis of the Wet’suwet’en and Coastal GasLink Pipeline Conflict was carried out by U of T students Madhurie Dhanrajh, Annie Ding, Alexander Lawson, and Lily Yu. It analyzed 1,683 stories published online by selected news media outlets between January 1, 2020 and December 31, 2021. Stories analyzed focused on the conflict over a multi-billion-dollar natural gas pipeline in northeast British Columbia, which includes parts of unceded Wet’suwet’en territory.

The research analyzed the stories “to understand how Indigenous people are portrayed, what themes might be problematic or beneficial, and how news agencies can improve their reporting on Indigenous issues to ensure it is unbiased, fair, and just.” The study was inspired by WACC’s Global Media Monitoring Project, which looks at the portrayal and representation of gender in the news.

The study notes that other news sites monitored — CBC, National Post, Calgary Herald, Edmonton Sun, Vancouver Sun, Province, and Windspeaker – “had relatively similar rates of extremely unbalanced articles but possessed varying amounts of slightly unbalanced articles.” This was largely because “many of their articles only covered one side of the story in depth and the other side with little information.”

One of the study’s “most important findings” emerged from its analysis of the use of “hereditary chiefs” and “elected chiefs”, which “increased substantially as our time frame progressed,” say the researchers. “This demonstrated the gradual realization of newscompanies of the internal conflicts within the Wet’suwet’en communities about the Coastal GasLink pipeline and their shift from generalizing the Wet’suwet’en community as a   whole torecognizing distinct entities within the community.”

News media initially assumed a uniformity of views among Indigenous peoples, says the study, noting that the “pro-pipeline group always had Indigenous support, as did the protest groups.” As the conflict became more public and widespread, the media eventually caught on to the fact that the Wet’suwet’en community was, in fact, deeply divided on the issue, the study notes.

An important finding noted in the study was that “There is a tendency by non-Indigenous people to assume that the Indigenous community is one and the same, that all peoples sharethe same way of life, beliefs, and stances. The same is often done to other non-Western groups, such as Africans, who are grouped together even though the continent contains hundreds of different cultures.”

It adds, “These communities are unfairly homogenized and stereotyped when, they aregroups and sub-groups who often disagree, fight, and conflict just as much as they live in tandem and harmony.”

Quantitative and discursive data also showed that Canadian regional newspapers, particularly those in Alberta, “were generally pro-pipeline and opposed to conflicts” from the beginning, and their justification for this stance was initially economic. “However, after the distinction between elected and hereditary chiefs became publicized, these newspapers switched to a political justification for their anti-protest stances, often over-mobilizing the role of elected chiefs, who shared their pro-pipeline stance, in order to discredit the hereditary chiefs,” says the study.

“These findings demonstrate the power of the media to shape public opinion, the role that sources and terminology choices play in this representation, and the tendency of the media to employ such techniques to consistently present the news according to a certain narrative,” it concludes.

Data also showed that newspapers from British Columbia, namely The Province and the Vancouver Sun, “did not have any negative stance towards Indigenous people, while the Albertan newspapers did,” it adds. “This is of note, considering that British Columbia was the physical location of the conflict, including many of the protests, and the starting point for the pipeline project…. Although British Columbia was also severely affected by the conflict, perhaps the greater economic impact experienced by Alberta, as well as the latter province’s lack of direct interaction with Indigenous peoples, contributed to the negative stance towards them.”

The two Indigenous news websites, windspeaker.com and aptnnews.ca, “consistently displayed a pro to neutral Indigenous stance,” the study adds. It notes that 80% of Windspeaker articles had a highly pro-Indigenous stance, indicating a bias in favour of Indigenous people, while APTN remained slightly more neutral.

The four regional newspapers of the Province, the Vancouver Sun, the Edmonton Sun, and the Calgary Herald, all demonstrated negative stances towards the pipeline protests, “likely because of the damaging impact that the protests had on the economy, which was often the focus of many of these articles,” adds the study. “In contrast, the Indigenous [news sites] Windspeaker and APTN consistently demonstrated a pro to neutral Protest Stance, as they tended to view protests as an expression of Indigenous peoples’ freedom of speech, as well as a form of resistance against Coastal GasLink s violation of their sovereignty.”

The study includes recommendations for journalists and news companies, activists and land defenders, and consumers concerning the representation of Indigenous people in Canadian media.

The 2/2022 issue of WACC’s international journal Media Development – to be published May 15 – will focus on “Celebrating Canada’s Indigenous Media”.

Above: A rally in Vancouver expresses solidarity with Wet’suwet’en peoples opposed to the Coastal GasLink pipeline, January 2019. Photo by: Jen Castro /Flickr