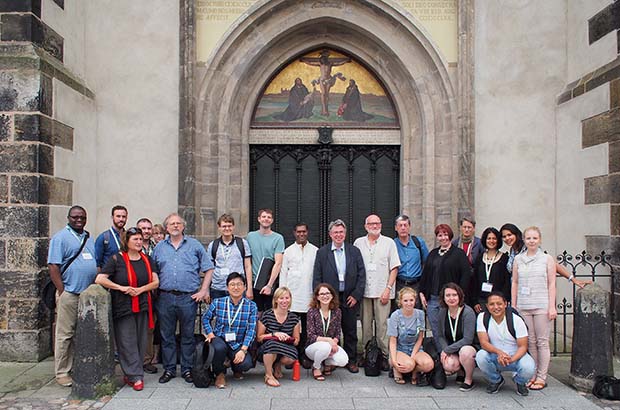 “Communication rights in the digitised global society” was the theme of a Summer School marking the 500th anniversary of the Protestant Reformation held 31 July to 5 August 2017 in Wittenberg, Germany.

“As an international student whose research intersects with religion, gender and communications, this summer school helped me think and rethink about religion in the public sphere,” said Omar Archer from the Bahamas.

A well crafted programme saw presentations and discussions on communication rights, gender representations in the media landscape, the Reformation as media revolution, media and religion from the perspective of Eastern Christianity, resurgent Protestantism in North America, media and refugees in Europe, religious tolerance and freedom of expression, and the public and private in the digital world.

Karri Whipple (USA) noted, “With the urgent need to advocate for communication rights, the Summer School provided an international space to exchange ideas, explore rights from a variety of contexts, and gain insights for creating societies that are more just.”

Two segments from the film Words With Gods (2014) were screened – those directed by Warwick Thornton on Aboriginal Spirituality and Bahman Ghobadi on Islam. Words with Gods was shown at the Venice Film Festival 2015, where the Ecumenical Jury commended it for revealing “the complex diversity of religious beliefs in different cultures and social environments”.

Students and staff took the opportunity to visit numerous exhibitions taking place in Wittenberg on almost every aspect of Martin Luther’s life and work as well as other locations linked to the Reformation.

Summing up the week, Nina Kurtz, studying at the University of Edinburgh, said, “The programme itself was diverse, both in terms of content and lecturers. I have a lot to process and reflect on, but I feel that my research will be richer for the experience.”

The Wittenberg Summer School was the fourth on the general theme of “Communication and Religion” jointly organised by the partnership between WACC and FAU. Previous events took place in Switzerland (2012), Canada (2014), and Jamaica (2016).