Support for local media
Many struggling media outlets have in turn been susceptible to “media capture” – taken over by powerful corporate and political interests that then control the information and tone of the news.
local media, media capture, The Guardian, Katherine Viner, journalism
21693
post-template-default,single,single-post,postid-21693,single-format-standard,theme-bridge,bridge-core-3.0.1,woocommerce-no-js,qodef-qi--no-touch,qi-addons-for-elementor-1.5.6,qode-page-transition-enabled,ajax_fade,page_not_loaded,,qode-title-hidden,columns-4,qode-child-theme-ver-1.0.0,qode-theme-ver-29.2,qode-theme-bridge,qode_header_in_grid,qode-wpml-enabled,wpb-js-composer js-comp-ver-6.10.0,vc_responsive,elementor-default,elementor-kit-41156 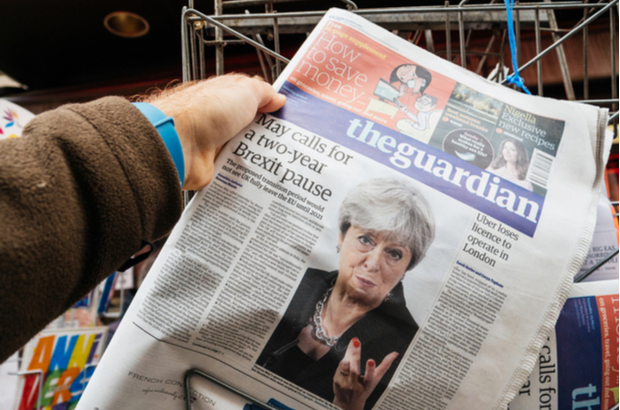 Subscribers to The Guardian in the UK recently received a message of appreciation from the Editor-in-Chief, Katherine Viner. She announced that after a three-year “turnaround” strategy the newspaper had hit its goal of breaking even – making a small profit that has been ploughed back into supporting their journalism.

That one of the world’s most respected media outlets is struggling to pay for its journalism, is telling. It is not supported by a billionaire owner, but forms part of a British media company, The Scott Trust, “whose core purpose is to ensure the financial and editorial independence of the Guardian in perpetuity”.

But certainly, the financial challenge is not won. As Viner states:

“Three years ago we faced a very different situation, when a broken business model for news was threatening to destroy media organisations around the world: print advertising was collapsing, newspaper sales were declining, and the promise of digital advertising growth was going almost entirely to Google and Facebook. These threats still exist, and while we’ve found a way to counter them, the situation remains fragile.”

When digital media came on the scene, some thought it would “solve” the problem of media monopolies, would ensure diversity of information, and even a diversity of funding for each media outlet. The potential is still there, but the reality is that the lower cost of setting up digital communications led to more media outlets which meant advertising prices fell. Many media outlets became desperate to attract readership.

Compounding the pressures, as Viner mentions, the revenue traditional media gained particularly from advertising has been massively diverted to a few tech companies.

For the first nine months of 2018, Google businesses (including, for example, Chrome, Android OS, YouTube, Google Maps) generated USD 97.1 billion in revenue. Advertising revenue made up 85% of that. For Facebook (which also owns Whatsapp and Instagram), of the USD 40.65 billion in revenue in 2017, advertisements contributed 98%.

Many struggling media outlets have in turn been susceptible to “media capture” – taken over by powerful corporate and political interests that then control the information and tone of the news.

Many are involved directly in community media, which in this context are even more essential. But we also need to be savvy media consumers and be willing to support, in whatever way we can, media organisations that stand for high quality, independent journalism.