The good society and building a culture of hope
20721
post-template-default,single,single-post,postid-20721,single-format-standard,theme-bridge,bridge-core-3.0.1,woocommerce-no-js,qodef-qi--no-touch,qi-addons-for-elementor-1.5.6,qode-page-transition-enabled,ajax_fade,page_not_loaded,,qode-title-hidden,columns-4,qode-child-theme-ver-1.0.0,qode-theme-ver-29.2,qode-theme-bridge,qode_header_in_grid,qode-wpml-enabled,wpb-js-composer js-comp-ver-6.10.0,vc_responsive,elementor-default,elementor-kit-41156 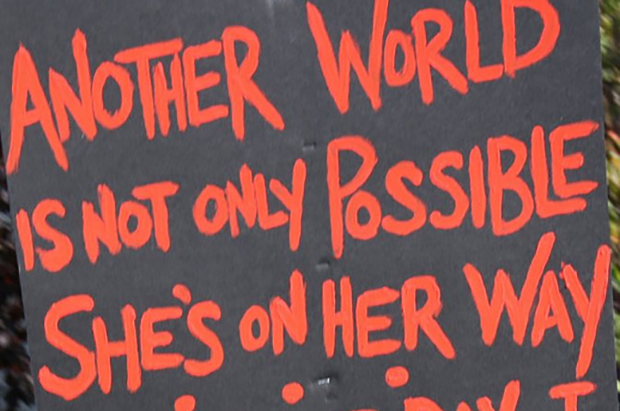 Worldwide, people are living in a culture of fear. They see the horror of brutality through conventional media or in virtual communication every day that create a mindset of fear. But, people should not bear this legacy further when all of us envision a good and peaceful society for ourselves as well as for the next generation. How communication will play a role in eradicating fear from mind, life and society is the key point of this article.

The quality of human life is seriously at stake in the early 21st century due to the fearful mindset of people all over the world. Every moment human beings are exposing various types of fear related to natural calamities, terrorism, epidemics, food toxins, global climate change, nuclear disaster, third party interference in virtual communication platforms, a crisis of trust, and ubiquitous surveillance by law-enforcement agencies. We perceive the world as a dangerous place to live and survive.

The present world is characterized by the spread of risks and worldwide we can observe a growing “culture of fear” (Hamelink, 2012: 222). This fear is the key drawback to a culture of hope and, of course, dreams of living in a good society. This is not, perhaps, anything new. But the nature of fear has changed over the centuries. The invention of new technologies of information and communication has brought new tensions and new fears, while offering some measure of hope for change.

Some critics believe that fear is an outcome of neoliberalism in this century. With the rise of neoliberalism, Khan (2015) asserts that a corporate-dominated, state-assisted, deregulated growth strategy has yielded significant economic gains for many but has also entailed inexorable social, moral and environmental adversities. In this article, I suggest how communication will help eradicate or uproot the fear of mind, life and society and what strategies will bring a culture of hope to achieve the ultimate goal of well being.

Fear is inherent to the human condition. Ontologically, humans live in the permanent buffer zone of tension between being and non-being, between life and death, between love and abandonment, between success and failure, between being and having. In this fearful world, we are all aware of uncertainties and of threats that are not necessarily connected with objective events. More or less we all are conscious of gaps between expectation and reality.

Despite this consciousness, a section of people, who are in general considered power-rich, do not take the threat of our survival seriously. Dutta (2011: 3) accuses mainstream communicative processes of “maintaining the interests of power elites, and continuing to reinforce the increasing class difference within the neoliberal framework.” This existential basic layer finds expression in emotions connected to concrete experiences like illness, unemployment, divorce or bankruptcy – stigma, anger, humiliation, shame, and grief.

Much of human fear is in fact related to the perceived dangers of future conditions –survival with human dignity. Such perceptions are socially mediated. In social mediation processes, media (entertainment and news media, and both conventional and new media) have become central institutions. The political use of media and communication spaces by power-elites offers day after day a discourse of fear.

In the age of neoliberalism, it has been found that fear is an outcome of the systematic exploitation and humiliation of the less powerful by the more powerful. And humiliation is the key cause of human suffering. The psychological pain caused by humiliation can have consequences that reach far beyond the experience of physical pain, denying the value and significance of victims.

Hamelink (2012: 226) trusts that through persuasive forms of public communication the powerful “manage to make majorities believe that their world order will benefit all.” This understanding, in other words, is a process of avoiding the key causes – access, control and command over the consumption of the world’s natural and material resources being in the clutches of few power-rich people.

Many scholars (e.g. Khan, 2015; Piketty 2014; Thorsen and Lie, 2014) opine that there is a correlation between neoliberalism, acts of noticeable consumption especially by the rich and the privileged, and the rise in the incidence of crime and injustice worldwide. Khan argues that the act of consumption and the display of opulence drive home the reality of social and economic inequality within a community, which contributes to crime, corruption, drug abuse, social exclusion and erosion of virtues of empathy, leading to tensions and fracturing of societies

To avoid the risk, we need to create a good society in which peace and harmony will be the prime movers behind all human activities. This society would be a fearless society where any systematic exploitation of power-poor by power-rich will not exist.

Good societies are those that “nurture and thrive on values of equity, empathy, social justice and environmental sustainability” (Khan, 2015). The formation of a good society embeds qualities of equity in its fabric, as well as justice and environmental sustainability, as both end goals and guiding principles. It has seemed that the world’s religious and ethical systems are powerful motivations to limit human suffering and to establish good societies.

The urge to avoid giving harm to others and to diminish people’s suffering is a key concern in all religions: Confucianism, Buddhism, Taoism, Jainism, Hinduism, Judaism, Christianity and Islam. As such, the expectation of a good and harmonious society is not a utopian desire, it is integral to human life.

The guiding principles of a good society in all religions advocate common betterment and  equity, not only for those with power. This society must not rely on the power at the ruler’s disposal, rather it must rest on laws that have been made in such a way that the ruled have agreed to them and have had a part in their making. The laws must be just and must apply equally to all. This is similar to the Aristotelian’s view of a “happy society” that must devise rules, regulations and governance arrangements that are participatory, inclusive and accountable, which balance economic growth with social, moral and environmental norms.

The second important issue is that our planners must not allow economics and overconsumption to take primacy over people and society. This strategy ranks Bhutan, the world’s poorest nation as the happiest society in the “gross national happiness” (GNH) index. Bhutan has replaced gross domestic product (GDP) as its measure of progress with the concept of GNH, depending on four basic pillars: (i) fair socio-economic development (better education and health), (ii) conservation and promotion of a vibrant culture, (iii) environmental protection and (iv) good governance. With these pillars, Bhutan draws the world’s attention to creating a good society.

Following this line, the international community, particularly the UN, has started to make efforts to put “happiness” ahead of economic growth. For example, the UN General Assembly has argued that “happiness is a fundamental human goal and universal aspiration; that GDP by its nature does not reflect that goal; that unsustainable patterns of production and consumption impede sustainable development; and also that a more inclusive, equitable and balanced approach is needed to promote sustainability, eradicate poverty, and enhance wellbeing and happiness” (UN, A/RES/65/309 -2012).

Culture of hope: Survival of humanity

The notion of a culture of hope is the sharing of action alternatives that concretely demonstrate how people are capable of deeds of solidarity, compassion, acceptance of differences and mutual respect. Hamelink (2012: 219) argues “communication should be mobilized to rescue the planet’s future” and this can be achieved through global networks of those urban movements that increasingly move beyond their local political environments.

Like many others, Hamelink perhaps senses that this century might soon become a globalised metropolitan society. But the reality is that the city would be more discriminatory than now. For instance, the rise of Mumbai, the Indian megacity, like many cities creates indiscriminate difference between poor and rich in every sphere of life. Being deprived of rights and opportunities and the insecurity of people’s lives have threatened not only the poor but also the rich.

Poor people are always in fear of their survival as human beings and the rich are in fear of crime – extortion, ransom, kidnapping, mugging and killings and so on. But this is not an expected lifestyle for human beings when they dream of a good society. Arguably, requires the development of new forms of discursive power that can shift from a culture of fear to a culture of hope.

Needless to say that we, the people on this planet, have wasted our time in pondering what society can do for the economy. But the time has come for us to turn this theory on its head and put society ahead of the economy, and ask ourselves what the economy can do for society, and more precisely what we should do, both nationally and internationally, to achieve the parameters of a good society which are economically uplifting and yet socially just, morally nourishing and environmentally conserving.

Khan (2015) asks for a change at the conceptual level of understanding in peoples’ mindsets and establishes the end goal of humankind. For him, “Given the colossal harm that the neoliberal economic system has caused to societies, we must turn our vision on its head and focus on society and not growth and/or ‘development’.”

He also argues, “we must reform the global economic system that has promoted and entangled societies in the throes of neoliberalism and its growth trap that has inflicted such predatory social, moral, behavioural and environmental consequences.” Khan’s notion can contribute towards turning fear into hope step by step. New media can lead the transition by projecting alternative voices among the world’s youth.

Finally, it can be argued that fear is the central concern. Throughout history, communication has been an essential adaptive response to the challenge of human survival. Communication scholars thus need to identify strategies aimed at bringing our world back into harmony with itself.