Training for Widows and Denary Workers on HIV and AIDS Prevention
20397
post-template-default,single,single-post,postid-20397,single-format-standard,theme-bridge,bridge-core-3.0.1,woocommerce-no-js,qodef-qi--no-touch,qi-addons-for-elementor-1.5.3,qode-page-transition-enabled,ajax_fade,page_not_loaded,,qode-title-hidden,columns-4,qode-child-theme-ver-1.0.0,qode-theme-ver-28.6,qode-theme-bridge,qode_header_in_grid,qode-wpml-enabled,wpb-js-composer js-comp-ver-6.9.0,vc_responsive,elementor-default,elementor-kit-41156

Posted at 12:24h in One Year Projects by wacc_kn 0 Comments 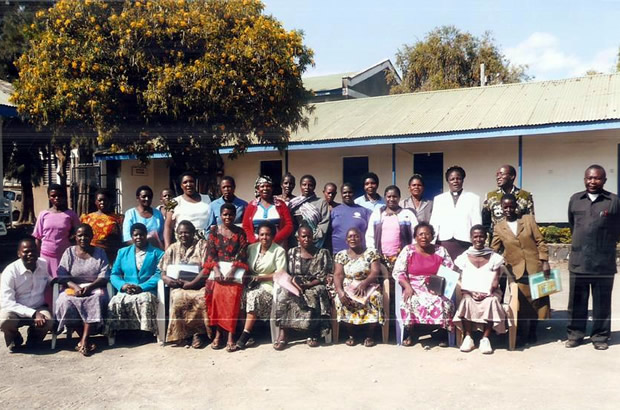 The project was implemented in a rural area of Tanzania’s South West province. Rural populations are underserved with regard to accurate information about HIV and AIDS, which in turn aggravates stigma and discrimination against people living with HIV and AIDS (PLs). The project sought to train women to combat stigma and discriminatory practices and to care for neglected, infected and affected persons. The targets set were surpassed: 93 instead of 80 women gained correct knowledge about HIV and AIDS transmission and management. They filtered the knowledge to the community through communication on the consequences of HIV-related stigma and discrimination. Approximately 70 radio listeners called into the radio programme to connect with experts discussing HIV and AIDS. 100% of the training beneficiaries are women. The most significant change was the opening up of space for the infected and affected to speak openly about HIV, influencing a return to participation in everyday living, to work, etc. Project staff were surprised by the large number of PLs calling into the radio to speak about their lives and to encourage listeners to take the test. “Participatory approach using more pictures and few writings are the effective ways of delivering messages to different age groups” was an important lesson learnt. The Moravian Church runs projects to bridge gaps in state-run social-economic development programmes in the South West Province. 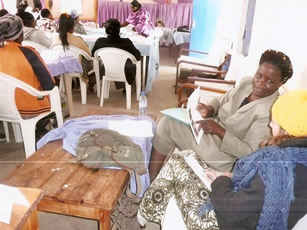 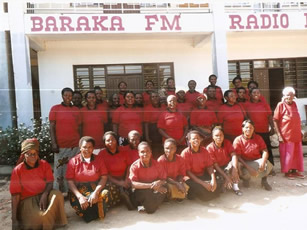