Violence against women in media and digital content
21215
post-template-default,single,single-post,postid-21215,single-format-standard,theme-bridge,bridge-core-3.0.1,woocommerce-no-js,qodef-qi--no-touch,qi-addons-for-elementor-1.5.6,qode-page-transition-enabled,ajax_fade,page_not_loaded,,qode-title-hidden,columns-4,qode-child-theme-ver-1.0.0,qode-theme-ver-29.2,qode-theme-bridge,qode_header_in_grid,qode-wpml-enabled,wpb-js-composer js-comp-ver-6.10.0,vc_responsive,elementor-default,elementor-kit-41156

23 Feb 2018 Violence against women in media and digital content 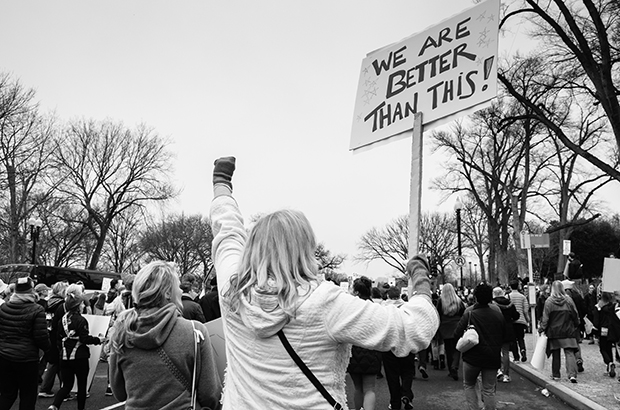 Defined by the Convention on the Elimination of All Forms of Discrimination Against Women (CEDAW), adopted in 1979 by the UN General Assembly, as “any distinction, exclusion or restriction made on the basis of sex which has the effect or purpose of impairing or nullifying the recognition, enjoyment or exercise by women, irrespective of their marital status, on a basis of equality of men and women, of human rights and fundamental freedoms in the political, economic, social, cultural, civil or any other field”, violence against women (VAW) constitutes the main obstacle for women’s human rights.

Based on the theoretical framework of feminism, nowadays legal definitions on VAW have adopted a holistic perspective which recognizes both types – physical, sexual, psychological, economic and femicide – and modalities – institutional, community, work, school – of violence against women and girls.

Most recently, the Sustainable Development Goal 5 Target 5.2 calls to eliminate all forms of violence against all women and girls in the public and private spheres, including trafficking and sexual and other types of exploitation.

The CEDAW recognizes the centrality of media to the elimination of VAW. Actions promoted by the Commission include member States to adopt mechanisms to eliminate sexist stereotypes in media and advertising, to encourage media to establish codes of production and to stimulate a public debate on this issue.

The Beijing Platform for Action (BPfA), called in 1995 explicitly on governments to “take effective measures, including appropriate legislation against pornography and the project of violence against women and children in the media” (UN, 1995, p.102). The BPfA recommended media industries to establish guidelines to address violent, degrading or pornographic materials concerning women, including advertising and to disseminate information aimed at eliminating all forms of violence against women.

However, instead of decreasing, sexism and misogyny in media have increased dramatically during recent decades. The original issues around the responsibility of media to end violence against women are still at the core of international debates. In addition, the new media environment has exacerbated some existing problems and raises new challenges that need to be addressed –such as sex trafficking and pornography.

Evidence
Reviewing feminist research during the last 50 years, the prevalence of violence against women in media contents becomes evident. The complexity of theoretical and methodological frameworks has increased to the extent that types and modalities of representing VAW have changed.

First studies focused on the representation of sexual violence to demonstrate how through the commodification of women’s bodies, media content contributed to the normalisation of sexual assault and other forms of sexual violence, and how they reinforced gender inequalities. These studies were identified by their interdisciplinary nature. Influenced by psychoanalysis, Laura’s Mulvey male gaze and sexual objectification categories evidenced the patriarchal order existing in film industry and how these discriminated women in society. Guided by the questions How do media portray women? and How do these portrayals limit women lives?, sociologist Gaye Tuchman called attention to the symbolic annihilation of women in media discourse, through omission, trivialisation and condemnation.

The next phase was linked to social intervention. Content analysis served to produce quantitative statistical data about gender portrayals. These data supported campaigns against stereotyped representations in both media content and advertising which evidenced the presence of different forms and modalities of VAM in content – i.e. domestic violence.

Findings have demonstrated how media content reproduces sexist stereotypes that associate male identity to violence, domination, independence, aggression and power, while women are linked to emotions, vulnerability, dependency and sensitivity (Elasmar, Hasegawa and Brain, 1999; McGhee and Frueh, 1980; Thompson and Zerbinos, 1995).

In particular, news reports of violence against women tend to represent women as victims and as responsible for the violence of which they are victims. Usually, aggressors are not part of news reports. VAW is not shown as a structural problem which is the consequence of inequality between women and men in society, but as a mere individual experience which uses to happen in domestic spaces (Diez, 2002; Vega Montiel, 2007).

With the development of ICT, cyber-VAWG is emerging as a global problem. Almost three quarters of women have been exposed to some form of violence online. Types of cyber-violence include: hacking, surveillance, harassment, death threat, recruitment and malicious distribution (Broadband Commission for Digital Development, 2015).

Violence online and offline “feed into each other. Abuse may be confined to networked technologies or may be supplemented by offline harassment including vandalism, phone calls and physical assault. Similarly, the viral character of distribution is now explosive. What was once a private affair can now be instantly broadcast to billions of people across the digital world” (Broadband Commission for Digital Development, 2015: 7).

In countries such as Mexico, cyberviolence has been at the core of public debates in recent years. In 2016, at least ten young women denounced through social networks that they had been harassed by men in public spaces. These women publicised the aggressors and, in response, they became victims of both sexual violence and death threats from Facebook and Twitter users. A very powerful response came from young women in the country. Through the hashtagh #MyFirstHarassment (#MiPrimerAcoso, in Spanish), 100,000 women told of their experiences as victims of sexual violence.

A similar movement emerged in October 2017, in USA. The hashtag #MeToo was used to denounce the Hollywood producer Harvey Weinstein as a sexual aggressor. The hashtag was promptly popularized worldwide for millions of women to publicize personal experiences of sexual harassment or assault.

Online and social media have become new and powerful vehicles for misogynistic threats and harassment which can result in the silencing of women. While fewer women than men access the Internet today – there are currently 200 million fewer women online than men – new sexist media and new sexist discourses can exacerbate violence against women and girls.

Another dimension of the sexist nature of online discourse is the widespread circulation of pornography. Some statistics suggest that there are more than 4 million websites that offer pornography – 12% of the total number of websites in the world – 100,000 of which offer child pornography. The online pornography industry has a turnover of 97.06 billion dollars per year, more than Microsoft, Google, Yahoo, Amazon, Netflix and Apple combined (Feminist Peace Network, 2006).

What can we conclude about violence against women offline and online? That the initial feminist research questions – originating in the 1960s – are still at the core of theory and research on media content. “This still revolves around the most basic questions of power, values, access and exclusion” (Gallager, 2002: 5).

In addition, the new media environment has exacerbated some existing problems and puts new challenges that need to be addressed:

“Media sexism and male-dominated power structures are continually shifting and finding new forms of representation and practice… [then] our critique can be never be static or one-dimensional, but we must act collectively… Across disciplines and sectors and across countries and regions” (Gallagher, 2015).

Recommendations
In view of the evidence, we further call on the UN and the international community to bring into global focus the responsibility of media and ICT industries in eliminating violence against women and girls. This is crucial to promoting discussion and to enhancing public visibility and awareness.

Vega Montiel, A. (2014) “Violence against women and media: advancements and challenges of a research and political agenda”, in Vega Montiel, A. Gender and Media: A Scholarly Agenda for the Global Alliance on Media and Gender. Paris: UNESCO / IAMCR. pp. 17-21.

Aimée Vega Montiel. Researcher and Chair of the Feminist Research Program of the National Autonomous University of México – Center for Interdisciplinary Research in Sciences and Humanities. Interim Chair of the GAMAG. Vice-President of the IAMCR and Chair of its Task Force for Gamag. Co-Chair of the UNESCO Unitwin University Network on Gender Media and ICT.