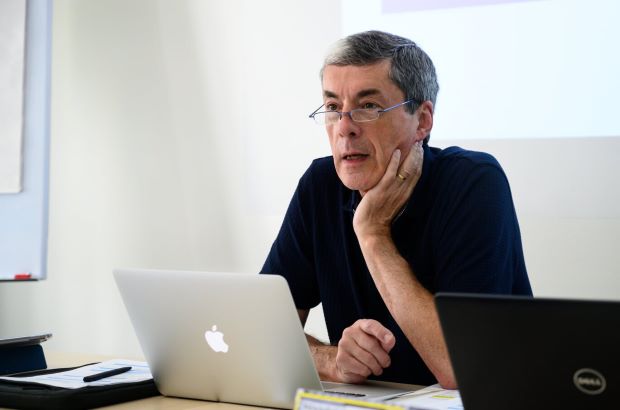 In a world beset by problems, including a climate emergency, political conflicts, and shrinking democratic space, WACC’s challenge is to “exercise moral leadership by discovering new directions for the values (it) embraces,” says General Secretary Philip Lee.

WACC ought to also explore what its former president Albert van den Heuvel referred to as “forging understandings across the many divides of tradition, beliefs, memory, history and culture,” Lee says in his report to WACC’s Board of Directors currently meeting in London.

“The human race shares a collective destiny,” says Lee. “In some ways, the need for greater tolerance, respect, and understanding has never been greater, and that’s where WACC has a key role to play.”

In his report, Lee also outlined the activities WACC has been engaged in, its plans for the near future, as well as financial challenges facing WACC as an organization.

A key consideration facing the Board relates to the continuity of the Global Media Monitoring Project (GMMP), WACC’s flagship project since 1995.

“It almost goes without saying that WACC will continue its magnificent and essential work on the representation of women in the world’s news media,” says Lee. “Yet, funding that enterprise is by no means assured, and one of the questions facing this Board is what to do if, after nearly 25 years, the multiple demands of other social justice initiatives dictate a pause.”

WACC partners have also been applying WACC’s media monitoring methodology to research the representation of refugees and migrants in the news, says Lee. “At the global level, we are beginning to consolidate this regional evidence in order to advocate for more balanced and accurate portrayals of migrants and refugees and to encourage appropriate policy and community responses based on facts and real needs rather than stereotypes and misinformation.”

In response to a challenge made at WACC’s 50th anniversary by Dr. Ellen Ueberschär, President of the Heinrich-Boll Foundation, to apply communication rights to the digital world, “WACC and its partners will be exploring the balance between communication rights and communication responsibilities in the digital sphere,” says Lee. They will also develop tools and knowledge for community organizations and networks “to use digital media effectively and strategically, particularly in the face of disinformation and hate speech.”

WACC is in conversation with partners about plans for a symposium  around the theme, possibly by September 2020, he adds.

In the  face of shrinking civic space across regions, WACC is focusing its attention on “strengthening alternative voices and enabling people and communities to be heard where it matters most,” says Lee.

In response to the climate emergency, says Lee, WACC is working on “Traditional Knowledge and Climate Change: Towards Resilience and Survival,” a proposal to gather and create a repository of traditional knowledge to help local communities better prepare for the long-term impacts of climate change.

“It would also be a resource that could be shared with other communities facing similar dilemmas in a form of knowledge exchange that can only improve and strengthen resilience,” he adds.

Overall in all its efforts, WACC’s mission, Lee states, “has been to disturb the conscience of the world by being critical, provoking dialogue and creating greater understanding. But beyond disturbing the world’s conscience lies action: speaking out, advocating change, and enabling others to act for themselves.”

Photo above: WACC General Secretary Philip Lee delivers his report at the Board of Directors Meeting in London. By Gregg Brekke