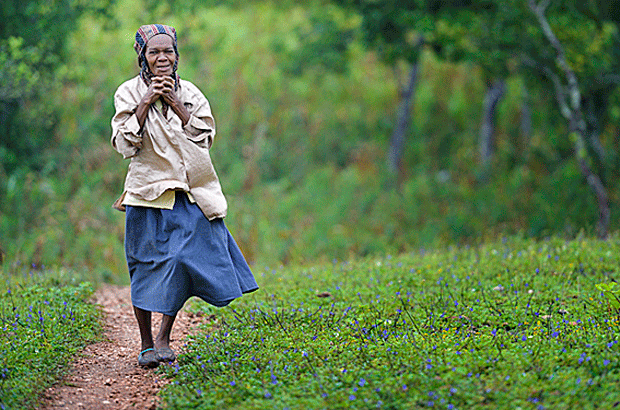 A woman walking in the rural Haitian village of Mizak. Photo: Paul Jeffrey

Rural women in Haiti will benefit from a project to make community radio programs aimed at bringing their concerns to the attention of local decision and policy makers.

REFRAKA is a non-governmental organisation run by women for women. It has a vision of equality between women and men both in communication and in society.

The economic situation in Haiti is grave and threatens to stall the innovative work REFRAKA is doing, particularly among rural women. Via the GlobalGiving platform, WACC is launching a project to come to its aid.

Embert Charles, President of WACC’s Caribbean Region, believes that what REFRAKA is doing is vital. “This is an organization dedicated to empowering and promoting the welfare of a marginalized group in Haitian society. I hope many WACC members and partners will respond to this appeal immediately and generously,” he said.

In Haiti, women are at the forefront of the struggle to create a peaceful and just society. Yet their voices are often not heard in important decision-making processes. This situation is worse in rural areas where women are doubly excluded by being both women and poor peasants.

REFRAKA will train rural women to be closely involved in broadcasting programmes about the difficulties they face, especially those of poverty, lack of resources, and endemic violence.

Visit the project at GlobalGiving here.