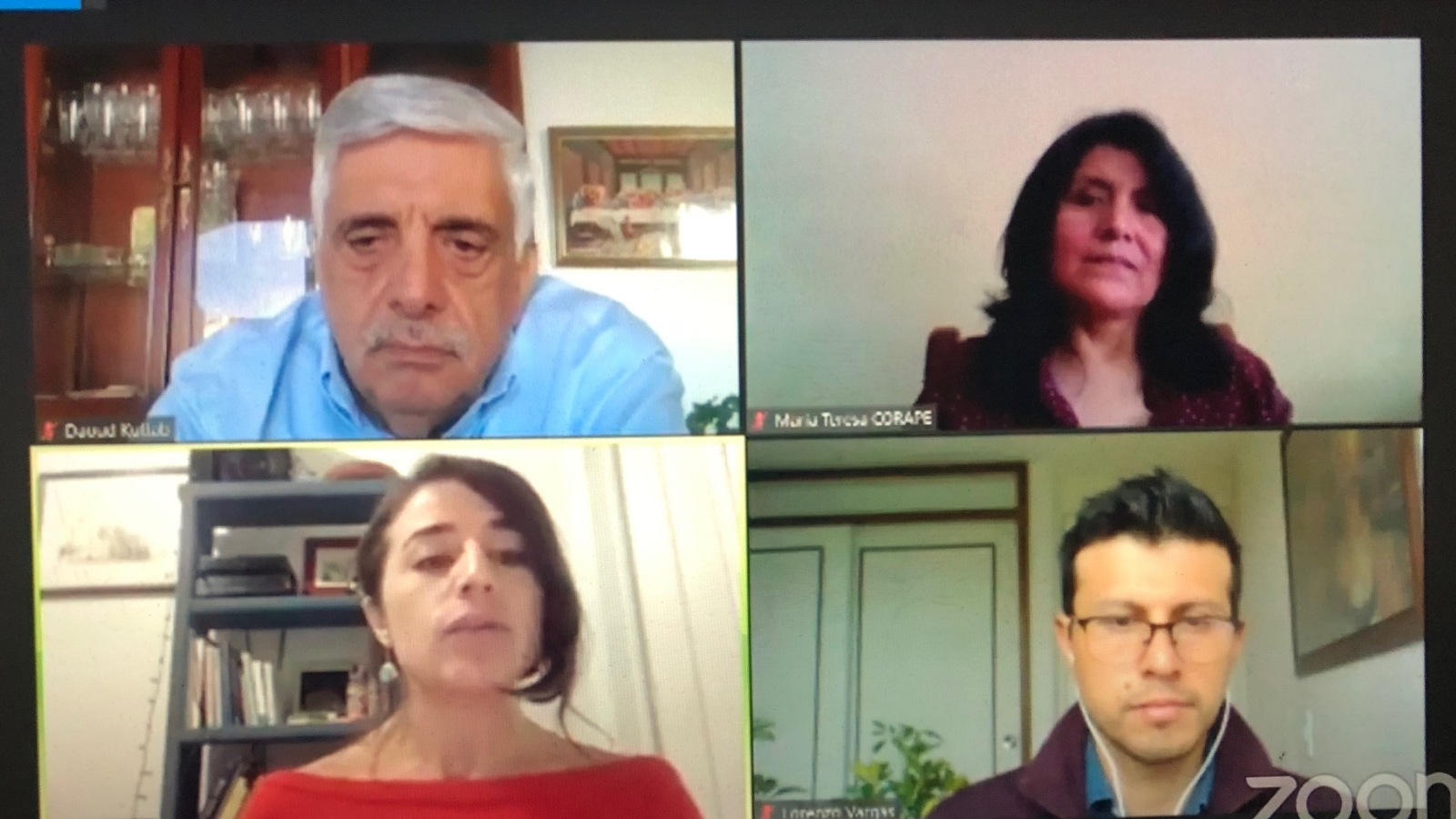 Providing migrants and refugees a platform to share their concerns, challenges, and aspirations not only helps them, but also addresses xenophobia and helps build bridges with host communities, WACC partners told participants at an online event hosted Oct. 16 as part of a virtual conference, Displacement and Dialogue, by DW Akademie.

Daoud Kuttab, director general of the Community Media Network (CMN) in Jordan, said his organization decided to focus on Syrian refugees because “we wanted to counter hate speech and we thought the best way to do that was to have Syrian people themselves talk about their issues.”

There are about 1.3 million Syrian refugees who reside in Jordan, many of whom arrived during Syria’s civil war in 2011.

“Syrian refugees have no voice. They have no elected representatives, nobody asks for their opinion,” said Kuttab at the event, Enabling migrants to be seen and heard. “Lots of international organizations think they know what they want, nobody asks the refugees what they want.”

CMN began by issuing an invitation for college-aged Syrian refugees to learn journalistic skills, specifically on how to produce a radio show, he said. It later evolved into a radio show, Syrians Among Us, which is supported by international NGOs, including WACC Global. “The reason why we did this was we discovered some of the radio stations were using the Syrian refugees as a whipping horse, to attack Syrians, for hate speech,” said Kuttab. Syrians were being accused of bringing the rents up, even for causing traffic jams, he said. “[These were] things that didn’t make sense because they [Syrian refugees] actually helped improve the economy. Many people were working [as a result of] financial aid from international agencies.”

Speaking at the event, Cutimbo shared how negative perceptions of Venezuelan migrants in Ecuador and Colombia exist among citizens, including those in the news media. “Theres’ a rejection of the migrant population,” she said, adding that they are perceived as people who don’t contribute to the economy, who beg, and who engage in criminal activities. 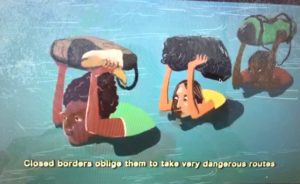 A scene from the video, Florecer, produced by migrants and people who have been deported in Mexico.

In an effort to counter these negative stereotypes and address discrimination and xenophobia, Corape launched in July 2020 a WACC-supported project that trained Ecuadorian and Colombian citizen journalists on investigative journalism, media production, migrants’ rights, and human rights, to equip them not just with new skills but a new understanding. It was also aimed at meeting the communication and information needs of migrants and host communities in their midst.

Cutimbo said the Covid-19 pandemic has made things more difficult for refugees, who do not have access to healthcare and were already working in precarious jobs even before governments imposed lockdowns to deal with the coronavirus.

Rieublanc shared a powerful video, Florecer (To Flower),  produced by migrants, which reminds people that migration is not a new phenomenon, and that it exists not just among humans, but even among other creatures of the planet, such as the monarch butterfly and blue whale. The video explains the reasons why people are often forced to flee their homes. “Migration is not a crime. It is not a problem. It enriches us,” said the video, citing the contributions that migrants and refugees often make in their new communities.

During the session, which was moderated by WACC program manager Lorenzo Vargas, the speakers were asked to share key lessons from their projects.

Kuttab said the CMN project provided training for Syrian refugees, many of whom are now working in other media outlets; it also gave refugees a platform to talk about their problems, and it produced “good results.” He cited how their investigative story about undocumented marriages that exploited Syrian refugee women in Zaatari camp prompted the Jordanian government to bring in a religious leader and open an office to register weddings. The radio program also discovered the existence of an unknown refugee camp, which prompted the UNHCR to come in and provide support.

The radio program gave Syrian refugees the microphone to “speak about their problems, tell themselves what issues and priorities they’re interested in, not what the donor agencies were interested in, I think gave [them] a genuine, authentic voice,” he said.

Rieublanc and Cutimbo spoke about how their projects have helped bring the issues of migrants and refugees into the mainstream, noting that coverage of these are often “very low” priority among the local media.

Photo above: Daoud Kuttab, Maria Teresa Cutimbo, Marie Pia Rieublanc, and Lorenzo Vargas, during the session on Enabling migrants to be seen and heard, at the DW Akademie’s virtual conference, Displacement and Dialogue.