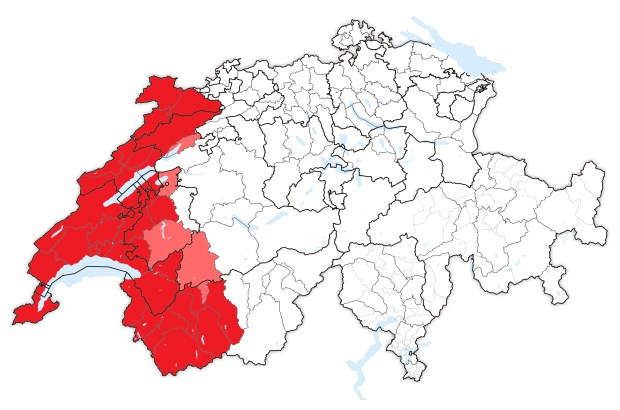 The Suisse Romande is the western, French-speaking part of Switzerland.

Switzerland ranks high on the world’s barometer of freedom of expression and opinion, and yet some issues still provoke controversy.

The church press agency Protestinfo is run by Médias-pro, a WACC member. It has responded to attacks on its integrity following the publication of a study in January 2014 called “Creationist teaching: Public education displays its discomfort”.

Protestinfo has confirmed that its study was written with professional objectivity and was based on facts. However, to cite just one example, the website of the French Federation of Evangelical Churches claimed it was mistaken:

“The confusion began with a document available on the Instruire.ch website, the French association of these schools. This document simply resorted to the term ‘creationist’ to indicate the belief that God is the origin of all things.”

Protestinfo has countered that, firstly, its investigation was not based on this document alone, but also on an interview with Eric Tendon, director of Instruire.ch. In a quote sent to him before publication and accepted as such, he said: “The theory of evolution is also presented, but not as a truth. For us, it is clear that we were created by God.”

Protestinfo has pointed out that it did assume from publicly available statements that the protestant schools of French-speaking Switzerland teach that the earth was created in six days, 6000 years ago. It noted, however, that this theory is not refuted: “Teachers [in these schools] have the freedom to present their vision of creationism in a more or less narrow way.”

In addition, several members of Instruire.ch have said they are not concerned with the problem, since they only provide primary education and the teaching of evolution only begins in science courses in secondary schools.

Yet, according to the Swiss French plan of studies, students from 5th and 6th grade (beginning of secondary school, students from 8 to 10 years old) must study in history “the first traces of human life, slow evolution towards Homo Sapiens.”

Médias-pro, which runs Protestinfo, is dedicated to independent information. Reformed/Presbyterian churches support its work, together with many Evangelical churches. The tension around “creationism” seems to originate in a minority, and Médias-pro has received support and positive comments from civil society, including politicians and much of the press which uses Protestinfo as a professional source of information.