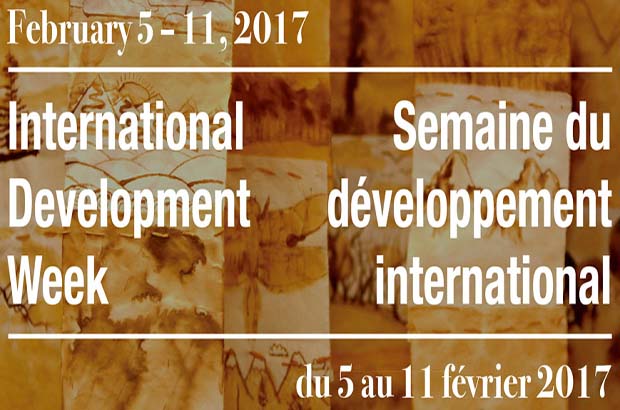 A nationwide initiative, it seeks to inspire Canadians, and youth in particular, to learn more about global development.

This year’s theme is “Leave No One Behind: Canada Contributes to Global Goals!” It was seen as an opportunity for Canadians to share their experiences in the struggle to reduce poverty in the world and to draw attention to global-local initiatives around the country.

In a statement on 5 February 2017, Canada’s Prime Minister Justin Trudeau wrote, “Over the past year, we have consulted Canadians and our international partners in order to craft a new approach to international assistance.”

“Our refocused efforts will help the world’s poorest and most vulnerable people, including by promoting human rights, women’s empowerment and gender equality, and respect for diversity and inclusion,” he said.

WACC’s global secretariat has been based in Toronto, Canada, for more than 10 years. It is the administrative centre for projects focusing on strengthening communication rights as a means to help achieving the UN’s Sustainable Development Goals (SDGs).

WACC focuses on places where people are denied the right to communicate because of status, location, identity, or gender, or where public communication is in the hands of the privileged and do not address problems and issues affecting poor and marginalized people.

WACC tries to help such people and communities by supporting small projects that take a rights-based approach to communication and information as part of a strategy to address other development challenges. 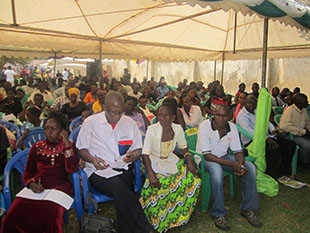 A recent example of such work is a project carried out by the Uganda Media Women’s Association (UMWA) and supported by WACC.

The project (photo left) was called “Strengthening community radio through long-term participation of women”. It worked with female broadcasters from three community radio stations in central Uganda to build on their skills so that they could take on more important roles within the stations, as well as on creating a culture of gender equity among the management teams.

Over 70 women community broadcasters benefitted from the project. Several of them underlined its positive impact, enabling them to stand up to the negative vibes or labels that came with women who challenged the status quo.

Others mentioned how they can now contribute to identifying topics for discussion on radio, ably host high profile discussions even when a co-presenter absents him or herself at the last moment. 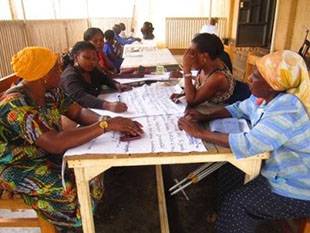 Betty Miiro, a Sports Presenter at Mama FM, said, “Doing advance research, planning the program, ensuring I have enough soundbites from both the authorities and the local people, and I’m ready to go.”

She noted that skills training was an important element. “Learning to operate the consul is another added advantage that motivated me to become more confident. Thanks to the training in strategic planning, public speaking and in production techniques,” she said.

Peter Balaba, Station Manager, Nakaseke FM agreed. “I’m happy that by the end of the project, women and men are now equally distributed in our departments. Now it doesn’t matter who leads a meeting, reads news or hosts which show!”

Empowerment of women supports SDG 5 whose aim is “Achieve gender equality and empower all women and girls”. WACC works towards this by promoting forms of communication that not only challenge the patriarchal nature of media but strive to decentralise and democratise them.

In other words, by creating media that encourage dialogue and debate; advance women and peoples’ creativity; reaffirm women’s wisdom and knowledge, and that make people into subjects rather than objects of communication.

WACC fully supports Canada’s initiative “Leave No One Behind” and looks forward to closer cooperation with all who share the same goal.