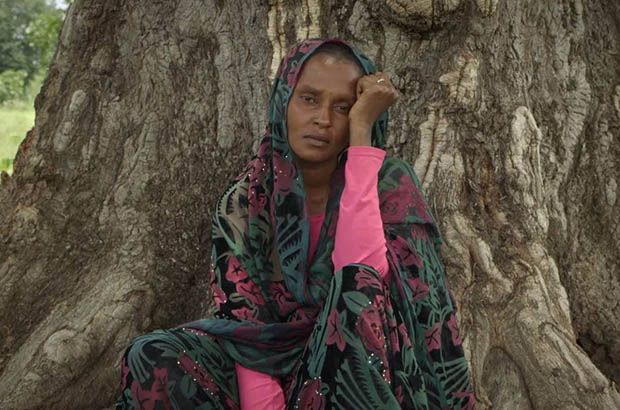 WACC and SIGNIS believe this documentary offers a very human perspective on the horror of conflict situations that impact the lives of ordinary people, especially women and children. Its human rights perspective is exemplary.

Cahier africain begins with the discovery of a small school exercise book, containing the testimonies of 300 Central African women, girls and men. The notebook’s pages reveal how they suffered at the hands of Congolese mercenaries between October 2002 and March 2003. 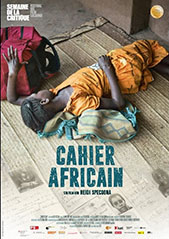 Filmed from 2008 onwards, Cahier africain accompanies victims of the violence, such as Amzine who gave birth to a daughter after being raped, and Fane, who was shot in the knee and who eventually underwent successful surgery in Berlin.

As prosecution of the war crimes continues in the International Criminal Court in The Hague, the women attempt to go about their dailies lives. Then another civil war breaks out in the Central African Republic.

Specogna notes that, “The fate of the women and their children begotten by force is a tragedy the world turns a blind eye to. It’s estimated that, in the Central African region in recent years alone, more than 100,000 women have been violated during armed conflict. By way of comparison, after the Rwandan genocide approximately 20,000 children came into life with this background.”

“The film was originally dedicated to the difficult attempts of women to regain a foothold after experiencing violence. However, the renewed outbreak of war in the Central African Republic abruptly rewrote the script,” she added.

In 2016, the Interreligious Jury at DOK Leipzig – one of the oldest documentary festivals in the world – awarded its prize to Cahier africain, which also won a Silver Dove for the best film on democracy and human rights.

The Interreligious Jury congratulated the filmmaker on her “sensitive approach to her protagonists, her poetic filming and for leaving us with a shimmer of hope through the images of the women rebuilding their lives.”

A lecturer in documentary filmmaking at Film Academy Baden-Württemberg in Ludwigsburg, Germany, Heidi Specogna has pursued a long and illustrious career as a documentary filmmaker, winning prizes for “Tupamaros,” a Coral Award winner at 1996’s Havana New Latin American Film Festival, and 2006’s “The Short Life of José Antonio Gutierrez”, which took a Swiss Film Award in 2006.

WACC and SIGNIS warmly congratulate Heidi Specogna on her significant and successful work.