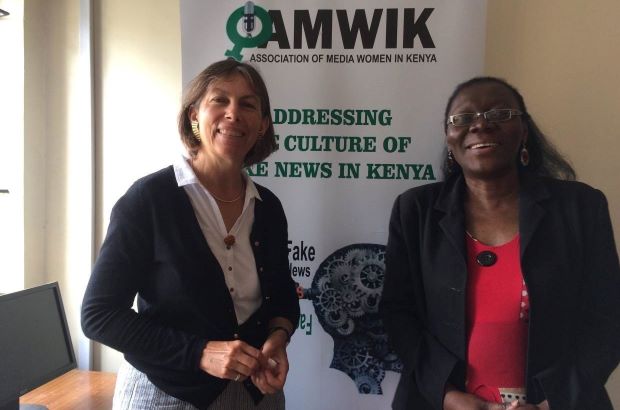 With growing incidences of cyber violence and harassment against women and girls, including female journalists, WACC Global maintains its support for efforts that push for policies to address them and to raise awareness that they are overt expressions of gender discrimination and inequality.

Nearly two-thirds of female journalists have experienced online harassment, according to a survey conducted in 2018 by the International Women’s Foundation and Troll Busters. Many have reported short-term and long-term emotional and psychological effects, and about 40% have avoided reporting certain stories as a result of these incidents, said the report.

WACC and other civil society groups have described gender-based violence in journalism as an urgent issue. It not only poses a threat to their safety and well-being, but excludes them from participating meaningfully in an increasingly Internet-mediated public sphere. It undermines the diversity of the press, and threatens freedom of expression.

Democratic communication and open access to information are essential to enable people to participate in decision-making processes. This is recognized by the UN’s Agenda 2030 for Sustainable Development, which highlights access to the Internet.

In Kenya, where Internet usage is high and where cyber attacks, verbal abuse and bullying of journalists, especially women, are growing, WACC has partnered with the Association of Media Women in Kenya (AMWI on two projects that address the issue.

Last May 2019, AMWIK launched Women’s Online Safety through Research, Training and Policies, as part of WACC’s Development Initiatives Programme (DIP): Building on Communication Rights, funded by Bread for the world. This ongoing project is a follow up to “Raising awareness of online violence against women through media,” a previous WACC project funded by Otto per Mille in 2016-2017.
The 2016-2017 project was undertaken following AMWIK’s report that online violence against women journalists had become a “silent epidemic” because it was treated as a personal problem, and media rarely have tools to protect themselves online.  This has resulted in self-censorship and reduced online engagement on the part of many women journalists, said AMWIK.The project included publication of a research report, Online Safety for Women Journalists, which provided case studies of women journalists who have experienced cyber violence. Kenyan women journalists often experience online violence through “parody accounts that churn out fake content, mostly of a sexual nature,” said the report.

The project also included the training of journalists and social media managers in newsrooms on how to address cyber violence, as well as media monitoring of online violence, mainly on social media platforms.