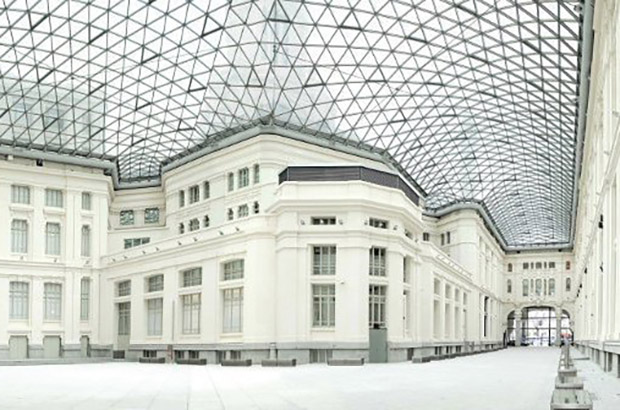 Posted at 10:37h in Communication Rights, News by Staff 0 Comments

Program managers Sarah Macharia and Lorenzo Vargas will represent WACC at the
2019 International Association for Media and Communication Research (IAMCR) Conference, scheduled July 7 to 11, in Madrid.

Macharia, WACC program manager for Gender & Communication and coordinator of the Global Media Monitoring Project (GMMP), will deliver a presentation at a pre-conference session, The Future of Media Monitoring: Comparing Gender and Media Equality Across the Globe, on July 6.

She will also be part of the leadership of the Global Alliance on Media and Gender (GAMAG) on behalf of WACC, as the GAMAG general secretary, during another pre-conference event July 5.

This event will gather scholars and advocates who are involved in initiatives to promote gender equality and through the media.  It will discuss what has been accomplished and what remains to be done to foster media gender equality in the digital age. It will also include a workshop on how to update and implement Section J of the Beijing Platform for Action (on gender and media) “in view of informing the implementation of the Agenda 2030 and related Sustainable Development Goals.”

Vargas said that as an institutional member of IAMCR, “WACC is committed to advancing collaborative and transformative research within the field of communication and media studies.” The IAMCR, he added, “is the ideal platform to advance this type of research as it brings together scholars and media activists from around the world, including several researchers from leading Global South institutions involved in participatory research that helps build the capacity of marginalized communities to drive their own processes of development and social change.”

WACC is particularly active in the Participatory Communication Research, Community Communication & Alternative Media, and Gender & Communication sections of the IAMCR, said Vargas, who is a communication for development specialist and researcher on citizens’ media.

The theme of the conference, Communication, Technology, and Human Dignity: Disputed Rights, Contested Truths, “resonates with WACC’s current work on democratizing the digital transformation the world has witnessed over the past 20 years,” Vargas said.

Vargas noted that “political, cultural and civil society actors are still struggling to respond effectively” to challenges and opportunities engendered by digital technology. “What is still lacking is a comprehensive approach, based on social justice.”

Javier Gomá, philosopher, essayist and playwright will open the conference with a lecture entitled Dignity, a revolutionary principle.

Other keynote speakers include Jeff Jarvis, director of the Tow-Knight Center for Entrepreneurial Journalism in the Craig Newmark Graduate School of Journalism at the City University of New York; Katharine Sarikakis, Chair of Media Governance at the University of Vienna and Head of the Media Governance and Industries Research Lab; and Malavika Jayaram, inaugural Executive Director of the Digital Asia Hub and former fellow at the Berkman Klein Center for Internet and Society at Harvard University.

About 1,600 participants are expected to attend the conference, according to the IAMCR website.

Photo above: Located within Cibeles Palace, home to Madrid City Hall, this large courtyard covered with an immense glass dome, will host the IAMCR opening ceremony. By  Madrid City Hall.