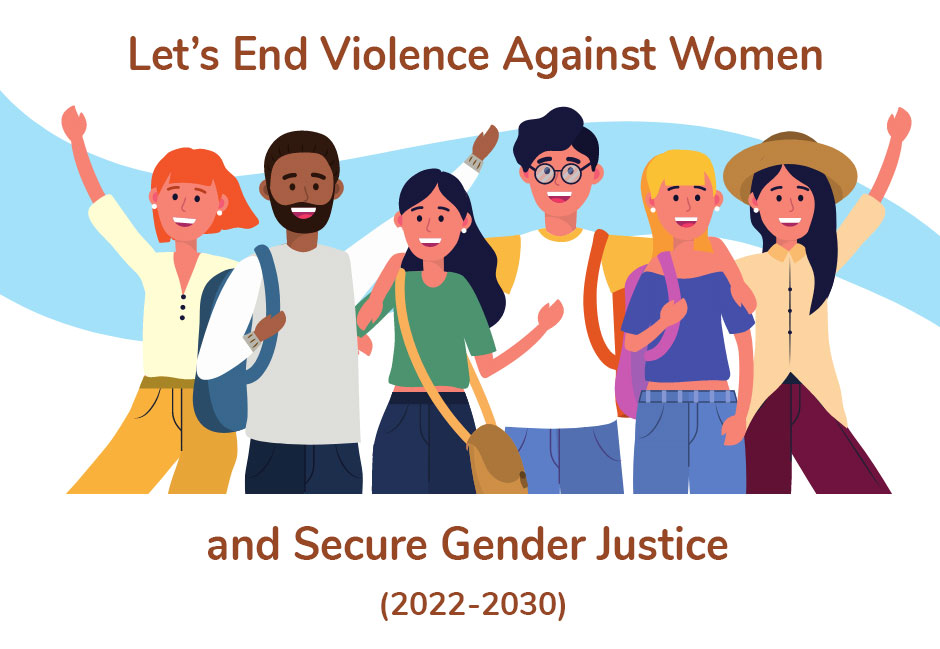 A new initiative aimed at raising awareness about cyberviolence against women and creating a coalition of rights-based partners is highlighted in a new page on the WACC Global website. The initiative, a joint vision of WACC and the World Council of Churches (WCC) will act to advance a media environment that is more equitable, sustainable, and inclusive of girls, women, and marginalized groups.

“In recent years, the need for urgent action to monitor and transform all forms of media to advance women’s full and equal access, representation, and dignity for all has increased,” explains WACC and WCC in their joint proposal. “The UN Special Rapporteur on Violence Against Women noted the spread of violence to social media and other mobile communication platforms, blogs, and messaging applications; and new research reveals unrelenting gender-based attacks against women journalists working in the digital space.”

The dedicated web page, Let’s End Violence Against Women and Secure Gender Justice (2022-2030),includes a plan of action for tackling gender-based cyberviolence, as well as information about the issue presented in various forms, including videos, social media cards, and a list of resources.

It also cites the expertise that WACC and the WCC have in gender justice advocacy.

WACC promotes communication rights and advances gender equality in and through the media. Its flagship initiative, the volunteer-driven Global Media Monitoring Project (GMMP), has conducted media monitoring every five years since 1995. The GMMP generates the evidence needed to support education, awareness, training, advocacy, and engagement with media professionals about media policy and practice.

WCC’s Thursdays in Black began in the 1990s as a campaign against rape and violence. It has grown into a global ecumenical movement against sexual and gender-based violence that includes many churches and church agencies, national councils, inter-religious partners, and academic institutions.

“Together, WACC and WCC are combining expertise and networks to help make our media landscape safe and just for women and girls – and for everyone,” says Sara Speicher, WACC Deputy General Secretary.

The plan of action outlined by WACC and the WCC focuses on areas such as strengthening the capacities of ecumenical and secular communications to integrate a critical gender and intersectional lens in their practice, creating an ecumenical gender and media observatory, and evidence-based advocacy.

To learn more and join the initiative, please contact ss@waccglobal.org