What are the communications challenges facing Tonga today?
20592
post-template-default,single,single-post,postid-20592,single-format-standard,theme-bridge,bridge-core-3.0.1,woocommerce-no-js,qodef-qi--no-touch,qi-addons-for-elementor-1.5.6,qode-page-transition-enabled,ajax_fade,page_not_loaded,,qode-title-hidden,columns-4,qode-child-theme-ver-1.0.0,qode-theme-ver-29.2,qode-theme-bridge,qode_header_in_grid,qode-wpml-enabled,wpb-js-composer js-comp-ver-6.10.0,vc_responsive,elementor-default,elementor-kit-41156

13 Sep 2014 What are the communications challenges facing Tonga today?

Posted at 09:02h in Media Development by wacc_kn 0 Comments 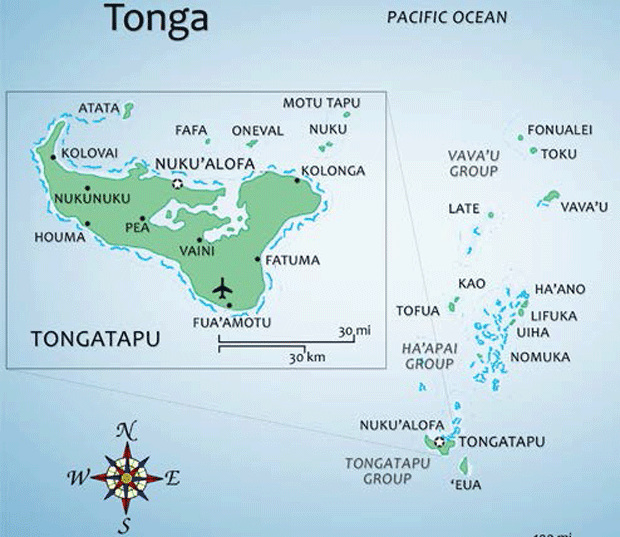 It is difficult to treat communication separately from the other elements that have developed and sometimes become challenges in the society of today. If not all, most of the components of any society are subject to change and any change is a potential challenge.

If there are challenges that communications face today, there must have been impacts on the old ways inherited from the past. In a family of eight – parents included – at meal times, everyone was quiet. I remember very vividly when I asked my mom, “Why aren’t we talking?” She replied, “You have only one mouth and that’s for eating.”

Normally after evening meals before sleeping, there was the family prayer time. Before the actual prayer time the father would speak to the family encouraging good deeds and condemning known misconduct. There was hardly any room for negotiation or defence for any alleged misbehaviour. If any member of the family spoke against or challenged the parents for any misfired accusation, that very action was considered bad manners. Parents and authorities seemed almost infallible.

When the schools system started, teaching styles were almost delivered in the same way. The teacher taught; the student listened and learned. Asking questions was rather discouraged. As the school system changed, communication changed too. When teachers allowed students to raise questions and critically challenge the “status quo”, it revolutionized communication strategies.

Only equals communicate directlywith each other

In the Tongan Parliament, there exist the representatives of the people and representatives of the lords. It was hard to converse with the lords on a platform where only equal ranks can communicate with each other. In the ecclesial domain, the ministers or pastors preached, taught and catechized. The faithful listened and learned, but they did not challenge the pastor or the minister. It was assumed that pastors, leaders, and parents knew everything and they do the teaching and orientation of society and customary settings. Today, attention is given to the needs of the needy.

Though women held a highly distinguished rank in society, they did not occupy the leading role of those who can communicate in public. Women were not among those who can vote in a parliamentary election nor they can be candidates for election to Parliament. On the very strict ground of asking for a date, only men were allowed to ask and propose to women. It was supposed that men were the only ones who could choose who to get married to. Today, women can ask men out. There is nothing wrong about it. A women can communicate to any man of her choice and liking. But in the church and religious domain, only men were able to be ordained as minsters of the Gospel and Sacraments.

When it came to the moment of communicating to the one whom you choose to express your love and desire to be with, it took a lot of stomach to make such communication. Communicating directly on the subject at hand was considered irrelevant. It had to be with the artistic formula of poetic, pictorial language with metaphors and hinting at the real meaning of what was desired to be communicated.

For example, when a young man tried to express how he perceived and appreciated the beauty of a young woman, it would go something like this: “My eyes are not worthy to contemplate and gaze at beauty so much like the rays of the sun, for your face is so colourful and beyond the combination of the rainbow, the surface of your skin is finer than the clarity of the crystal clear.” And more would follow about the marvels of her mind.

Today, people no longer waste time in putting their feelings into words, but hurry along to the ultimate objective and that is the business of jumping into bed. Communication has become direct and through e-texts and iPhones. No one is properly introduced any more and customary ways and protocols of communication are bypassed.

What is significant about the ownership of anything? It matters because the owners have a certain beliefs and likes and a set agenda about the right thing to do. One of the main issues faced today is the heavy propaganda of major religious organizations or institutions and claims that the government is run under the guiding principles of that particular religion. Believing this other religions would certainly suffer and struggle especially when a doctrinal issue becomes controversial and opposed to the views of other religions. We find the media in a very similar situation when the owner sets the agenda.

The government-owned media houses have set priorities to serve and cover the activities of the government. The only problem is when a critical situation arises; it is not easy for the government to be challenged by its own media. And because the government has the authority to issue licences to operate media, it can refuse.

For me, the measure of a media owner of quality is the ability to listen and to take criticism raised by its own media houses and entities.

The role of social media in communal life

Critical media bombardment is a character test for those in authority and holding leadership roles. If the authorities and leaders confronted by media welcome and treat media as part of communal activities, the public will certainly read the situation as strengthening and empowering. If the leaders and those in power see media coverage as purely attacking and criticizing, it indicates an obvious sign of fear and incompetency.

When media appear to attack a leader or an authority, it gives that authority and leadership grounds to defend and explain reasons for holding back and not fulfilling expectations and promises. If the media do not handle such issues with the standard strategies, they are failing to execute their prophetic role and to expose the motives behind any action taken.

One of the leading media entities in Tonga is Taimi ‘o Tonga, which is enjoying freedom of expression and the press under the guiding principles of the Tonga media law and media code of ethics. At the same time, it is reporting the news without challenging, predicting and anticipating the future based on the likely consequences of what we are doing or failing to do today.

Newspapers are not just for reporting what people already know. Media coverage involves the logic of investigating and identifying what the public may not see now, and some of the hidden truths which the people have the right to know and communicate. Even Tongan newspapers have the right to predict and to draw up a road map for the consequences of what we are doing.

Although this sometimes involves a high risk of being harassed by legal proceedings, quality journalism requires a stomach filled with vigour and the heart of a gladiator to pursue the truth and emancipate the mind from mental slavery.

Communication rights in the Pacific can be strengthened with the support of international communication entities (like WACC and SIGNIS) who could organize regular workshops and seminars regularly on the different related topics.

There is a need to promote and implement the right to tell their own stories by the people of the region. We need to ensure that the law guarantees local people their communication rights. In addition, by telling the stories of the past we can remember what happened. Such stories sometimes boost our morale and sometimes humble us. With communication rights we can tell stories that not only tell others who we really are, but also shape the future for our descendants to enjoy the freedom to expressing their ideas and feelings.

Viliami Falekaono is Director for Social Communication of the Catholic Diocese of Tonga and Niue. He is a member of SIGNIS and WACC and former President of WACC’s Pacific Regional Association.