What is the role of public service journalism today?
21240
post-template-default,single,single-post,postid-21240,single-format-standard,theme-bridge,bridge-core-3.0.1,woocommerce-no-js,qodef-qi--no-touch,qi-addons-for-elementor-1.5.6,qode-page-transition-enabled,ajax_fade,page_not_loaded,,qode-title-hidden,columns-4,qode-child-theme-ver-1.0.0,qode-theme-ver-29.2,qode-theme-bridge,qode_header_in_grid,qode-wpml-enabled,wpb-js-composer js-comp-ver-6.10.0,vc_responsive,elementor-default,elementor-kit-41156

21 May 2018 What is the role of public service journalism today? 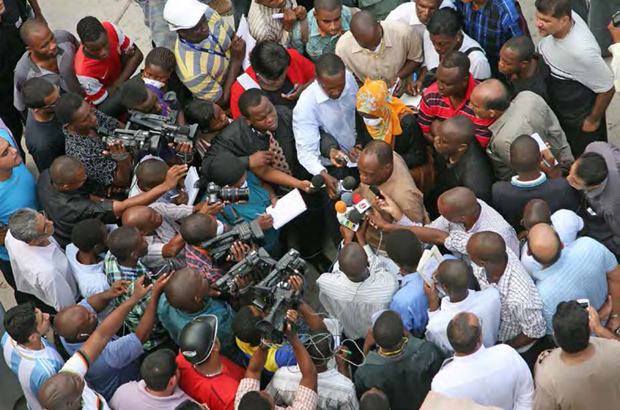 Public service journalism typically refers to reporting that contributes to or frames debate about issues of common concern. Journalists hold this type of reporting in high regard and contrast it with less distinctive forms of news coverage.

Where partisan spin aims for political efficacy and consumer news for optimization of decisions taken in the marketplace, public service journalism claims to provide citizens with the information needed to form reasoned opinions about matters of shared interest. By reporting “without fear or favour” on issues of public importance, this form of reporting is viewed by journalists as a crucial pillar of democratic self-governance.

In Western Europe and North America – the regions that serve as the primary reference points in this essay – the ideal of public service reporting arose amidst the professionalization of journalism in the 20th century. While this assumed different forms in different places, across all of them journalism became a paid occupation with distinctive routines and norms. One key norm was the idea that journalists ought to contribute to “the public” rather than some narrower segment of it.

This norm aimed to differentiate journalism from other emergent occupations at the time. Public relations, for instance, was viewed as working on behalf of specific interests, not that of the general public. Historically, this norm also differentiated professional journalism from its 19th century predecessor, when journalists existed primarily to serve the interests of political parties or general political tendencies. In that era, contributors to mass media tended to be lawyers, politicians, and other social elites who did not rely on journalism to make their livings.

From the outset, the ideal of public service reporting was accompanied by questions about what counts as an issue of common concern. Exclusion on the basis of gender, class, race, ethnicity, and other forms of social difference was recurrent. In the United States, for example, the top prize for public service reporting – the “Public Service” Reporting Prize given annually by the Pulitzer Committee – went to gender-related reporting for the first time in just 1991.

Similar historical anecdotes can be drawn from other countries. All highlight that definitions of common concern that public service reporting aims to inform are neither free floating nor timeless. Instead, they reflect and refract relations of power within a given society at a particular point in time.

Nonetheless, the ideal of public service reporting underscores an important civic aim: that democratic decision-making can be informed by reporting that helps citizens consider public action in ways that are not reducible to economic power or social status, and that therefore communicate across various forms of social difference. It is an ideal from another era, and a contested one at that. Yet it is also holds continuing importance as a forum for social integration and decision-making. How should we think about the role of public service journalism today?

Journalism today exists in a context where the very notion of common concern is called into question. In many countries, well-funded efforts by conservative activists provide segments of the public with alternative news sources that cultivate distrust in the mainstream media, as well as public institutions and experts on whom they rely to produce public service news. More generally, polarization leads groups on both the left and right with different value orientations to pay heed only to news that confirms extant assumptions.

Digital technologies exacerbate these divisions by fostering reinforcing echo chambers while also circulating disinformation and sensationalist news. Such news runs counter to norms of public service, and circulates in part due to digital advertising models that reward volumes of traffic rather than quality. In this context, the idea of reporting about issues of common concern, so that they can be subject to rational-critical opinion formation, seems to falter in a world composed of separate issue arenas, each seeking its own critical mass.

Compounding this problem is the precarious economic situation in which many news organizations find themselves. This is especially an issue in North America and Western Europe. While the problem varies from one country to the next, the basic issues seem to be: 1) that the expansion of news options – including the option of simply tuning out from news altogether – leaves many news organizations with dwindling audiences; and 2) even those who experience audience growth struggle to convert those audiences into economic revenues. For commercial media, these revenues are primarily captured by large internet companies like Google and Facebook. Meanwhile, many public service broadcasters are seeing their operating budgets slashed amidst government spending cutbacks.

Unsurprisingly, newsroom layoffs have been a widespread result of these conditions. Over the past decade, the number of paid journalism jobs in the United States has been cut by more than a third. The figures are less drastic in Western Europe, where regulations to varying degrees buffer news organizations in difficult economic circumstances. For example, paid employment in France has dropped far less sharply in the same time period, due in part to the French government doubling the amount of direct aid it gives to news organizations, and in part due to labour regulations that make layoffs difficult for news organizations to make. Yet these measures also make it difficult for young journalists to enter the field, thus creating questions about who will provide public service reporting in the future.

All these changes obviously shape the capacity of news organizations to produce public service journalism. Fewer resources limit the ability of journalists to spend the time and energy needed to do this type of reporting. They also limit these abilities unevenly, by clustering a growing proportion of journalism jobs in media capitals (e.g. London, Paris, New York) while leaving vast swaths of the country underserved. This in turn reshapes the very idea of what is understood as public service. The economist James Hamilton, for example, has shown that journalism prizes in the United States are increasingly concentrated in a few elite news outlets. In the 1990s, five news outlets accounted for 30% of all major journalism awards. Today, that figure has risen to nearly 50%. These changes make it less likely that reporting about issues outside the purview of national news media will appear on the public radar.

One possible answer to the question of public service reporting’s future, therefore, is that the very meaning of the term “public” that it serves will change. It will focus increasingly on news that will interest an audience that is more educated and wealthy than the general population. These audiences – themselves divided between differing political camps – may subdivide around politically partisan news sites. Or public service journalism could form a background cultural reference for professional elites (e.g. “Did you read that article in the Financial Times?”).

In these senses, public service reporting will look a good deal like the 19th century journalism that professional journalism sought to displace: produced by and for social elites in the service of various political and class tendencies. The rest of the public will get either blatantly partisan spin, profit-driven infotainment, or no news at all.

This type of development is typically framed in terms of exclusion. Individuals and groups – namely, those with fewer educational and economic resources – will cease to be included in public service reporting. This is an important discussion, and one that often revolves around economic measures that can be taken to bolster public service journalism. Indeed, there are measures that can be taken to ameliorate aspects of this problem. Various forms of government support – when coupled with measures to ensure journalistic autonomy – can and sometimes do provide a source of money that enables journalists to pursue public service coverage.

But a more fundamental issue lurks beneath such discussions. The ideal of public service journalism arose in an era when journalists could reasonably claim to speak to and on behalf of “the public”. Despite all the exclusions that such claims entailed, such statements were possible in part because of a tacit consensus on the existing social order about which journalism reported.

Among other things, this social order promised citizens that hard work would result in meritocratic mobility and that communities at varying scales (local, national) would provide for them. Classic forms of public service reporting garner prestige precisely because they highlighted the failure to live up to such norms (e.g. reporting about corruption imagines itself as exposing a failure of meritocracy; reporting about poverty calls attention to failures to care for community members).

One need not look far to see that such a social order – or, to be more precise, the perception of its efficacy – has broken down. Deindustrialization has led to the loss of many jobs, and their replacement with low paying and precarious forms of work. Government cutbacks mean fewer social services in many countries, and their substitution with market-based counterparts (e.g. private retirement accounts). Public service reporting can and sometimes does chronicle these developments, but audiences are hardly shocked to learn of them.

Better funding for public service journalism will not solve this deeper issue. It is not merely that some citizens are excluded from public service reporting, but that they cease to believe in the social order on which it is based. Very low levels of trust in journalism – in many countries, the lowest since public opinion researchers began asking the question – are simply one indicator of this larger loss of faith. Under such conditions, journalists cannot simply revert to the facts or public interest to defend their claims, because it is precisely the validity of the social order on which they are based that is questioned.

There is not an immediate or obvious answer to this deeper problem. In fact, for the most part, it is ignored by journalists and commentators who focus simply on the loss of fact-based reporting, or the exclusion of various communities in news coverage. To be sure, these are important issues. But they do not touch upon the deeper sources of doubt that many citizens feel about their social worlds. Journalists are not directly responsible for creating these conditions. However, the possibility of a more expansive, critical form of public service reporting in the future requires finding ways of dealing with it.

Matthew Powers is Assistant Professor in the Department of Communication at the University of Washington in Seattle, USA. His first book, NGOs as Newsmakers: The Changing Landscape of International News, will published by Columbia University Press in May 2018.