What would MacBride say about the Digital Age?
21477
post-template-default,single,single-post,postid-21477,single-format-standard,theme-bridge,bridge-core-3.0.1,woocommerce-no-js,qodef-qi--no-touch,qi-addons-for-elementor-1.5.6,qode-page-transition-enabled,ajax_fade,page_not_loaded,,qode-title-hidden,columns-4,qode-child-theme-ver-1.0.0,qode-theme-ver-29.2,qode-theme-bridge,qode_header_in_grid,qode-wpml-enabled,wpb-js-composer js-comp-ver-6.10.0,vc_responsive,elementor-default,elementor-kit-41156 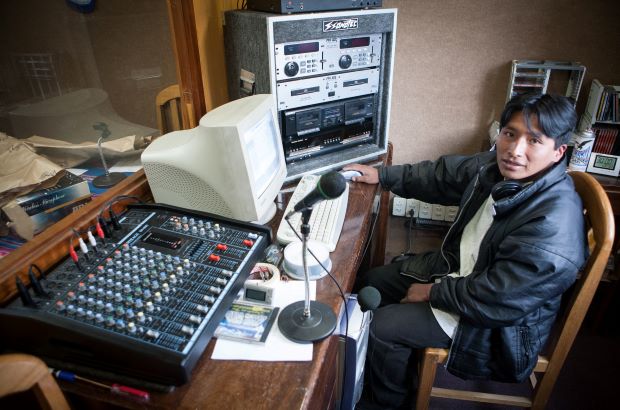 14 Aug 2019 What would MacBride say about the Digital Age?

Posted at 09:20h in Media Development, News by Staff 0 Comments

The year 2020 marks the 40th anniversary of the publication of “The MacBride Report,” written by UNESCO’s International Commission for the Study of Communication Problems.

In the lead up to the anniversary, the latest issue of *Media Development revisits and examines the relevance in today’s world of the groundbreaking report, written by the commission chaired by Irish Nobel laureate Seán MacBride,

“If the MacBride Commission were set up today, what issues would it look into? What constraints would it find? What new possibilities would it discover?” are some of the questions explored in the issue, according to Media Development editor and WACC General Secretary Philip Lee. 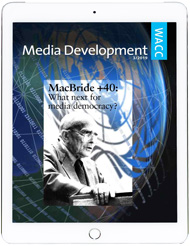 In his editorial, Lee notes that the findings and recommendations of the MacBride Report “are still relevant and applicable today, despite the world’s vastly changed political, economic, social and cultural structures and despite the proliferation of digital information and  communication ideologies.”
It also remains relevant “in the struggle for political, economic, and social justice – and in the struggle to expand what is referred to as “shrinking public space,’” Lee adds.

In Media communication and the struggle for social progress, London School of Economics professor and author Nick Couldry, Temple University professor Clemencia Rodriguez and others discuss the role of media and communications in contributing to social progress and the common good. They analyze how media and digital platforms have contributed to inequality by examining media access and infrastructure around the world.

The concept of “data colonialism,” described as “normalizing the exploitation of human beings through data,” and a new stage of capitalism, was first introduced London School of Economics professor and author Nick Couldry, and State University of New York-Oswego professor and author Ulises A. Mejias.  Social scientist and Harvard Business School Professor Eeermita Shoshana Zuboff coined the term “surveillance capitalism” to describe the 21st Century phenomenon of a market-driven process whereby people’s personal digital data are captured and used by companies as free raw material for production.

The other articles in this issue are:

* Media Development is an international quarterly journal published by WACC and is dedicated to the theory and practice of communication around the world. Many contributors write from the perspective of the South, highlighting social, cultural, and spiritual values.

Photo above: A radio presenter in the cabin of the Lutheran radio station in La Paz, Bolivia. The penetration of media and telecommunications is relatively low in Bolivia. Only 75.5% of Bolivian households have radio, 66.5% have television, 60% have telephone (mostly cellular). Photo: Sean Hawkey/ACT Alliance.