Posted at 10:35h in Media Development by wacc_kn 0 Comments 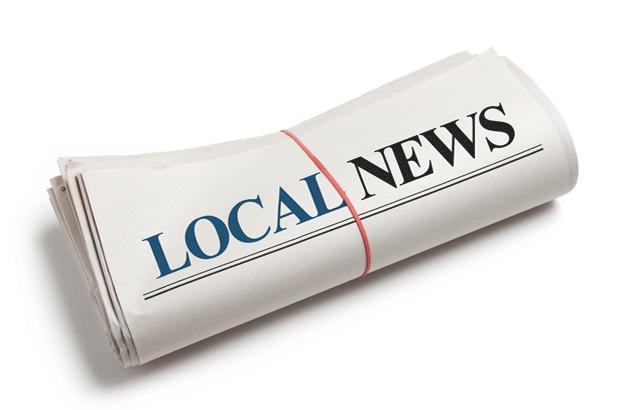 In the United States, it’s no longer newsworthy to say that there is a crisis in the news industry. From coast to coast, countless newspapers closed, ceased print publication, or slashed their staffs in the past decade. NPR affiliates nationwide are struggling to reach millennials and are clinging desperately to pastiche reruns of Car Talk to keep donations flowing. Even ratings for local television news are sagging. Altogether, while citizens can turn to countless digital sources of national and international news (or entertainment), the quantity and quality of local news in most communities is rapidly diminishing. Yet, the crisis in local news is not one of supply; it is one of demand.

The public’s turn away from local news may not always, or even typically, be the result of a conscious choice. That said, now that Americans (and citizens of many other developed nations) no longer receive local news by default, locating it requires active effort. Identifying what drives people’s informational decisions in the face of media choice proliferation is critically important from a democratic perspective. In order to be effective citizens and engaged community members, people need to know about events, issues and opportunities specific to where they live. To be knowledgeable, people need a solid information base – and this generally requires a form of local news.

What motivates people to seek and use local news? How do these motivations differ across generations? How can these motivations be better addressed in the digital age? Though these may seem like fundamental questions, surprisingly few people have investigated them. Resources are often perilously limited at news organizations, academics are inclined to focus on national and international matters (which yield greater scholarly visibility) and major journalism non-profits like the Knight Foundation tend to fund proposals aiming to produce services (like a mobile platform for sourcing breaking news) instead of research. As a result, there is little known about the psychology of local news use in the modern choice-rich media environment.

Drawing on research of individuals’ orientations towards citizenship and their communities, I outline three discrete motivational foundations that a choice to seek local news may rest upon. Looking forward, appealing to young people is of particular concern – so this article specifically connects these motivations to what we know thus far about millennials. If community information can be positioned such that it resonates with their identities, perhaps it will be more likely to attract their attention. Offline or online, text or video, a surfeit of excellent journalists are available to provide local news. To succeed, they must produce content that the audience needs, wants and seeks.

Perhaps the most intuitive reason to follow local news is self-interest. People who pay taxes, drink municipal water and send their kids to public schools need to understand the policies and practices of their local government. Local news is an invaluable shortcut: it surveils the government, offers a forum for the discussion of community concerns and is a source of institutional knowledge that contextualizes current events. From this perspective, individuals need not be concerned with anybody other than themselves for reason to use local news: it is purely an instrumental decision made by people who seek direct personal benefit.

Study of political socialization suggests that self-interested motivation develops over the arc of the typical lifespan. Young people, who do not own homes or have children that attend public school, are less aware of the impact of municipalities upon their lives. Accordingly, they have less incentive to engage politically in general or, more specifically, to follow local news. Established community residents feel the bite of property taxes more sharply and care deeply about the opportunities afforded to their children. They have deep-seated reasons to know what is happening in their community and how they might steer policies towards preferred outcomes. Consequently, they are more likely to follow local affairs.

As millennials (who are now reaching their mid-30s) delay settling down, buying a home and having children, they are not developing community roots that make local news use a matter of readily apparent self-interest. In fact, evidence shows that millennials, on the whole, continue to consume little local news. Members of Generation X are more likely to have established themselves in a community and begun a family – but relative to prior generations, they also report low levels of local news use. In other words, usage patterns suggest that one traditional path leading people to local news use may be petering out.

Though it is indisputable that life everywhere is dramatically shaped by local practices and policies, appealing to millennials self-interest on this point may be challenging. As they focus on completing their educations and establishing careers, residential mobility is an advantage for them that discourages investment in local affairs. Though decisions made at the local (or state) level clearly impact access to education, the cost of living and the economic climate, the effects of policy take time to develop. More immediate concerns take precedence for millennials, which diminishes the personal utility of local news.

Aside from self-interest, many scholars assert that the decision to vote or otherwise take part in the political process can be driven by feelings of obligation. From this perspective, citizenship comes with both rights and responsibilities and it is each citizen’s duty to perform certain acts. For some people, civic duty may stem from an internalized desire to do what is right. For other people, civic duty may be driven by a feeling that they are expected to perform certain actions. Either way, when behavior is driven by a sense of civic duty, it is reflective of a concern for something – community, social group, democracy – beyond the self.

Extending back to research by political scientists in the mid-20th century, empirical evidence connects civic duty to a host of political and civic actions. Beyond voting, feelings of civic duty may motivate people to volunteer for political campaigns, serve on juries or obey the law. Research does show a correlation between possessing feelings of civic duty and being a news user – but it is not clear which comes first.

Today, many theorists argue that notions of citizenship are changing in nations with post-industrial economies. In short, citizenship for some may increasingly be seen through the lens of the market. If, historically, individuals felt obligated to perform certain key behaviors like voting, people coming of age today may feel that citizenship is sculpted from an array of optional actions inside and outside of the political establishment. People are free to construct their own political identities – just as they are free to create their own sexual and even gender identities. From this point of view, individuals’ central political responsibility as a citizen is to be true to themselves.

Indeed, survey research shows that millennials and members of Generation X are much less dutiful than members of previous generations. In general, they acknowledge a responsibility to abide by the law – but they are less likely to see even voting as a condition of citizenship. Further, perhaps only half of millennials believe that paying attention to politics is obligatory. If duty was a foundation for news use in the past, it may not be among rising generations of citizens. Instead, an emphasis on the civic virtue of consuming local news – the leafy green vegetables of the media environment – is likely to be off-putting to people who see citizenship as but one more opportunity for self-actualization.

Rather than being pedantic, an alternative approach to conveying the importance of local information is to attempt to strike an emotional chord with the potential audience. Community (or place) attachment describes the extent to which people possess cognitive or affective bonds with their hometown. Put another way, people who are said to be “high in community attachment” love the physical place where they reside. Sociologists – beginning perhaps with Ferdinand Tönnies – have studied the formation of ties between residents and their communities since the late 19th-century. In agrarian societies, family ties and a close connection to the land support the development of community attachment. Meanwhile, in modern industrial and post-industrial societies, atomized (even transient) lifestyles are more common and community ties are not a given.

There is substantial motivation to understand the antecedents of community attachment. If people feel connected to their community, it is likely that they will stay in that place. Additionally, evidence suggests that individuals who feel attached to their community are more likely to be politically engaged and that communities which have a high proportion of residents who are attached are more prosperous. Though the development of community attachment is somewhat opaque, survey research shows that it is correlated with the presence of abundant social and cultural opportunities, appealing aesthetic amenities and a tolerant interpersonal climate. Additionally, there is a clear correlation between community attachment and local news media use – but the causal ordering of the relationship is not clear.

As reflected by surging real estate costs near many urban cores, millennials place a premium on living in cities. They are broadly shunning suburbs – but are also weighting lifestyle considerations heavily as they choose specific cities that are amenable to their interests and values. Even if these young people are not settling down according to traditional measures, they are forging strong, identifying bonds with particular communities. In many cases, they are even sacrificing career advancement for the opportunity to live in a place that offers greater personal edification.

If appeals to self-interest or obligation are unlikely to increase local news use among millennials, might targeting affect be a more fruitful approach to motivating them? Young people who very carefully – at times at great expense – choose to live in a place might be driven to protect characteristics which attracted them to that place. Cities are tempestuous and tumultuous: change is constant. At heart, news is the reporting of change: not all change, but the change that is most relevant to a particular audience. An emphasis on this central purpose and dedicated attention to the needs of the audience may be a winning formula even when it comes to attracting millennials to coverage of local affairs.

Around the world, the vast majority of elections are held for local or state positions which hold substantial power to shape the lives of citizens. Accordingly, communicating relevant local information to the public is a democratic necessity. From a normative perspective, the process or means of distributing community information is much less important than the outcome: a knowledgeable, engaged public.

The form that local news historically took developed during a period of (relative) information scarcity: people got local news because, to some degree, they did not have alternatives. With such tremendous leverage, journalists and their employers could afford to produce what they thought the audience needed rather than what the audience wanted. This approach is no longer tenable. Looking to the future, greater sensitivity to audience psychology is critical as new sources of community information take shape. n