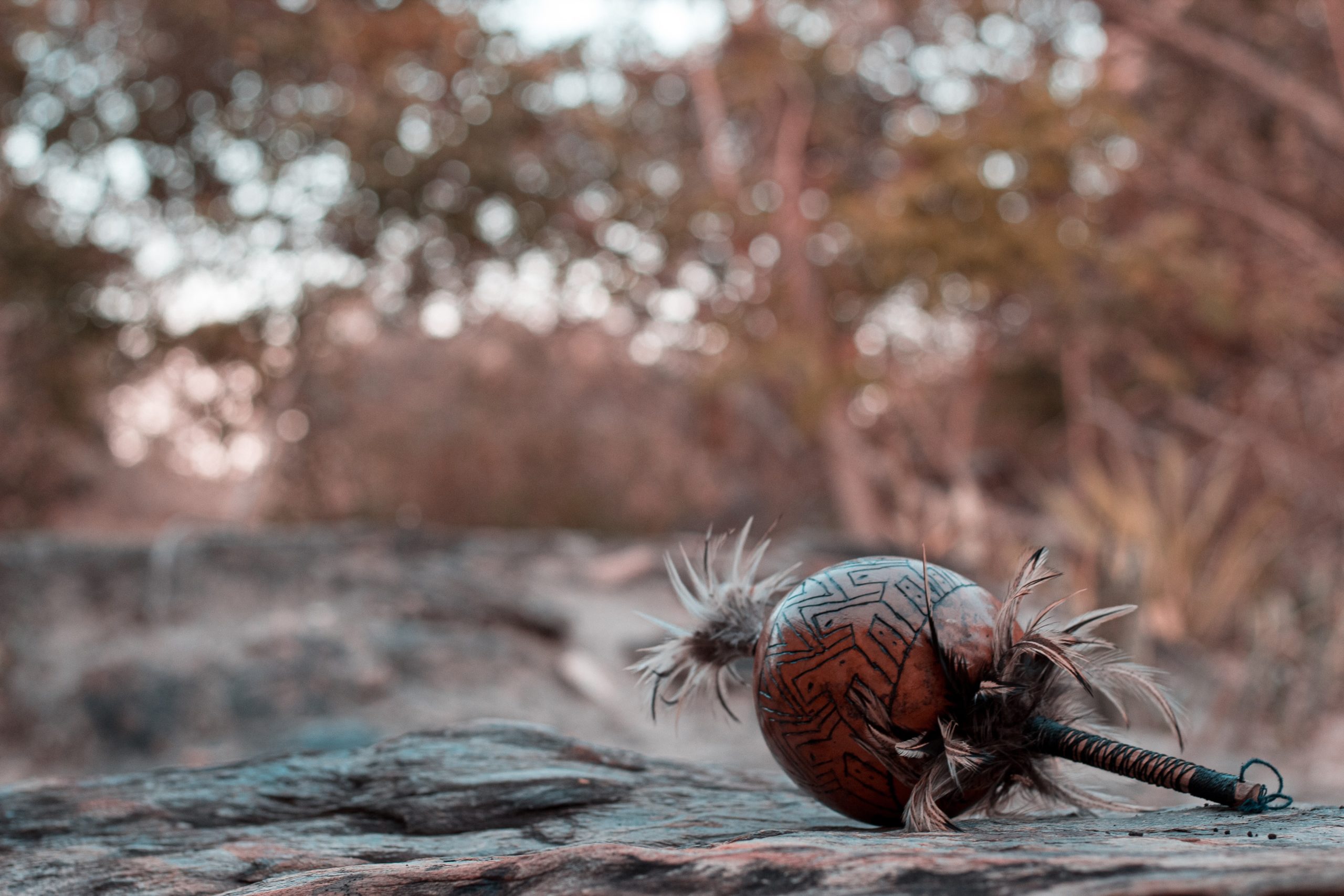 The very identity of indigenous peoples is inextricably linked with their lands, which are located predominantly at the social-ecological margins of human habitation – such as small islands, tropical forests, high-altitude zones, coasts, desert margins and the circumpolar Arctic. Here at these margins, the consequences of climate change include effects on agriculture, pastoralism, fishing, hunting and gathering and other subsistence activities, including access to water.

The rapid rise in the world’s population and our ever-growing dependence on fossil fuel-based modes of production has played a considerable role in the growing concentration of greenhouse gases (GHG) in the atmosphere. As a result, global temperatures are increasing, the sea level is rising and precipitation patterns are changing, while storm surges, floods, droughts and heat waves are becoming more frequent and severe. Subsequently, agricultural production is decreasing, freshwater is becoming more scarce, infectious diseases are on the rise, local livelihoods are being degraded and human well-being is diminishing.

Although indigenous peoples’ “low-carbon” traditional ways of life have contributed little to climate change, indigenous peoples are the most adversely affected by it. This is largely a result of their historic dependence on local biological diversity, ecosystem services and cultural landscapes as a source of sustenance and well-being.

Indigenous peoples are not mere victims

Indigenous peoples, however, are not mere victims of climate change. Comprising only 4% of the world’s population (between 250 to 300 million people), they utilize 22% of the world’s land surface. In doing so, they maintain 80% of the planet’s biodiversity in, or adjacent to, 85% of the world’s protected areas. Indigenous lands also contain hundreds of gigatons of carbon – a recognition that is gradually dawning on industrialized countries that seek to secure significant carbon stocks in an effort to mitigate climate change.

With collective knowledge of the land, sky and sea, these peoples are excellent observers and interpreters of change in the environment. The ensuing community-based and collectively-held knowledge offers valuable insights, complementing scientific data with chronological and landscape-specific precision and detail that is critical for verifying climate models and evaluating climate change scenarios developed by scientists at much broader spatial and temporal scale. Moreover, indigenous knowledge provides a crucial foundation for community-based adaptation and mitigation actions that sustain resilience of social-ecological systems at the interconnected local, regional and global scales.

While unmitigated climate change poses a growing threat to the survival of indigenous peoples, more often than not they continue to be excluded from the global processes of decision and policymaking, such as official UN climate negotiations, that are defining their future.

In addition, poorly designed and implemented climate change adaptation programmes, for example, Reducing Emissions form Deforestation and Degradation (REDD/REDD+) initiatives, often weaken the customary rights of indigenous peoples to their lands and natural resources, impairing their resilience. Indigenous peoples are facing these escalating pressures at a time when their cultures and livelihoods are already exposed to the significant stress of accelerated natural resource development in their traditional territories, due to trade liberalization and globalization.

One significant manifestation of the marginalization of indigenous peoples from the climate change policy and decision-making is the paucity of references in the global climate change discourse to the existing traditional knowledge on climate change. Such international discourse has often failed to consider the valuable insights on direct and indirect impacts, as well as mitigation and adaptation approaches, held by indigenous peoples worldwide. This is particularly evident in the Intergovernmental Panel on Climate Change (IPPC) Assessment Reports released every few years.

The most authoritative and influential reference on climate change in the world, the IPCC Assessment Reports guide governments, policy- and decision-making communities, and non-governmental organizations in planning and implementing their actions. The IPCC Assessment (AR4, published in 2007) noted that indigenous knowledge is “an invaluable basis for developing adaptation and natural resource management strategies in response to environmental and other forms of change.”

This was reaffirmed at the 32nd Session of the IPCC in 2010: “indigenous or traditional knowledge may prove useful for understanding the potential of certain adaptation strategies that are cost-effective, participatory and sustainable.”

Previous IPCC Assessments, however, were unable to access this type of information because, for the most part, traditional knowledge either appears in grey literature outside of peer-reviewed academic forums, or remains in oral form, thereby falling outside the scope of the IPCC process.

Bridging the gaps between traditional knowledge and climate science

To address gaps in available information on traditional knowledge (TK) and climate change adaptation and mitigation, and to promote respect for TK and the role of indigenous peoples in policy development, the United Nations University’s Traditional Knowledge Initiative (UNU-TKI) and the IPCC have partnered. Building on UNU-TKI’s previous work, such as the book Advance Guard, UNU-TKI and the IPCC have been working to organize a series of workshops to ensure that the experience of indigenous and traditional peoples of climate change impacts and their adaptation and mitigation strategies are fully integrated in the next IPCC Assessment Report (AR5) and are widely available to the global community.

The collaboration of IPCC with UNU-TKI is significant at many levels, including:

An important goal of the collaborative workshops – which also include contributions of several other partners (UNDP, UNESCO, and CBD) – is to promote respect for the local and traditional knowledge at the national and local levels. The workshops aim to empower indigenous peoples to have a greater say in developing global, regional and local policies to address climate change that are supportive of their knowledge, culture and self-determined development.

For indigenous peoples, such workshops provide an opportunity not only to present their experiences and knowledge about climate change in their communities, but to gain valuable information on global climate processes that are affecting their communities. Moreover, indigenous peoples learn about other indigenous climate change-related experiences, while scientists gain opportunities to ground-truth (field check) climate models and scenarios.

Resilience in the face of change is embedded in indigenous knowledge and know-how, diversified resources and livelihoods, social institutions and networks, and cultural values and attitudes. Policy responses to climate change should therefore support and enhance indigenous resilience. It is unfortunate, however, that many government policies limit options and reduce choices, thereby constraining, restricting and undermining indigenous peoples’ efforts to adapt. This is reflected in counterproductive policies, including those leading to increased sedentarization, restricted access to traditional territories, substitution of traditional livelihoods, impoverished crop or herd diversity, reduced harvesting opportunities, and erosion of the transmission of indigenous knowledge, values, attitudes and worldviews.

As such cooperation demonstrates, indigenous knowledge holders and scientists are beginning to establish novel collaborative arrangements that are generating new knowledge that would not be created through the efforts of either group alone.

Through initiatives like the UNU-TKI and IPCC workshops, this co-produced knowledge is opening new and important pathways for climate change adaptation and mitigation.

Gleb Raygorodetsky is an Adjunct Research Fellow with the Traditional Knowledge Initiative of the UNU Institute of Advanced Studies and a Research Affiliate with the POLIS Project on Ecological Governance at the Centre for Global Studies, University of Victoria. Born and raised in a coastal village in Kamchatka, Russia, Gleb is a conservation biologist with expertise in resource co-management and traditional knowledge systems. He has lived and worked with the Evèn reindeer herders, the Aleut fur seal hunters, the Caboclos pirarucu fishermen and the Gwich’in caribou hunters.