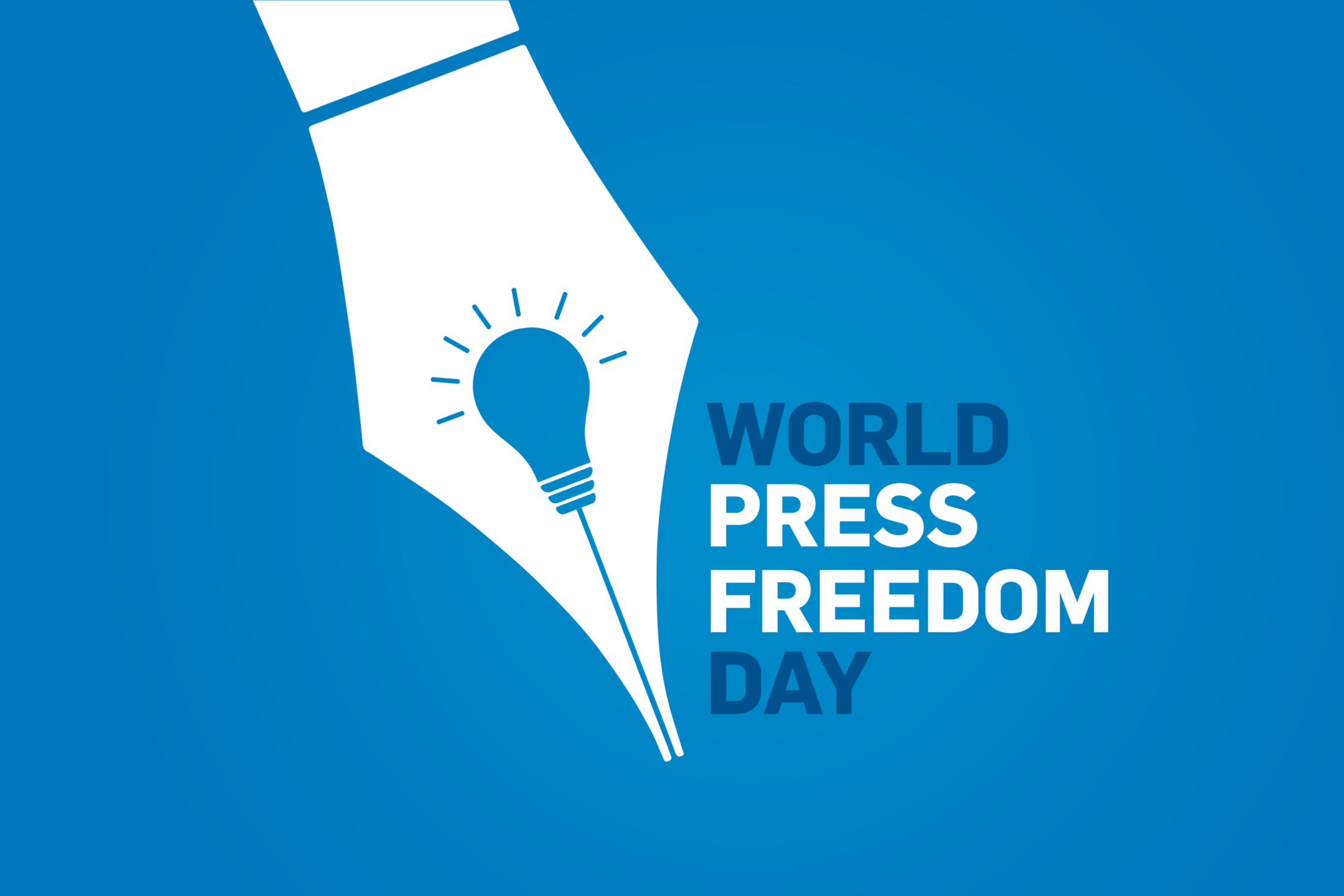 We, the participants at the UNESCO World Press Freedom Day International Conference, held in Windhoek, Namibia, 29 April – 3 May 2021:

RECALLING Article 19 of the Universal Declaration of Human Rights (UDHR), which states: “Everyone has the right to freedom of opinion and expression; this right includes freedom to hold opinions without interference and to seek, receive and impart information and ideas through any media and regardless of frontiers”;

COMMEMORATING the continuing relevance, legacy and role of the 1991 Windhoek Declaration as a catalyst for the proclamation of World Press Freedom Day, and as an inspiration for ongoing action to promote and protect freedom of expression, free, independent and pluralistic media, and access to information around the world;

APPRECIATING the impact and legacy of the regional declarations adopted in the wake of the Windhoek Declaration, namely the Alma Ata, Santiago, Sana’a and Sofia Declarations;

REAFFIRMING paragraph 5 of the 1991 Windhoek Declaration, which states: “The world-wide trend towards democracy and freedom of information and expression is a fundamental contribution to the fulfilment of human aspirations”;

EMPHASISING that information is a public good to which everyone is entitled and, as such, is both a means and an end for the fulfilment of collective human aspirations, including the Agenda 2030 Sustainable Development Goals and the African Union’s Agenda 2063;

CONVINCED that, as a public good, information empowers citizens to exercise their fundamental rights, supports gender equality, and allows for participation and trust in democratic governance and sustainable development, leaving no one behind; and that information as a public good is also a key underpinning of effective measures to address global emergencies, such as climate and health crises, specifically the Covid-19  pandemic;

RECOGNISING the role of journalism in producing and disseminating public interest information, especially in times of crisis, and emphasising the overriding importance of this role remaining free from capture or distorting influence;

ACKNOWLEDGING the far-reaching transformations of the information ecosystem since the adoption of the 1991 Windhoek Declaration, in particular the digital transformation and the enormous role played by the Internet and digital platforms in facilitating the sharing of knowledge and information, including for vulnerable, marginalised groups, independent journalists and human rights organisations;

CONCERNED at the increasing proliferation, amplification and promotion, through human and automated systems, of potentially harmful content digitally, including disinformation and hate speech, which undermines people’s rights and the quality of collective public debate;

COGNISANT of the fact that there are no easy solutions to modern digital challenges which are both effective in addressing potential harms and yet maintain respect for freedom of expression as guaranteed under international law;

ALARMED by both enduring and new threats to the safety of journalists and the free exercise of journalism, including killings, harassment of women, offline and online attacks, intimidation and the promotion of fear, and arbitrary detentions, as well as the adoption of laws which unduly restrict freedom of expression and access to information in the name, among other things, of prohibiting false information, protecting national security and combating violent extremism; and also deeply concerned at the increasing numbers of Internet disruptions, including Internet shutdowns, particularly during elections and protests;

TROUBLED by the severe economic crisis which is posing an existential threat to independent news media worldwide, and recalling that economic sustainability of free media is a key prerequisite for its independence, as enshrined in paragraph 2 of the 1991 Windhoek Declaration, which states: “By an independent press, we mean a press independent from governmental, political and economic control or from control of materials and infrastructure essential for the production and dissemination of newspapers, magazines and periodicals”;

HIGHLIGHTING the urgency of equipping citizens worldwide, including youth and marginalised groups, with media and information literacy competences, developed through a gender sensitive approach, to enable them to navigate the evolving information landscape, and to promote freedom of expression and access to information as a public good.

We Call on all Governments to:

COMMIT to creating a positive enabling environment for freedom of expression and access to information, online and offline, in line with international guarantees of these rights, including a free, independent and pluralistic media, through adopting appropriate legal measures in a transparent manner and following adequate public consultation, guaranteeing the exercise of journalism free of governmental interference, whether formal or informal, promoting universal access to the Internet, and taking measures to reinforce the safety of journalists, including with a specific focus on women journalists;

TAKE effective steps to nurture a diversity of viable public, private and community media, and implement specific policies, along with relevant safeguards, to promote the production of independent, quality journalism, with the aim of ensuring people’s access to relevant, diverse and reliable information;

ENSURE that flows of funding from public sources to the media, including subsidies and advertising, are allocated fairly and overseen in an independent and transparent manner; and guarantee investment in journalism and jobs, while respecting gender equality and promoting decent working conditions;

MAINSTREAM media and information literacy into strategies and action plans in order to build the resilience of citizens to misinformation, disinformation and hate speech, and promote civic participation in democratic life;

ALLOCATE adequate human, financial and technical resources, including as part of development assistance support, to ensure the proper implementation of the steps and measures outlined in this Declaration.

We Call on UNESCO and other Intergovernmental Organisations to:

REINFORCE cooperation with governments and civil society organisations in order to safeguard and enhance guarantees for the full exercise of the right to information and freedom of expression, both online and offline, with a particular focus on strengthening media freedom, pluralism and independence as well as media viability, transparency of digital platforms, and media and information literacy;

ENCOURAGE the development of joint funding instruments supported by a combination of States, multilateral institutions, private foundations and philanthropists to promote information as a public good.

We Call on Technology Companies to:

WORK to ensure transparency in relation to their human and automated systems which could impact user interaction with content, as well as their terms and conditions of service;

PROVIDE robust notice and appeals opportunities to users, process complaints and redress requests from users in a fair manner, and take action whenever their terms and conditions of service are breached;

CONDUCT transparent human rights risk assessments, including to identify threats to freedom of expression, access to information and privacy, take appropriate action to eliminate or mitigate those threats, and disclose the impact of those actions;

SUPPORT information as a public good in various ways, for example through fair and inclusive partnership arrangements, which may include donations or other financial measures, and the protection of journalists who are the victims or at risk of online attacks.

We Call on journalists, media outlets, civil society and academia to:

ADVOCATE with States and digital platforms, as part of their wider protection of freedom of expression and information as a public good, to recognise media viability as a priority;

UNDERTAKE monitoring, advocacy, research, policy development, awareness raising, including among official actors, and the provision of expertise and support to address problems caused by measures taken by governments and digital platforms, including due to their lack of transparency, and to increase their engagement in media and information literacy actions;

PROMOTE a more inclusive, pluralistic and sustainable media sector, including through measures that promote the involvement of young people, women and marginalised groups in the media.

We Call  for Collective Action to:

WORK TOGETHER to ensure the effective realisation of the steps and measures outlined in this Declaration;

AGREE AND ADOPT new and innovative measures and mechanisms, including of a multilateral and multi-stakeholder nature, following broad consultative processes, to ensure respect by States for freedom of expression and access to information, and that digital platforms’ practices and systems which affect user interaction with information are appropriately transparent;

COLLABORATE through multilateral fora to promote respect by governments, intergovernmental organisations and digital platforms for human rights, including freedom of expression, access to information and the safety of journalists.

Road map for the future

The world today faces critical new and historic challenges to freedom of expression which require concerted global action by all stakeholders. The 1991 Windhoek Declaration was a bold and forward-looking statement that has helped to change the world for the better over the last 30 years. It is now time for the generation of 2021 to make our contribution.

Press freedom, independence and pluralism remain major goals to guarantee information as a public good that serves as a shared resource for the whole of humanity. To these goals we now add those of media viability, transparency of digital platforms, and citizens empowered with media and information literacy.

This Windhoek+30 Declaration pays tribute to those who opened up this path. Now, let each of us resolve to do our part to help secure information as a public good as an urgent need today, and as a legacy for those who come after us. 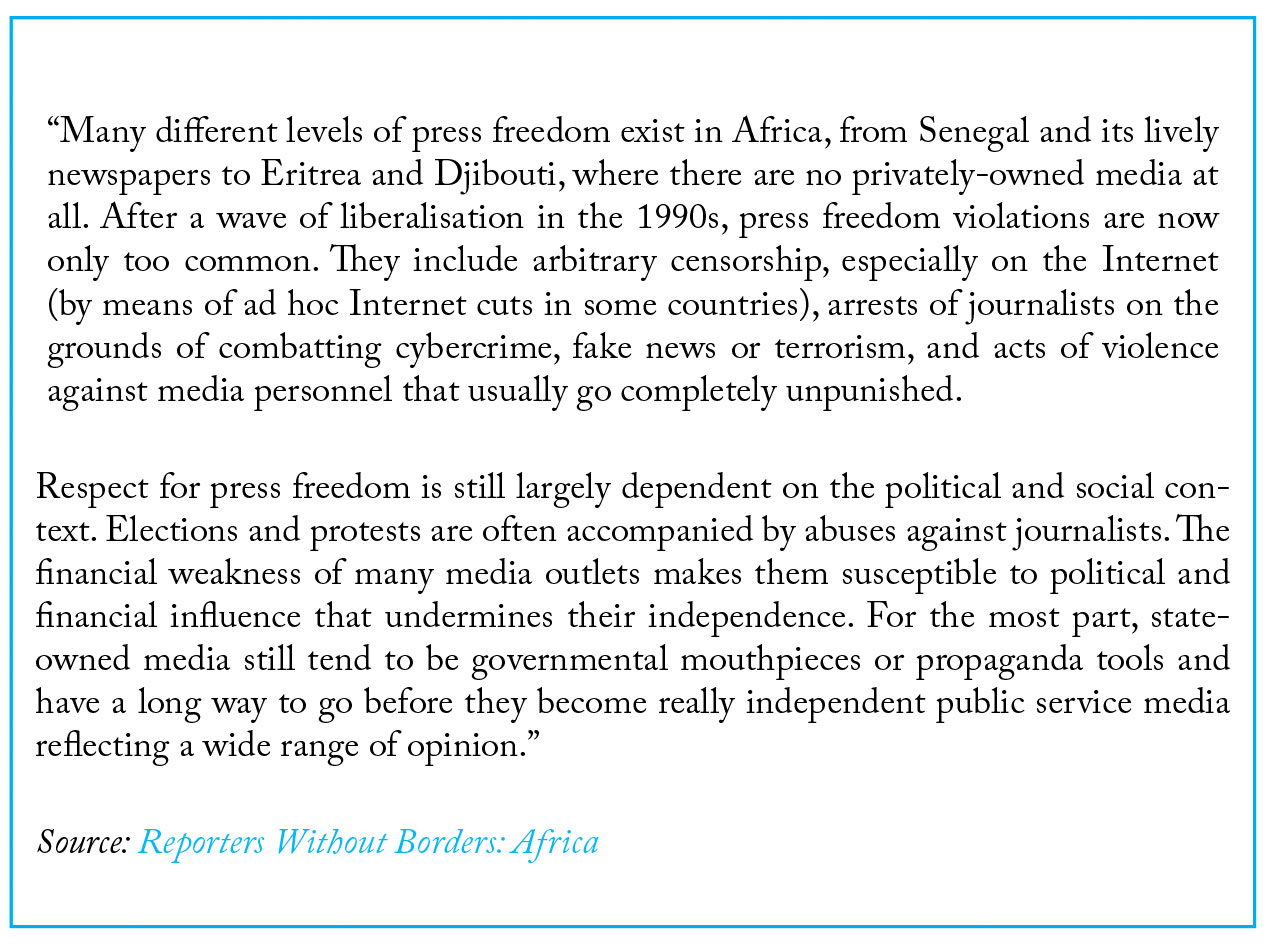