Asia’s representation of women in the news still below global average
36714
post-template-default,single,single-post,postid-36714,single-format-standard,theme-bridge,bridge-core-3.0.1,woocommerce-no-js,qodef-qi--no-touch,qi-addons-for-elementor-1.5.4,qode-page-transition-enabled,ajax_fade,page_not_loaded,,qode-title-hidden,columns-4,qode-child-theme-ver-1.0.0,qode-theme-ver-28.6,qode-theme-bridge,qode_header_in_grid,qode-wpml-enabled,wpb-js-composer js-comp-ver-6.9.0,vc_responsive,elementor-default,elementor-kit-41156

In 2020, women in Asia made up only 21% of people seen, heard, or read about in newspaper, radio, television and digital news, a “marginal improvement” from 10 to 15 years ago, and better than 25 years, but still “consistently below the global average” of 24-25%, according to preliminary results of the sixth Global Media Monitoring Project (GMMP), which was shared by GMMP Global co-ordinator Sarah Macharia at an online roundtable discussion April 21.

“What is startling about the GMMP numbers overall in the period since 1995 is just how slow the pace of change towards parity has remained,” said Macharia at the event, Neutral, Biased or Blind? Pakistani Media in Times of Covid, organized by the Center for Women’s Global Leadership, and WACC partner UKS Research Pakistan. “It is clear that the news media still have a long way to go to reflect reality.”

She cited that only 14% of experts quoted in Covid-19 related stories are women. “This gender composition of experts in the news is partly a reflection of the physical world in which women make up the majority of health sector workers, but they are underrepresented in high skilled jobs,” said Macharia, adding that it is also “partly a problem of the media gender bias, given the gap between the sex ratio of health experts in reality and the same as expert interviewees.” She noted that statistics from the Organisation of Economic Co-operation and Development (OECD) show that the percentage of women doctors in Asia range from 30-50%. “One out of six [women tapped as experts] is really a severe under-representation.” 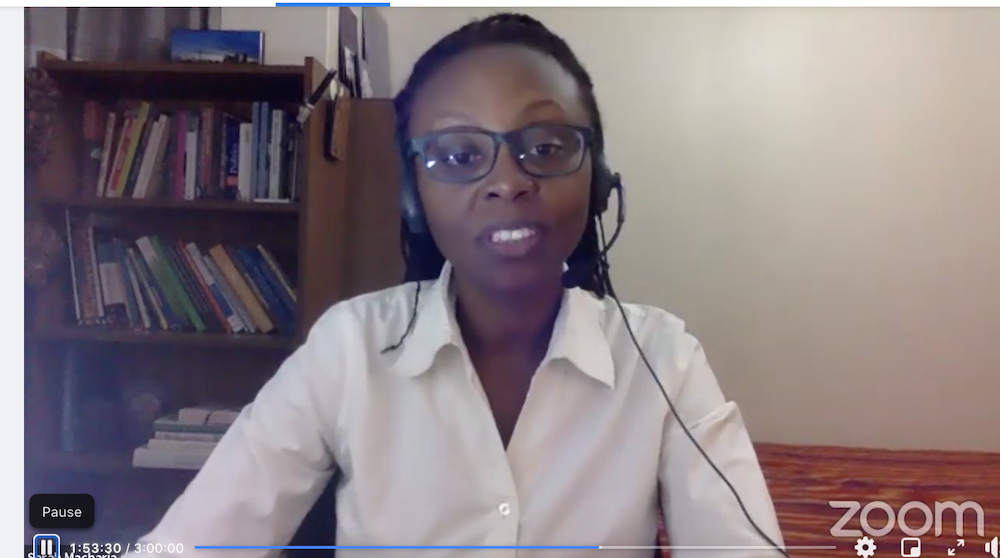 Stories that are not about Covid-19 are also more likely to challenge gender stereotypes than stories related to the pandemic, said Macharia, adding that it was rather surprising given that it has become common knowledge that “gender inequalities have become more pronounced as a result of the pandemic.”

In Sri Lanka and other parts of South Asia, the increased burden of domestic care was not reported as much, said Dirukshi Handunnetti, a journalist, media trainer and lawyer. There was also a lot of “stigmatising, demonizing, and invisibilization” of women, she said, citing the experiences of migrant domestic workers and caregivers who were forced to come home during the pandemic. Many of them were Muslims and were dubbed “Covid bombs” by some ministers in office, she said.

Handunnetti focused on what she referred to as “stories we didn’t tell,” which also included domestic violence, as well as women’s contributions in addressing the impacts of the pandemic.

Shireen Pervin Huq, founder of Naripokkho, a women’s rights NGO in Bangladesh, said that stories about violence against women are much more visible in Bangladeshi media than stories about gender discrimination.  She cited the failure to see how misogyny has part of the country’s culture and politics for so long.

In India, journalist Nupur Basu discussed the violence and resistance faced by women health workers from various communities. She also noted how media has also failed to write stories about the plight of women in the informal sector of the economy.

Cosette Thompson, senior program lead at Rutgers University’s Center for Women’s Global Leadership,  discussed the plight of single mothers in the U.S., whose experience during the pandemic, she said, has gone unnoticed. The news media has also failed to report on intensified forms of gender-based violence, she said, noting that this was not just a Pakistani phenomenon.