Between criminalisation and violence: Migration as seen by Latin American media
37681
post-template-default,single,single-post,postid-37681,single-format-standard,theme-bridge,bridge-core-3.0.1,woocommerce-no-js,qodef-qi--no-touch,qi-addons-for-elementor-1.5.1,qode-page-transition-enabled,ajax_fade,page_not_loaded,,qode-title-hidden,columns-4,qode-child-theme-ver-1.0.0,qode-theme-ver-28.6,qode-theme-bridge,qode_header_in_grid,qode-wpml-enabled,wpb-js-composer js-comp-ver-6.8.0,vc_responsive,elementor-default,elementor-kit-41156 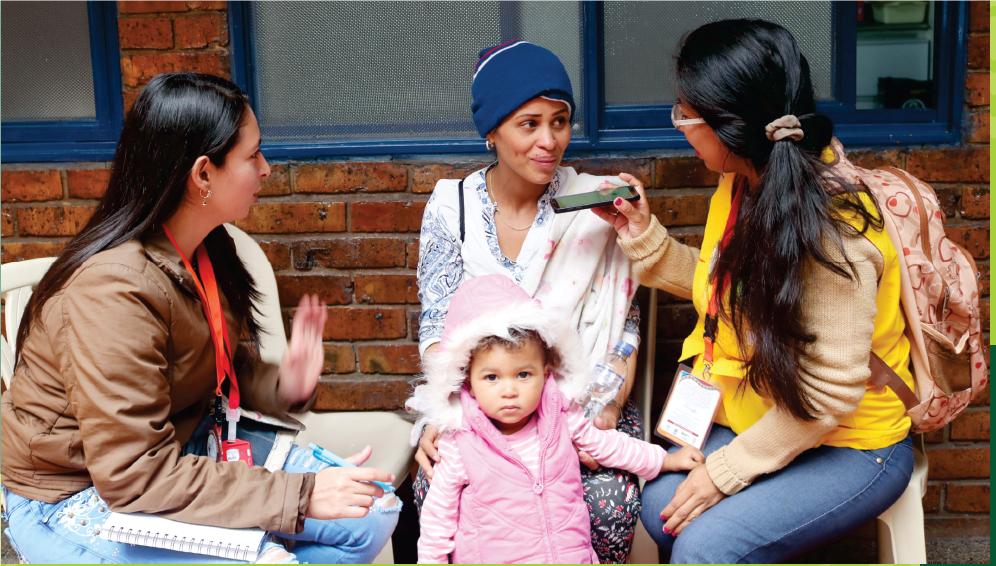 30 Jul 2021 Between criminalisation and violence: Migration as seen by Latin American media

On July 23, 2021 communication experts shared their work in defence of the right to migrate from a communication rights perspective during the online forum “Latin America, a neighbourhood on the move: the Venezuelan people and the phenomenon of human mobility.” The event was organised by the Regional Executive Committee (REC) of WACC Latin America and Grupo Comunicarte and Fundacion Comunicacion Positiva, the two Colombia-based partners implementing WACC’s migration and communication project in Colombia and Venezuela entitled “Network of Colombian and Venezuelan Citizen Reporters on Migration.”

Carlos Krisch, coordinator of the Network of Colombian and Venezuelan Citizen Reporters on Migration, shared reflections on media discourses that produce xenophobia in the context of border migration between Colombia and Venezuela.

Lorenzo Vargas, on behalf of WACC Global, highlighted the importance of working to empower those who are left out of media and digital structures and to promote democracy and social justice, which in practice means addressing injustice and inequality in the media and communications.

María Teresa Cutimbo, from CORAPE in Ecuador, referred to the high level of migration in her country since the 1970s. “Ecuador hosts more than 432,000 Venezuelans.” She pointed out that, due to the COVID-19 crisis, many people lost their source of income and were evicted from their homes. “Today they are once again finding space for themselves in the country’s economic activity.”

Cutimbo shared an analysis of journalists’ perceptions of migration in which, through media discourse, rejection of the Venezuelan migrant population is clearly visible, identifying them as people who take jobs away from the local population, who do not contribute to the national economy, and who increase begging, poverty, and crime.

Analí Briceño, a member of the Jesuit Refugee Migrant Service (SJR) in Peru, stressed that her country was not a migrant-receiving country. On the contrary, it was a sender. But, since 2015 migration projects have begun in the country. “We were the first country to allow refugee applications from Venezuelans. But the problem is that the system is overwhelmed and does not respond to these requests.”

For Briceño, the main challenges are the lack of channels and mechanisms to regulate the population and the situation of collective deportations.

During her intervention, Gabriela Liguori, Coordinator of the Argentinean Commission for Refugees and Migrants (CAREF), argued that Argentina has received large numbers of migrants from other Latin American countries, many of whom have been victims of invisibilisation and xenophobia.