Posted at 22:20h in Media Development by wacc_kn 0 Comments 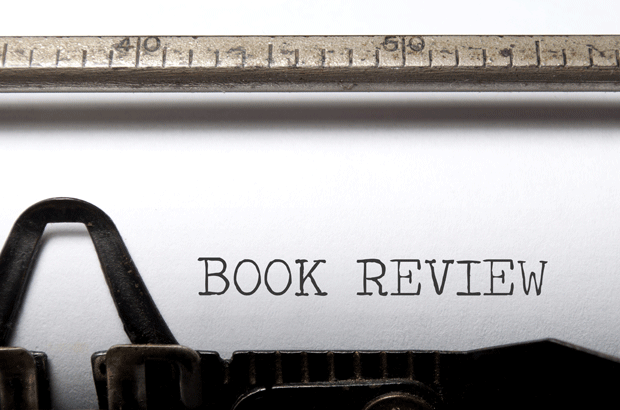 Emerging Trends is one of the most illuminating and thought-provoking compilation of works in communication. Chapter 1 takes us behind the scene to clearly address the distinction between sex and gender. This contribution by Nnanyelugo Okoro, Ijeorna Ajaero and Chidiebere Nwachuckwu titled Contemporary Issues in Gender Studies” offers an in-depth knowledge of the evolution of gender as a concept with vivid explanations on leading-edge issues and theories that have emerged over the years.
Chapter 2 titled “Professionalism and Ethical Standards with Mainstreaming Gender Perspectives: Challenge to Journalism Education and Practice in Nigeria and subSaharan Africa” gives an insight into the dimensions of gender inequalities as experienced both at informal and formal institutions. The informal institutions refer to gender inequality as long lasting codes of conduct, norms, traditions that contribute to gender inequality in all spheres of life, while formal institutions embrace economic, political, legal, social and labour markets (p. 41).

Chapter 3, “Reading Gender in Nigerian Football Media Narratives” is a well written contribution by Chuka Onwumechili and Koren Bedeau. The Nigerian Football administration was blamed for often neglecting or at best giving lip services to the needs of female teams. More so, an accusing finger was also pointed at the mass media for the gender biases in reporting women football. Chapter 4, titled “Health Communication Strategies” sees the mass media and interpersonal communication as effective channels that can play pivotal roles in all health communication interventions. The authors make the observation that health communication is not executed haphazardly, but it is process-driven.

An attempt is made in Chapter 5, “Awareness Creation on Discordant Couples and HIV/ AIDS Transmission in Nigeria: Implications of HIV Prevention Policies”, to analyse empiric al studies conducted by some scholars which revealed that not much awareness has been created in the area of HIV discordant relationships. Public campaigns targeting couples are not as vibrant, memorable and personalized as messages targeting individuals.

Godwin B. Okon’s contribution in chapter 6 titled, “Contextualization of Non-Communicable heart disease (NCHD) in selected Nigerian Newspapers: Approaches and Patterns” draws attention to the potency of the media in handling health-related issues. As an agent of change and strong influence, the media help individuals make sense of their health issues. The author noted that as things stand today, the media (newspapers) have not adequately projected issues on NCHD.

Chapter 7 titled “Emerging Developments in Political Communication in Nigeria” by J. A. Sambe highlights the idea that political development in the country is strongly related to the media. This means that Nigerian mass media have been shaped by, as well as shaped, the political realities of Nigeria. Given that the media played a crucial role in fighting colonialism and achieving a nationalist government, it would be difficult to divorce media from politics within the country.

In a related title in chapter 8, “Emerging Trends in Political Communication” Gregory Ezeah and Celestine Verlumun Gever x-ray political communication from the point of view of new media’s influence on the scheme of things. To the authors, political communication was a major aspect of political activities and the old media made it possible. However, the emerging trend now is the place of new media in political communication, which includes high reliance on new communication  technology.
“Media, Politics of Change, and the End of Jonathan’s presidency via the 2015 Presidential Election in Nigeria” is the title of chapter 9 handled by Nnamdi Ekenyanwu. The paper argues that, while the relationship between the media and politics has not been that smooth, the infiltration of politicians into media ownership has jeopardized the power of the media in being the fourth estate of the realm.

Chapter 10 written by B.J.C. Anyanwu titled “The Role of Money in Political Communication in Nigeria: An Expose” indicates that in Nigeria, politicians are encouraged to give money to electorates to ensure their votes. The author argues that while the money may not influence voters to vote for the candidate sharing the money, it will certainly influence the stakeholder party agents and electoral officials.

Umaru Pate and Sharafa Dauda, who made their contributions in chapter 11 of this work titled “The Media, Responsibility and Conflict –Sensitive Reporting in Nigeria” look at the level at which the media in Nigeria have thrown caution to wind in the media clamour for attention and recognition. They argue that it is not about being the first to report an issue, but reporting sensitive issues with high sense of responsibility.

“Bad Governance, Corruption and the Image of Nigeria in the Media” which constitutes chapter 12 of this work and was contributed by Sunny Udeze, Julius Aja and Julius Nwosu, examines bad governance and corruption as cancerous vices that have eaten deep into the fabric of the country. The authors propose that if there is no bad governance, there won’t be corruption; if there is no corruption, most of the social ills experience won’t be seen in the society.

Ike Ndolo, Sunny Udeze and Julius Ajah, in chapter 13 contribute “Legal Constraints on the Practice of Journalism in Nigeria”, which examines the various laws affecting the practice of journalism in the country. The authors argue that the substance of democracy and the full implementation of the freedom of information Act 2011 will ensure the freedom of press with responsibilities.

In chapter 14 Uwen Akpan and Julius Nwosu in their article titled “Journalism, Politics and the Blurring Line: the Dissolve of the Watchdog and the Master”, noted that some media houses, in their quest to stay afloat, have crossed the line between politics and watchdog. They argue that the media in some quarters have become an  instrument in the hands of the government.

Levi Chnaka Nwodu and Venatus osike Agbanu in chapter 15 wrote on “Social Media and Political Transformation in Africa: Bridging the Rural-Urban Information Gap.” This study shows how social media have aided the political transformation of Africa. The authors argue that the media have helped the Western world in a remarkable way and are presently benefiting African countries, especially on the political frontiers. Chapter 16 titled “Media Power and Elections: A Review of the March 2015 Presidential Election in Nigeria” written by Cosmas Nwokeafor media’s power in electioneering processes. The author argues that during elections, the media’s power lies in its ability to sway electorates in favour of one candidate or the other.

Chapter 17 is on “Challenges and Usage Pattern of the Internet among, Academics in Nigerian Universities”. The use of the Internet in teaching and research is identified by the authors (Ike Ndolo and Cornelius Ukwueze) as indispensable to academics, owing to their career demand of, either “publish” or “perish”.

Innocent Okoye and Agnes Ahmadu explore “The Psychology of Mass Communication” in chapter 18 where they argue that media psychology deals with the understanding of the interactions between individual, groups, society and technology.
Writing on communicating the faith, Obiora Ike, in his article titled “Communication faith in the Diversity of cultures: Mission of the Catholic Intellectual and social Ethical Tradition” proposes that the only way to solve the social problems of the world vis a vis Nigeria is to follow the footsteps of Jesus Christ of Nazareth who enjoined everyone to be the light of the world and the salt of the earth.

Chapter 20 looks at “The Press and Mainstreaming of Nigeria’s Foreign Policy” by K.O. Nworgu and Samuel Ezeanyika. The authors argue that the media have actually done a great deal to promote the country’s foreign policy.