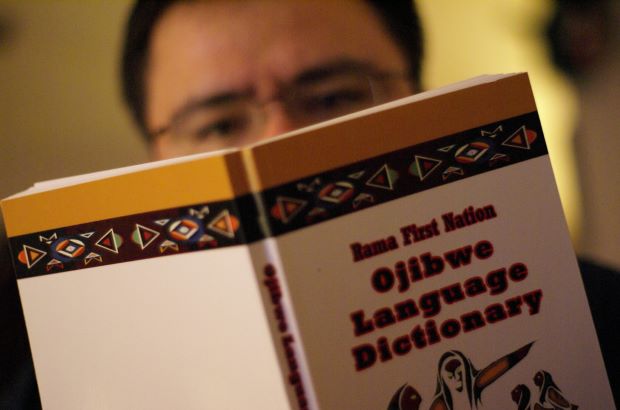 Every two weeks, at least one of the world’s 7,000 distinct languages “disappear,” the Living Tongues Institute for Endangered Languages warned over a decade ago.

Today, in Canada, three quarters of the estimated 80-90 First Nations languages are “definitely, severely, or critically endangered,” while the rest are classified as “vulnerable, unsafe,” according to the UNESCO Atlas of the World’s Languages in Danger Project.

It will require a “communal Indigenous, Canadian, and religious group commitment” to protect and revitalize these languages, says National Indigenous Anglican Archbishop Mark MacDonald. “The  Māori example would indicate that this is required. It is important to note that the church was a critical component of the work.” The Māori language, te reo Māori, is now undergoing a renaissance in New Zealand, according to news reports. 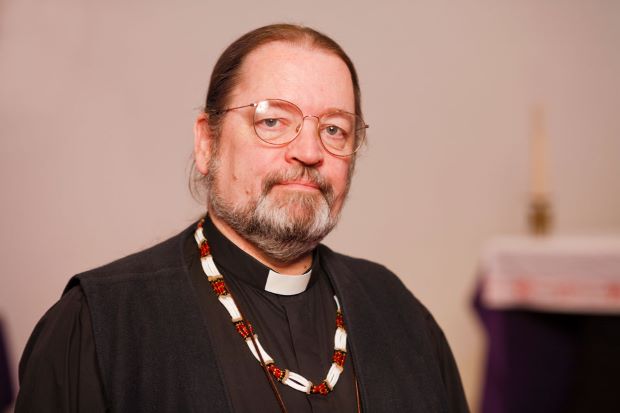 The Act was, however, met with mixed reactions.

“I believe it is a beginning,” says MacDonald, but adds, “I share some of the concerns expressed by Inuit leaders and others…We will see how dedicated it is.”

Inuit leaders told the CBC that the Act, formerly known as Bill C-91 does not address their concerns, especially around accessing public services like health care, education and justice in Indigenous languages.

Critics of the Act also say that, at the very least, any law that aims to revitalize Canada’s Indigenous languages must grant Indigenous people the right to educate their children in their ancestral languages, in publicly-funded immersion schools.

But other organizations like the First Peoples’ Cultural Council (FPCC) on Vancouver Island, support the Act.

“Up until now there has been no federal law that recognizes and protects the original languages of this land,” says Aliana Parker, FPCC language programs manager. “We believe that this legislation has been long overdue and we’re hopeful that it will help turn the page on [Canada’s] colonial history. It is a concrete step towards reconciliation.”

Parker expresses the hope that, “with the implementation of this Act, we will see the federal government provide sustained, adequate and long-term funding for the revitalization of [First Nations] languages across Canada,” and that it will also “allow for the creation of policies that support Indigenous-directed language revitalization at all levels.” 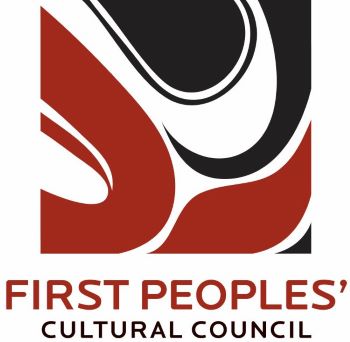 Why does the protection and revitalization of Indigenous languages matter?

“Cultural integrity and the survival of linguistic and cultural diversity is critical for human survival,” says MacDonald. “We are learning much about the importance of Indigenous cultural knowledge, so deeply and dearly embedded in language, and its relationship to ecological knowledge that is vital to the survival of the planet.”

MacDonald adds that for Christians, “the incarnation of the essentials of the faith in language, is critical to the development of the theological understanding of the Gospel.” This, he adds, “is the meaning of the Pentecost miracle. Christian faith thrives in translation.”

Strong links to language and culture “are the foundations for personal identity and sense of belonging,” says Parker. “They support healthy individuals and communities in terms of improved health, economic and educational outcomes.”

It is also important to protect and revitalize Indigenous languages because they are “an integral part of Canada’s unique culture and history,” adds Parker. “These languages are spoken nowhere else in the world. And they have developed a very deep connection to the land in which they are spoken.”

MacDonald and Parker attribute colonization and the church-run, federally-funded residential schools to the decline in Indigenous languages. In the 19th century, about 150,000 First Nation, Inuit and Métis children across Canada were removed from their communities and forced to attend residential schools. “There was a determined and often violent attempt to eliminate
languages, especially in the residential schools,” says MacDonald.

Canada has had a long history of “enforcing assimilation of Indigenous nations, cultures and languages,” says Parker.

The revitalization and protection of Indigenous languages was among the Calls to Action recommended by the Truth and Reconciliation Commission of Canada, which was tasked with creating a historical record of the residential school system and facilitating reconciliation among former students, their families, their communities and all Canadians.

“There’s a lot of work that needs to be done to redress the more than 150 years of systemic government policies and residential schools,” says Parker.

In a report published in 2018, the FPCC found that only 3% of British Columbia’s Indigenous population are fluent speakers of their ancestral languages. Over half of them are ages 65 and over, a declining population.

Still, there are hopeful signs that the efforts of grassroots Indigenous groups like the FPCC are bearing fruit, says Parker. First Nations language learners in B.C. now comprise 10.2% of the Indigenous population, a 7.2% increase from the previous 2.8% recorded in 2014. Furthermore, the vast number of them (78.1%) are ages 0-24 years.

“We have seen a lot of work over a number of decades, especially the last decade, of people working in their communities and in their homes to revitalize their languages,” says Parker.

The FPCC, for one, is focused on supporting the documentation of First Nations languages in B.C., the teaching of Indigenous languages through immersion, and helping communities develop and implement strategic language revitalization plans, she says. The FPCC has a program called First Voices, which gives communities a free platform to create their own digital archives online. Indigenous communities retain ownership of their data and decide how and where that is shared and used, she emphasizes.

There has also been “an increased awareness” about the need to revitalize and protect Indigenous languages on the part of federal and provincial government, says Parker.

Last year, the provincial government in British Columbia invested $50 million in First Nations languages through FPCC. In 2019, to support the implementation of the Indigenous Languages Act, the federal government invested $333.7 million over the next five years.

“We are grateful to both for steeping up and providing much-needed funding,” she says. But she adds, “It’s going to take a lot more. We do need long-term, sustained investment for the languages so that communities can develop long-term plans, implement those and expand their language programming in communities.”

Parker says the FPCC remains hopeful about the future of Indigenous languages in Canada, and prefers to see them as “sleeping,” not “dying.”

“We work to awaken them,” she says.  — by Marites Sison

Photo above: In Canada, a growing number of people are learning an Aboriginal language as a second language, according.  However, the number of people with First Nations language as their  mother tongue is declining, since most of them are ages 65 and over.  By  Robert Snache-Spirithands/Flickr.com